FBI Director James Comey stood by his decision not to call for charges against former Secretary of State Hillary Clinton, saying “no reasonable prosecutor” would have pressed charges. (Photo by Emily Zentner/Cronkite News) 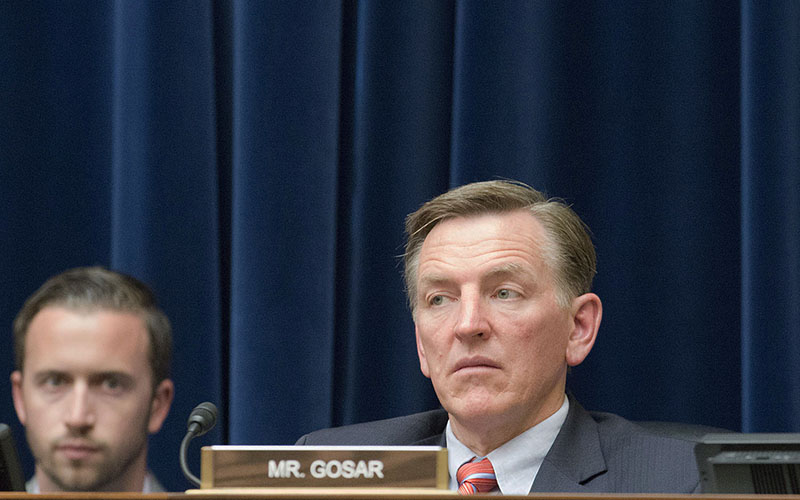 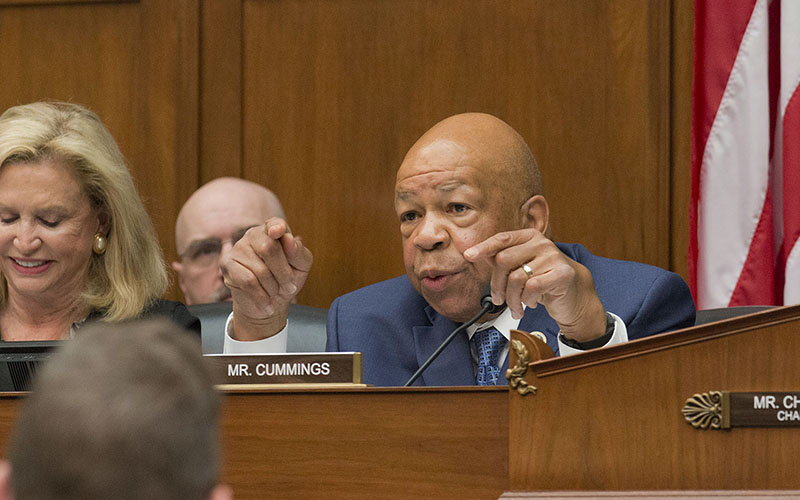 The comments came in an emergency hearing of the House Oversight and Government Reform Committee called just two days after Comey announced his recommendation, which some committee members deemed “mystifying.”

“I think you should have recommended that Clinton be prosecuted,” said Rep. Paul Gosar, R-Prescott, to Comey. “If not now, who? When?”

But Comey said that while the FBI’s year-long investigation turned up “evidence of great carelessness,” he stood by his decision not to recommend prosecution.

“I know no reasonable prosecutor would take this case,” Comey said. “It takes mishandling it (the information) and it takes criminal intent.”

Democrats agreed with Comey and called the hearing little more than another Republican attempt to politicize the probe against Clinton, the presumptive Democratic nominee for president this fall.

“In their (Republicans’) eyes, you had one job and one job only: to prosecute Hillary Clinton,” said Rep. Elijah Cummings, D-Maryland, to Comey. “Everyone knows what this committee is doing.”

Attorney General Loretta Lynch said on Wednesday that the Justice Department would accept Comey’s recommendation and would not file charges in the case.

The issue began last year, when it came out that Clinton had used a private email address and server to send and store official emails while she was secretary of State.

Comey said Tuesday that the FBI’s investigation of the issue ultimately turned up 110 emails, out of more than 30,000 on Clinton’s private servers, that contained confidential information.

When Rep. Buddy Carter, R-Georgia, said it “seems to me like you have a hell of a case” to prosecute Clinton, Comey said he didn’t agree and was “trying to explain why.”

“The precedent that I’m setting today is my absolute best effort to treat everybody fairly,” Comey said.

Republicans also focused questioning on Clinton’s past statements, in which she denied sending confidential information over the server and claimed that she had turned in all work-related emails to the State Department.

Comey said investigators had no basis to believe that Clinton lied to the FBI during a 3-1/2 hour interview last Saturday, but Gosar and others are calling for perjury charges against Clinton for these remarks.

“He (Comey) defined all the allegations as being contradictory to what Ms. Clinton actually did, so it validated that there was a problem,” Gosar said after the hearing.

“What we found out was that this investigation was very narrow in its scope and did not consider some of the testimony Ms. Clinton has put out under oath or in the public sphere,” he said.

But Democrats commended Comey for weathering Republican attacks on the investigation, with Rep. Jim Cooper, D-Tennessee, accusing some committee members of trying to be “armchair prosecutors” in a partisan fight.

“We’re all very partisan here,” Cooper said. “This a moment for committee members to take a deep breath and calm down.”

Chaffetz, the committee chairman, plans to continue the email probe, saying he would ask the attorney general to investigate claims that Clinton may have lied under oath. The oversight committee will also hold another hearing to examine the “lax security culture” at the State Department under Clinton.