Community leaders representing numerous advocacy groups, along with Democratic Congressional representatives, said at a forum at the Greater Bethel A.M.E. Church in south Phoenix that the long wait times at Maricopa County election sites prevented many people from voting.

Maricopa County had only 60 polling places, including one serving all of south Phoenix for the March 22 election, said Gallego, a Democrat who represents the area. Thousands of voters faced long lines, with many waiting hours after the polls closed, some turned away and others offered a provisional ballot when their party registration did not match voter rolls.

Gallego called it “an absolute debacle caused by our county recorder” and said that failures like this discourage minority voters from turning out for future elections.

The proposed fix is H.R. 885, or the Voting Rights Amendment Act, which would increase federal oversight of new voting restrictions. Arizona was among the states previously required to receive “preclearance” from Department of Justice before making Election Day changes such as poll closures. The Supreme Court overturned those requirements in a landmark voting rights case, Shelby v. Holder.

Daniel Ortega, a civil rights attorney said that preclearance was a “checkpoint for democracy.”

Ann Hart, who chairs the Maricopa County NAACP, said that in addition to disenfranchising minority communities, the long lines also hindered those with physical and intellectual disabilities.

“We have many people that are impaired and suffer different types of disabilities,” Hart said. “The voting polls that I experienced, it was very humiliating for people that had impairments to be able to participate in this process.” 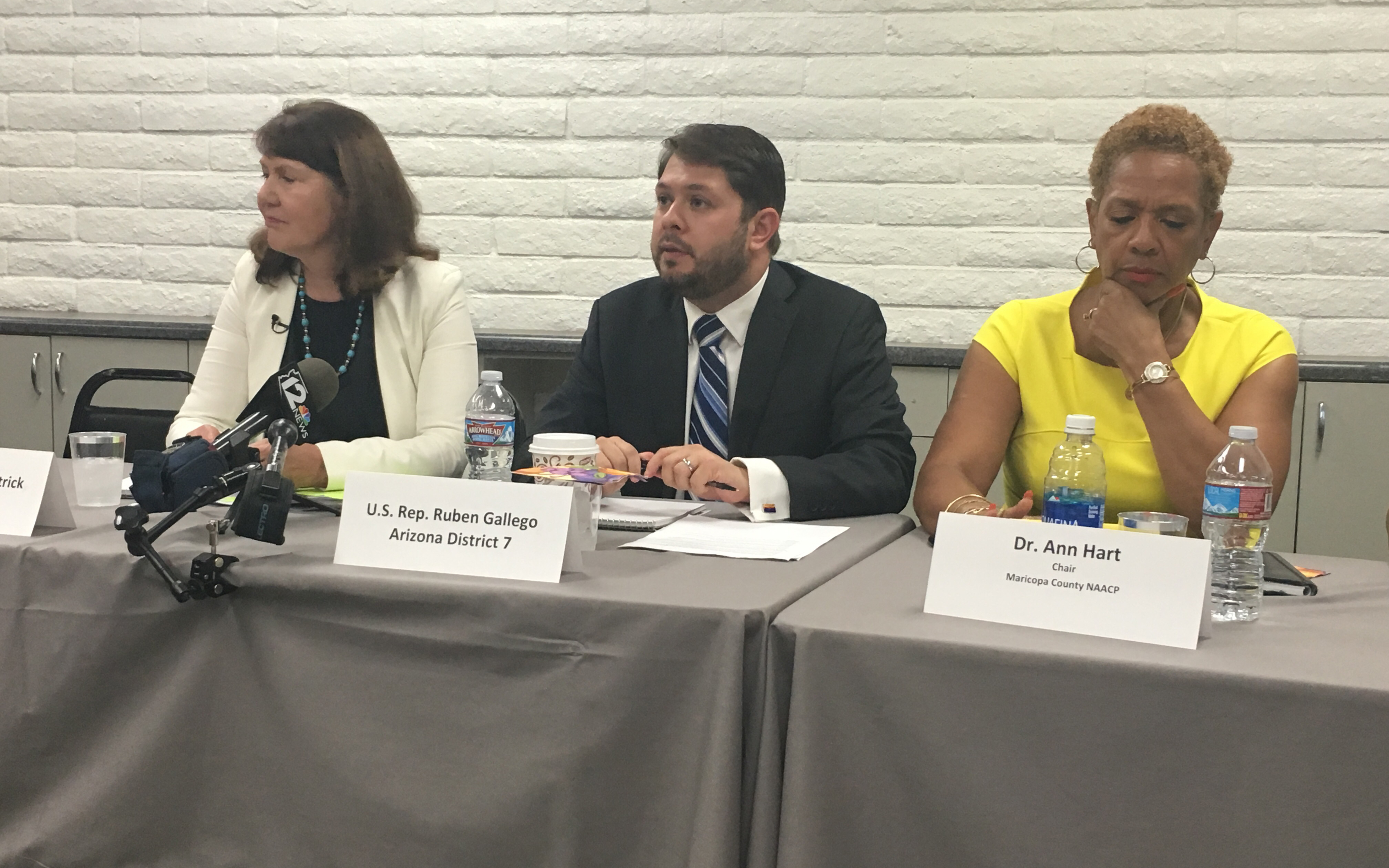 “Was it intentional? Hell yeah, it was intentional,” Campbell said. “We need to go talk to Helen Purcell. You’ve been here a long time, it’s time to go.”

Purcell, who later apologized for the debacle, said she had reduced the number of polling places to save money. A spokeswoman for Purcell said Wednesday she plans to run again.

“We appreciate their quest to get to the bottom of everything,” said Matt Roberts, a spokesman for Secretary of State Michele Reagan. The November general election will be fine, according to Roberts and Elizabeth Bartholomew, a spokeswoman for the Maricopa County Recorder’s Office.

“We anticipate things will go smoothly and have backup procedures in case something does happen,” Bartholomew said, with 724 polling places planned.

A Maricopa Superior Court Judge tossed out a lawsuit filed against Reagan and Arizona counties claiming misconduct. But the U.S. Justice Department is investigating the accusations.

Alex Gomez, a member of Living United for Change in Arizona, echoed Campbell’s sentiments, saying that the poll problems were a reaction to the changing demographics of Arizona, including the growth of Latino voters.

“That was a direct result of all the power building we have been doing since 2010. Our electorate is growing, our community is changing. This was an attack. An attempt to stop that political growth,” she said.

“We believe it should be as easy as possible for every eligible voter to register and cast a ballot,” he said.