Sen. Bernie Sanders, D-Vermont, had more donors and collected more campaign donations from Arizona in his presidential campaign than Hillary Clinton but she won more votes from the state on her march to the party’s nomination. (Photo by Jonathan Ernst/Reuters) 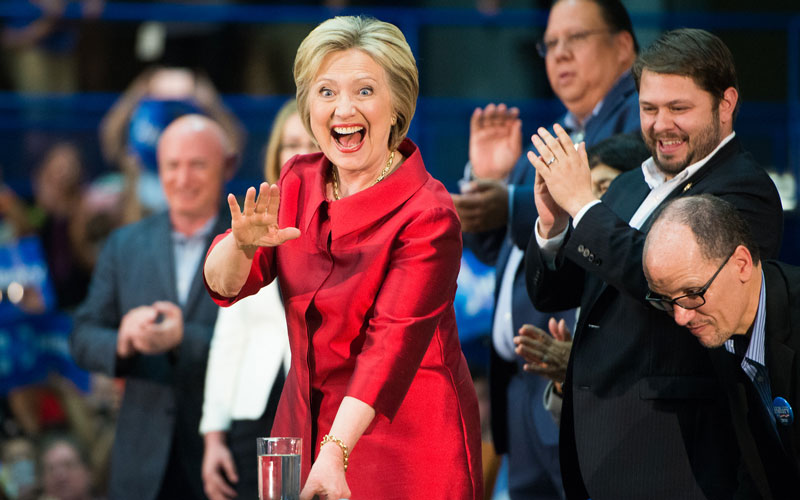 WASHINGTON – Sen. Bernie Sanders’ web-driven, grass-roots campaign had close to three times as many contributions from Arizonans and brought in about $123,000 more than Hillary Clinton, out of the $3 million Democratic presidential hopefuls raised in the state.

But the Vermont Democrat was not able to turn those dollars into votes, as Clinton, the presumptive Democratic nominee, won 56 percent of Arizona’s March presidential preference election votes.

The last shall be first

The likely presidential nominee for both major parties (in bold) was not the biggest fundraiser in Arizona, according to the latest Federal Election Commission numbers.

The latest data from the Federal Election Commission, for donations through May 31, shows that Sanders’ average contribution from Arizona was $41, compared to $107 for Clinton.

“Money obviously is one factor in politics, political campaigns, but it’s not the only one,” said Bill Scheel, a partner at Javelina, a Phoenix campaign management and public affairs firm.

“Sanders wasn’t really able to take that small-dollar fundraising advantage and convert it into the voters where he needed it most,” Scheel said.

The FEC numbers show that Sanders netted 37,278 individual contributions from Arizona, compared to 13,326 for Clinton. But the former secretary of State got 262,459 votes in Arizona to Sanders’ 192,962.

“It could be that Clinton just got a lot more votes from people who just didn’t give money,” said Ruth Jones, a professor emerita of political science at Arizona State University.

Clinton saw a sharp uptick in contributions in November and Sanders followed in December with a spike in funds from Arizona. Both pulled in the most money in March, with Clinton collecting nearly $272,000 and Sanders topping her with more than $355,000.

While Sanders raised more money from more contributors in Arizona, nationally Clinton has raised $229.3 million to Sanders’ $222.2 million. Neither campaign responded to requests for comment.

Jones said Sanders has touted that he represents the “little guy” and pursued a “clientele” that wasn’t made up of traditional campaign contributors and was likely to make smaller donations. But she was not surprised that Clinton prevailed.

“I think looking at those numbers, again I don’t think it’s unusual,” Jones said. “Clinton has an organization, she has a network of funders that’s why she raised the money she did. Sanders went after his constituency, that why he had a lot more people.”

Scheel said the donation patterns in Arizona followed the national trend, with Sanders receiving many smaller donations while Clinton pulled the big dollars.

And Democrats in Arizona have always had to rely on a “broader base” of contributors, Scheel said, which is reflected in the large number of Sanders contributors.

Arizonans gave Trump their votes, but not their dollars – yet

Jones said the campaign contributions for every presidential election are different because the players are different.

With former President Bill Clinton making a campaign stop for his wife recently in Phoenix, Scheel said it shows the Clinton campaign still sees Arizona as promising in terms of fundraising and votes.

“I think that shows that the Clinton campaign is serious about Arizona,” Scheel said. “They see Arizona as a swing state.”