War of words: Senate panel debates use of ‘radical Islam’ in war on terror 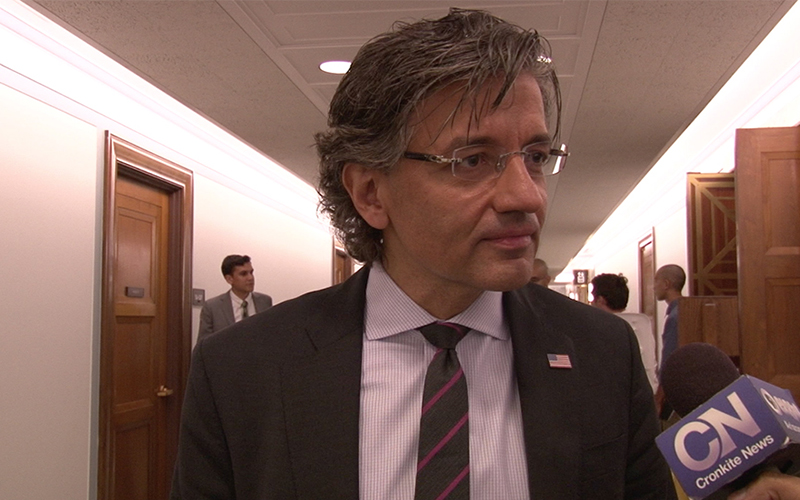 M. Zuhdi Jasser, president of the American Islamic Forum for Democracy, argued that not using terms like “radical Islam” actually weakens the fight against terror. (Photo by Keshia Butts/Cronkite News) 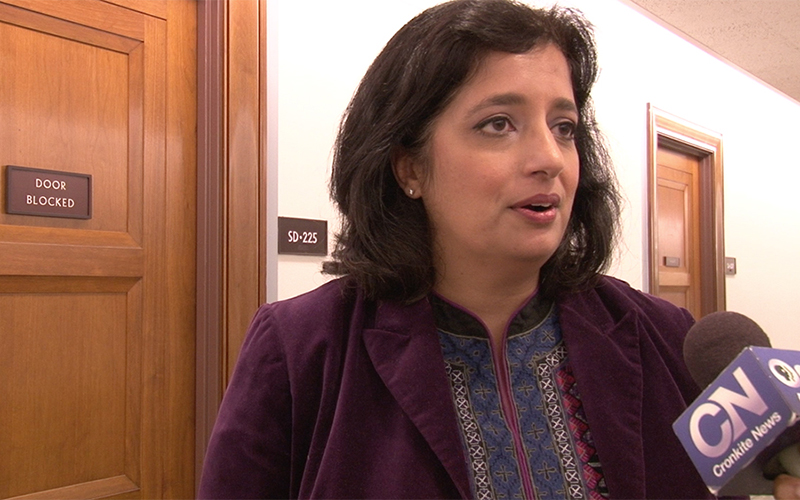 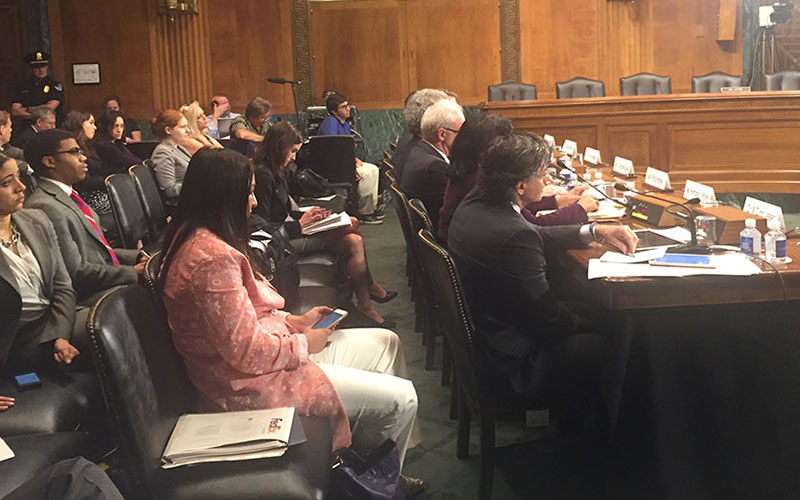 The room was packed for an hours-long hearing on terminology used – or not – by the goverment in its fight against terrorist groups. (Photo by Keshia Butts/Cronkite News)

WASHINGTON – Refusing to use terms like “radical Islam” in the fight against terror is giving in to what ISIS, al-Qaeda and other terrorist groups want, a Valley resident told a Senate panel Tuesday.

Dr. M. Zuhdi Jasser, president of the American Islamic Forum for Democracy, said after a Senate Judiciary subcommittee that the term does not demonize all Muslims – just the radicals who “should be demonized.”

“We are letting the Islamists define and lead what it means to be a Muslim,” Jasser said during a sometimes contentious hours-long hearing.

But critics accused the organizers of the hearing – titled “Willful Blindness: Consequences of Agency Efforts to De-emphasize Radical Islam in Combating Terrorism” – of staging a “political circus” to capitalize on the attack two weeks ago at an Orlando night club that killed 49 people.

The shooter in that attack, Omar Mateen, pledged allegiance to the Islamic State in a 911 call made during the attack at Pulse nightclub. But the Obama administration came under fire after transcripts of that call were released with references to Islam and ISIS redacted.

Republicans subsequently slammed President Barack Obama for his refusal to use the term “radical Islam” – and the president fired back with a forceful statement two weeks ago in which he said defining the terrorists that way would play into their hands while smearing “one of the world’s great religions.”

Those points were echoed at Tuesday’s hearing by Farhana Khera, president of Muslim Advocates, who told the committee that using terms like radical Islam is counterproductive to American safety.

“It’s just not an accurate term,” Khera said after the hearing. “The real threat is ISIS, Al Qaeda, these groups. You can’t say it’s an entire religion.

“And the second reason is that it’s exactly the narrative that ISIS wants us to adopt – that this is a war against Islam and Muslims that helps them in their recruitment process,” she said.

But Sen. Ted Cruz, R-Texas, the chairman of the subcommittee, said it was important to call the hearing because the U.S. “cannot defeat radical Islam” without acknowledging that it exists.

Jasser agreed, saying radical Islamic terrorism is a global problem that American Muslims need to fight against – something they can’t do if they can’t use the proper terminology.

“American Muslims need to be called upon to have a jihad against jihad,” Jasser said. “And as long as you take those terms out of the debate, you can’t have that.”

He said in his prepared testimony that it is as “foolhardy” to refuse to cite radical Islam “as it is to villainize whole of Islam and Muslims.”

But Khera disagreed, saying such terms only further the terrorists’ agenda.