Arizona is the largest producer of copper in the U.S. and mining is a critical part of the state’s economy, and a sharp drop in copper markets is one reason the state’s economy slowed last year. (Photo courtesy the National Mining Association.) 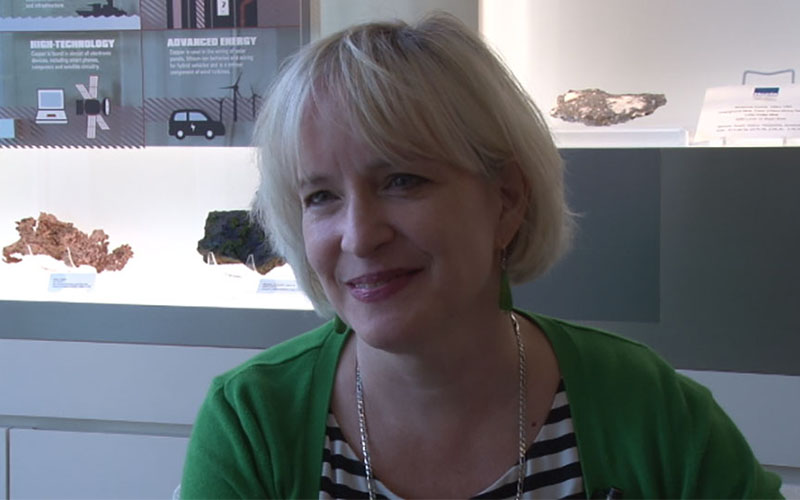 Katie Sweeney, general counsel of National Mining Association, said big mine projects on the horizon could boost the state’s economy, but that those projects are still years away from production and any real financial impact. (Photo by Wafa Shahid/Cronkite News Service) 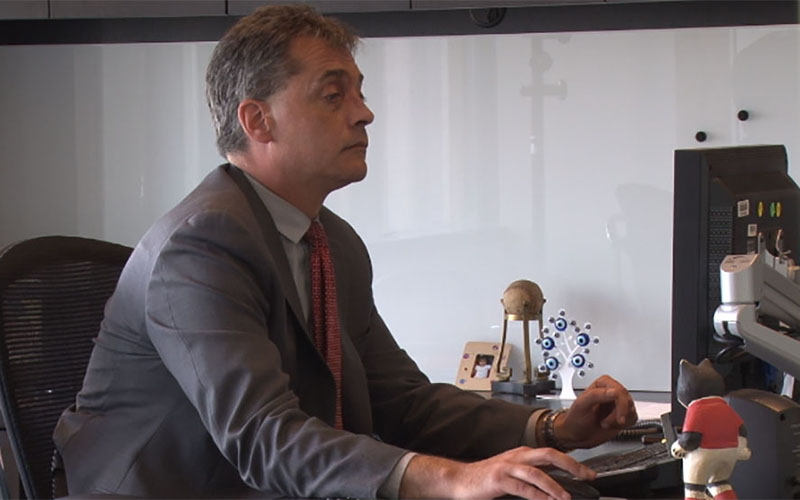 Ian Mead, chief of the regional product division at the Bureau of Economic Analysis, said improvements in other areas of Arizona’s economy were not enough to offset the decline in mining – specifically copper mining – in the state. (Photo by Wafa Shahid/Cronkite News)

WASHINGTON – Arizona’s economy grew in 2015, but at a much slower rate than it did in 2014, according to the latest report from the Bureau of Economic Analysis.

The report said the state’s gross domestic product grew 0.9 percent to reach $294.2 billion in 2015, but that was half the 1.8 percent rate of growth the state experienced in 2014. Arizona’s growth was also well below the national rate of 2.4 percent last year.

Experts said the slowdown is due in large part to a sharp drop in copper prices, one of the state’s biggest industries, that was felt across the state’s economy.

“Copper prices actually decreased by 15 percent over the last year, so mining was probably the largest drag on the economy,” said Ian Mead, chief of the regional product division at BEA.

Mining overall saw a -0.45 percent drop in the GDP – which measures the total spent on goods and services by consumers, businesses and government agencies – the biggest decrease of any sector in the state.

Analysts said the sector has also been buffeted by slow production rates and a weakening Chinese economy.

Lee McPheters, an economics professor at Arizona State University’s W.P. Carey School of Business, said Arizona is not alone. He pointed to states with energy-driven economies, like North Dakota, which was No. 1 in GDP growth in 2014 on strength of its fracked oil and gas production. It fell to 50th in the latest report, as its GDP growth went from 6 percent in 2014 to -2.1 percent in 2015.

McPheters said the slowing Arizona economy can be seen in its standing among states, falling from 29th nationally in 2014 to 38th in 2015.

Despite the downturn in copper mining, there are several big projects on the horizon that could boost Arizona’s economy down the road, said Katie Sweeney, general counsel for the National Mining Association, who pointed to the planned Resolution and Rosemont copper mines.

Resolution Copper claims its mine near Superior will provide a total economic impact for the state of $61.4 billion over the life of the project – “more than $1 billion per year – with nearly $20 billion in federal, state, county, and local tax revenue.”

Sweeney said both the Resolution and Rosemont projects are still in the permitting phase, however, so any benefits they may bring will not be felt anytime soon.

“It takes about seven to 10 years to get all the permits you need to start new mining operation, and that really is a lag on the economy,” Sweeney said.

Despite challenges facing the mining industry, however, it was not all bad news for Arizona. The state economy continued to grow, if slowly, and the state added 70,700 jobs between May of 2015 and this May, according to the Arizona Department of Administration.

“There were positive signs in other industries, they just weren’t able to make up for the losses that you were seeing,” Mead said.