What you need to know for the Trump rally in Phoenix 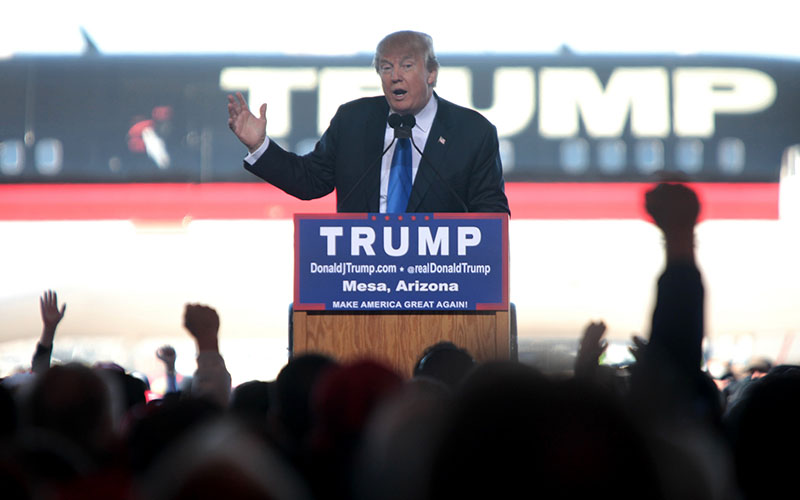 PHOENIX — Donald Trump, the presumptive Republican nominee for president, sweeps into Arizona on Saturday for a private fundraiser and public rally at the fairgrounds.

Hundreds of supporters and protesters are expected at Arizona Veterans Memorial Coliseum for the 4 p.m. rally. Only those who have tickets will be allowed inside to hear Trump speak.

Only people with tickets will be allowed inside the coliseum
The parking lot will be open at 10:30 a.m. and the doors will likely be open by noon. The rally officially starts at 4 p.m. but expect crowds outside, including Trump supporters and Trump protesters, in the hours leading up to the rally.

Security will be out in force
The Secret Service, Phoenix police and DPS are monitoring the event.

“Disorderly and dangerous conduct by anyone inside or outside of the event, including the surrounding area will not be tolerated,” said DPS Capt. Damon Cecil. “Immediate enforcement action will be taken by authorities.”

Everyone attending the rally inside the coliseum will go through security, so bring as few things as possible to save time. No purse or other carrier larger than a clutch is allowed. Expect long lines.

Be ready for scorching weather
Triple-digit heat is expected, with temperatures soaring as high as 118 degrees. Drink water before arrival and bring plenty of water with you. Wear sunscreen, a hat, sunglasses and light-colored clothing. Umbrellas or parasols can provide shade but will not be allowed inside the coliseum.

Here’s what is banned inside the coliseum
Guns or other weapons, signs with sticks attached, camera bags, coolers, luggage, waistband packs, backpacks, briefcases or computer bags are banned.

Notify authorities of someone or something suspicious

“If you see something suspicious or if you know of something dangerous planned against the event, then please say something by calling 911 for immediate emergencies and 877-272-8329 for tips on threats to the event or those attending,” DPS Director Frank Milstead said.