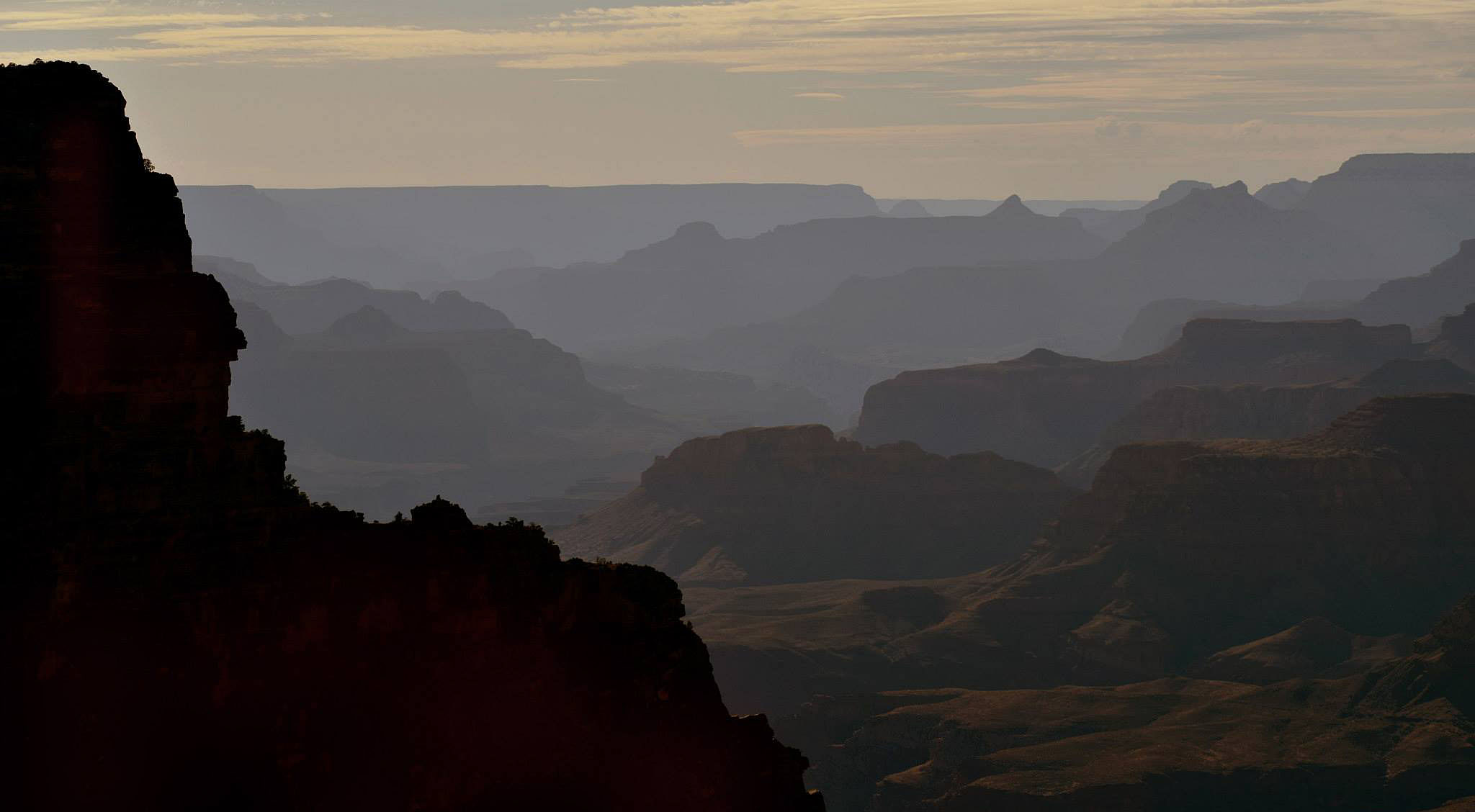 A national monument can be designated by Congress or the president, and the Obama administration and the Department of Interior have already shown their support. But the move is controversial, with Arizona senators John McCain and Jeff Flake saying Grand Canyon lands are already protected. They say a monument would rob business interests such as the hunting and logging industry.

“This proposal … extends far afield from the intent of the Antiquities Act by seeking to lock away 1.7 million acres of land in Arizona – an area larger than the State of Delaware – from hunting, livestock, wildfire prevention, mining, and certain forms of outdoor recreation and tourism,” McCain and Flake wrote in a letter to Obama.

The Arizona Chamber of Commerce and Industry calls the proposal a “monumental mistake.”

“Between lands owned and managed by the federal government and those it holds in trust for the Indian tribes, almost 70 percent of all land in Arizona is under the control of the federal government. Privately-owned land is the foundation of our state’s economic engine, yet less than 20 percent of land in Arizona is privately owned,” the chamber says in a January position paper. However, a recent poll conducted by the Grand Canyon Trust, which supports the monument, says a majority of Arizona residents who were polled favor the monument.

“I don’t think it’s a political risk,” Laura Varon-Burkhart, a ranger at Montezuma Castle, said at a meeting in May hosted by tribal and environmental leaders. “Eighty percent of people in Arizona support this and these are federal public lands.”

According to the Sierra Club, the proposal is also supported by 21 Arizona indigenous tribes, including the Navajo, Hualapai, Havasupai, Hopi, more than 30 state legislators, and Congressmen Raul Grijalva and Ruben Gallego.

Supporters of the proposed Greater Grand Canyon National Heritage Monument met with Arizona residents in May, asking about 30 people to leverage their power as a constituent by talking to Arizona congressional representatives.

“No matter what you think of this proposal, you’re not powerless,” said Sandy Bahr, the Arizona chapter director for the Sierra Club.

Nearly five million people visit the Grand Canyon every year, according to the canyon website, to hike, fish, take photos or meander down the Colorado River.

Here’s what at stake in the proposed Grand Canyon National Heritage Monument, from people and organizations on both sides of the issue:

Supporters who spoke in favor of the monument stressed that it contains the Southwest’s largest unprotected old-growth Ponderosa pine forest, the Grand Canyon watershed, and the historic Kanab Creek and Red Butte, which are areas of significant religious and cultural importance to Native American nations.

“We want to protect the remaining old growth, wildlife, cultural values and diverse habitat,” Bahr said. “We also want to see fewer signs about not being able to drink the water.”

Republican Congressman Paul Gosar, expresses a different view in a statement about an amendment he proposed in 2015 to block the monument.

“A unilateral declaration of the nearly two million acres in the Grand Canyon Watershed as a National Monument would stifle development, kill jobs and erode the extensive cooperation and success that federal and state agencies in Arizona have achieved to date,” Gosar wrote.

The region offers unique wildlife viewing opportunities, such as potentially spotting rare animals like the Kaibab squirrel, a sub-breed of the animal that has a dark coat and feathery white tail. It lives exclusively in the Kaibab Plateau area.

The area is also home to distinguishing species such as the migratory Kaibab-Paunsagunt mule deer herd, the northern goshawk and the endangered California condor.

However, the Arizona Game and Fish Commission opposed the monument in a 2015 release which states, “the commission expressed concern that the proposed monument was to ‘preserve’ and in some cases lock away these lands rather than conserve them.”

Leaders of the Navajo, Hopi, Havasupai and Hualapai tribes supported a bill sponsored by Rep. Raul Grijalva, D-Arizona, to protect the area. Carletta Tilousi, a Havasupai tribal member, said her people are spiritually rooted to an area estimated to have more than 3,000 ancient, Native American archaeological sites many tribes deem sacred.

Some of the region’s natural features, such as the Red Butte, Yellowstone Spring and Antelope Spring are linked to indigenous stories centered around the creation of earth.

“This nature to us is like a church and sharing it with all different cultures is the most important thing,” Tilousi said, adding people need to know about Native American tribes’ connection to the Grand Canyon.

“What is my purpose? Where do I go? Where do I pray to heal? All this is a part of our creation stories,” Tilousi said, urging Arizona residents to support a monument. “We are taught to care for the earth, the land, the animals. And that’s how we are initiated into our life’s responsibilities. “We all have that responsibility to the land and, now, you do too.”

THE DEBATE OVER MINING, LOGGING AND FARMING

Both sides of the monument issue battle over the impact on industry.

The state chamber, in the January paper, said commercial logging doesn’t threaten forests, wildfires do. And the chamber disputes the impact of uranium mining.

Gosar hosted representatives from the mining, ranching and farming industries at an April meeting to discuss the negative impact of a new monument, according to the Phoenix New Times.

But the Sierra Club and other environment groups said uranium mining has the potential to affect water that sustains millions of people. The canyon is home to more than 125 creeks and springs that feed into the Colorado River, the primary water source for the Southwest.

“We believe that it is such a contamination,” Tilousi said. “We just had a 100-year flood 12 years ago that ravaged our canyon home (Supai village.) Whatever’s on the top will flow down to our village and contaminate our water. That is our biggest fear.”

A uranium mine in the Grand Canyon National Park, the Orphan Mine, has contaminated surface waters and is now fenced off from visitors.

“Back in 1986, the Forest Service conducted an environmental impact statement,” Bahr said. “They said, ‘the mine in the park really just had a visual impact.’ Well, we know now it has contaminated the soil, the water and it has already cost the American taxpayers $15 million in cleanup costs.”

According to Bahr, the monument would not not affect private or state lands, or private property rights and it would not impact existing mining efforts.

“It halts all that and keeps the land as it is,” Bahr said.