Five things to know about Ramadan 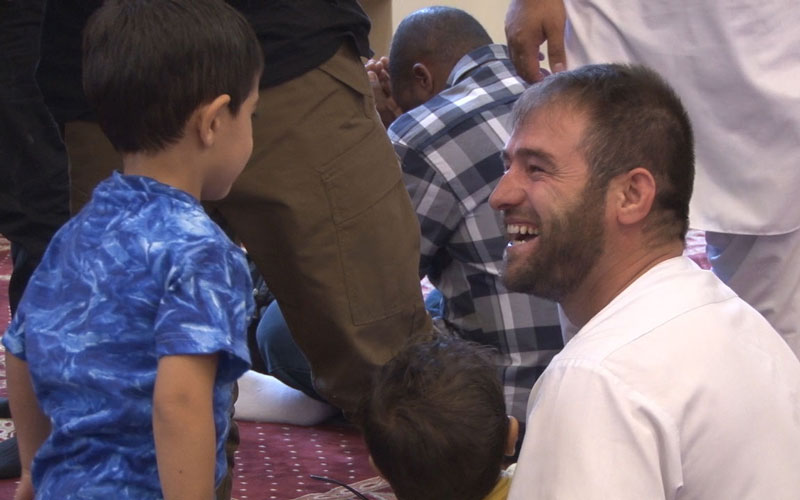 Muslims gather at the Islamic Center of Phoenix for Friday prayer. The masjid, or mosque, enriches Muslims as the community center, especially during Ramadan.  (Photo by Joey Carrera/Cronkite News)

Muslims in Arizona and around the world began celebrating Ramadan on June 5. Here are five common questions about the holy month.

Ramadan is the month in which Muslims believe the Quran was revealed. Some time in the last ten days of Ramadan, Muslims celebrate Laylat al-Qadr, night of power, which signifies when Prophet Mohammed was given the Quran. Prayer on the night is believed to offer additional blessings. The five pillars of Islam are reinforced during Ramadan: faith, fasting, pilgrimage to Mecca and prayer.

When does it start?

Ramadan begins and ends based on the lunar calendar, starting with a crescent moon and ending with a new moon. It’s a different date every year; this year it started Sunday, June 5, and is expected to end Tuesday, July 5.

Why do Muslims fast?

Fasting allows Muslims to become closer to God, appreciate His blessings and understand the suffering of those less fortunate. Muslims do not eat or drink between sunrise and sunset.

No. Pregnant women, women who are breastfeeding or menstruating, children who have not reached puberty, people with intellectual disabilities, people traveling, the elderly and the sick are exempt.

What happens when it’s over?

The end of Ramadan is marked by a feast and holiday, Eid al-Fitr. It can last several days.