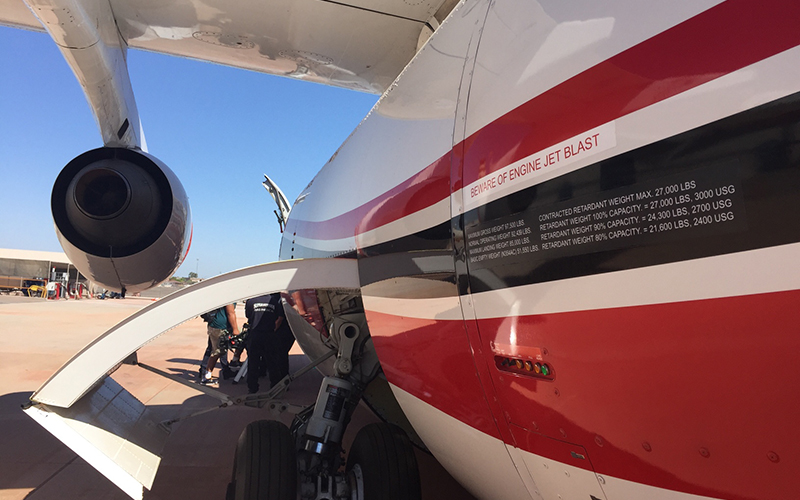 The tanker, an Avro RJ85, debuted at Phoenix Mesa-Gateway Airport. John Price, assistant air tanker base manager at Mesa-Gateway, said the jet engines in the aircraft are pieces of “artwork” that cut fire response times in half.

“What these (planes) are used for is not so much to put the fire out, it’s also to lay down moisture and use that retardant to slow the fire,” Price said.

More than 600 wildfires have been reported this year in Arizona, said Dolores Garcia, spokeswoman for the Bureau of Land Management.

Intense temperatures and lighting strikes contribute to fires, but they’re not the main cause.

“I always say, ‘be extra careful,'” Templin said. “Anytime we have one spark it can start a wildfire, especially this time of year.”