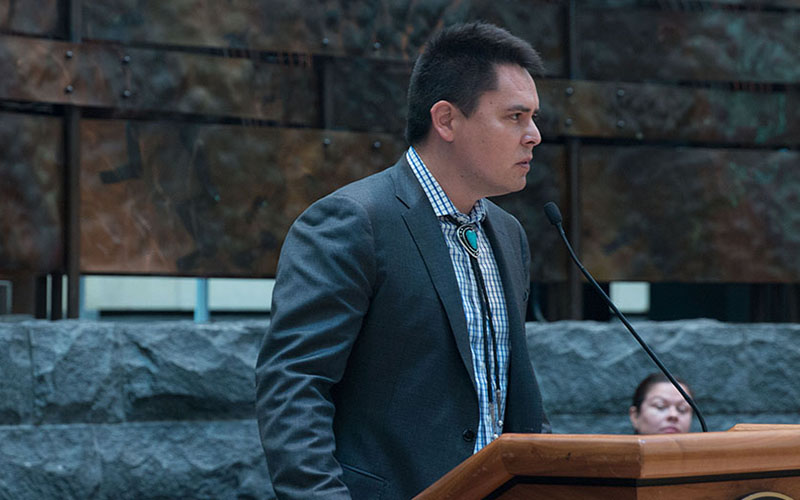 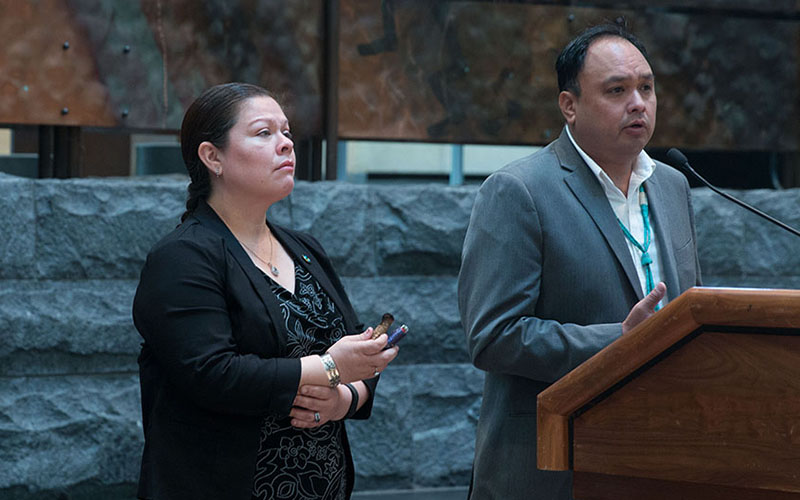 Leilani Pole and Bradley Marshall, members of the Hoopa Valley Tribal Council, said the remains and sacred items set for auction “are a member of our community.” (Photo by Emily Zentner/Cronkite News) 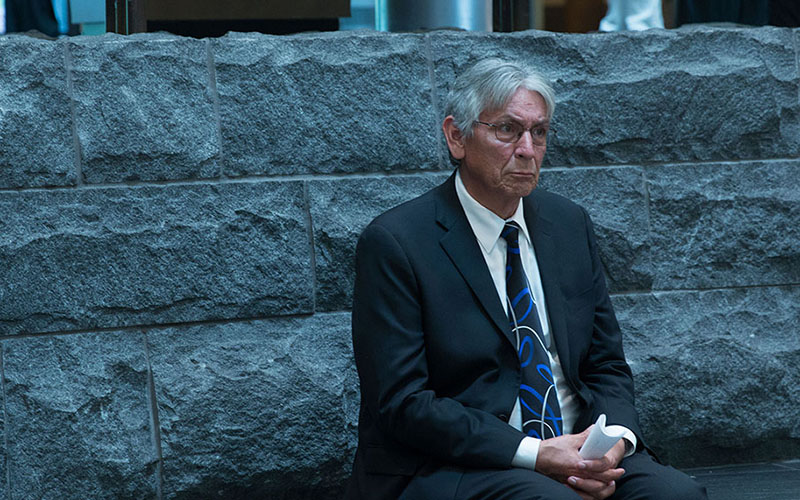 Kevin Gover, director of the National Museum of the American Indian, said Congress ordered the return of sacred items and remains to tribes by his museum when it opened. (Photo by Emily Zentner/Cronkite News)

WASHINGTON – Tribal and federal officials called Monday’s planned sale of Indian remains and sacred objects at a French auction “disrespectful and fundamentally wrong” and called for the return of the items.

Leaders from the Navajo, Hoopa and Acoma Pueblo tribes gathered with federal officials and advocates Tuesday to draw attention to the planned Parisian auction, in which they objected to the sale of one Hoopa cultural item and two Acoma Pueblo items, among hundreds of items.

“We demand that France and the U.S. act forcibly to stop the sales of these items,” said Gov. Kurt Riley of the Acoma Pueblo. “We are appealing to the people of France to honor our humanity.”

The catalog from the Parisian auction house EVE lists what appears to be hundreds of Native American items, including clothing, weapons and baskets that Riley said should not be in nontribal hands. They are part of a sale that will include items from Central America, Africa and Asia.

Included in the catalog is the Acoma Shield, which Riley described as a “sacred item that no one individual can own.”

An email to the auction house was not immediately returned Tuesday. But notes in the front of the catalog include a reference to a Hopi news article – decrying a 2014 EVE sale of Hopi items – that noted there is no U.S. law against private collection or sale of sacred tribal items.

Rep. Steve Pearce, R-New Mexico, who organized Tuesday’s event, called on Congress to take action to stop the auction, and others like it, by prohibiting the sale of Native American cultural items.

Pearce urged the House to act on his resolution that would ban the sale, transfer or export of Native American cultural items. That resolution was introduced in March and referred to three separate committees – Judiciary, Foreign Affairs and Natural Resources – but has yet to get a hearing in any of them.

The event was held at the National Museum of the American Indian, where Director Kevin Gover opened the meeting by noting that the “U.S. government’s stance on this issue is clear.”

When the museum opened in 1998, Gover said, Congress required that it return any human remains, cultural patrimony items or sacred objects to tribes.

The Navajo have no sacred items in the upcoming auction, but the executive director of the Navajo Nation Washington Office said at Tuesday’s event that the tribe has felt the pain of seeing cultural items sold off in the past.

The event at the National Museum of the American Indian came the same day that the Smithsonian Institution returned the remains of 60 Maori and Moriori ancestors to New Zealand’s Te Papa museum.

An official from that museum, Arapata Hakiwai, who was in Washington for the repatriation, expressed relief over the return of the remains to the Maori, but sympathized with the Acoma Pueblo and Hoopa tribes.

“People need to realize that these are not objects of curiosity,” Hakiwai said. “These are real ancestors.”