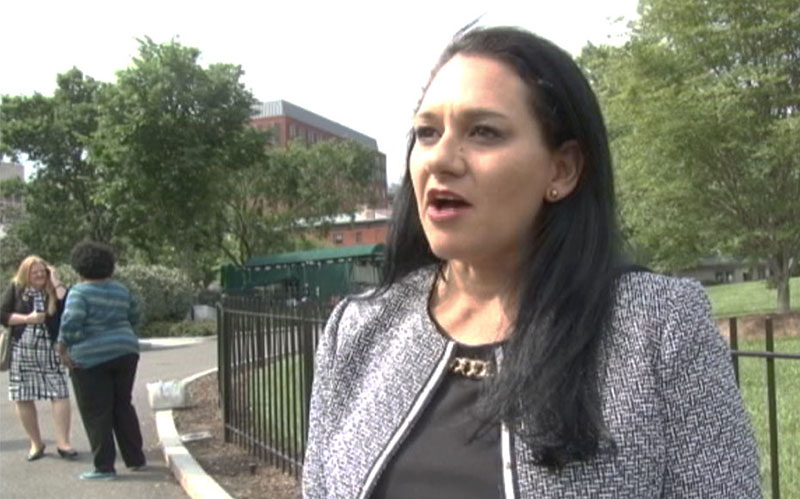 WASHINGTON – West Phoenix middle school teacher Marisol Garcia said Wednesday that Arizona has come a long way since the Brown v. Board of Education decision struck down segregated schools more than 60 years ago, but it still has a ways to go.

Her comments came outside the White House where Garcia and 12 other teachers from around the country were invited to meet White House officials and talk about the Supreme Court decision – and the need to confirm the president’s nominee to a vacancy on the court,

It also came one day after a Government Accountability Office report that showed schools across the country are becoming more segregated. Black and Hispanic students today are often concentrated in schools that offer fewer math and science classes and have higher rates of students held back or expelled in the ninth grade, the report said.

The percentage of K-12 schools with high concentrations of low-income Hispanic and black students increased from 9 percent in the 2000-2001 school year to 16 percent for the 2013-14 school year, according to the report.

“I work in a community where teachers pay for almost everything that is in their classrooms beyond … the basic minimum that they need,” Garcia said.

She said that families in wealthier areas of the state can contribute to the local schools and “give and get tax credit for that. Most of our families cannot do that, so you do see that disproportionate support … from families”

Arizona overall suffers from a lack of public school funding, which she said contributes to the quality of education in the state. Arizona ranked 49th out of 50 states and the District of Columbia when it came to per student spending in 2013, according to Census Bureau numbers released last year.

Garcia and the other teachers had been invited to meet with White House senior adviser Valerie Jarrett to discuss the appointment of Supreme Court nominee Merrick Garland in conjunction with the 62nd anniversary of the landmark Brown v. Board case.

The group was invited to the White House after signing a letter to Senate leaders urging them to hold confirmation hearings for Garland, who was nominated by President Barack Obama on March 16 to fill the vacancy left by the sudden death of Justice Antonin Scalia.

“Right now, we have cases that need to be decided by nine (justices),” Garcia said after Wednesday’s meeting. “We need nine and our students deserve that.”