Arizona led the nation in deportation hearings for Indians last year and again in the first quarter of 2016, according to a TRAC analysis of Department of Homeland Security data. (Photo by Udo/flickr via Creative Commons) 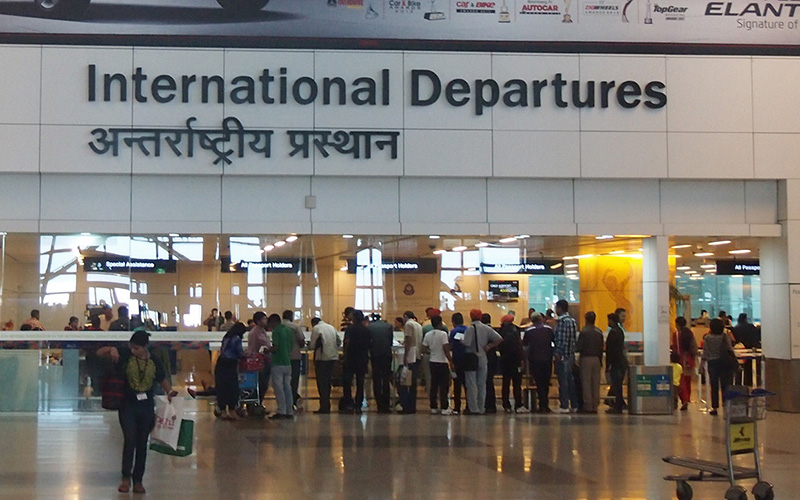 Experts believe many of those coming to the U.S. are members of the Sikh faith seeking asylum – but the experts can’t explain why Arizona appears to be a destination. (Photo by Isriya Paireepairit/flickr via Creative Commons)

WASHINGTON – They come across the Arizona border in search of a better life, hundreds of them every year, leaving behind a native country where they no longer feel safe.

Arizona leads the nation in the number of deportation hearings for immigrants from India, according to an analysis of Department of Homeland Security data by the Transactional Records Access Clearinghouse (TRAC) at Syracuse University.

“I was totally shocked when I saw and studied a little bit about the numbers that involved immigrants from India,” said Maria Jones, an immigration lawyer in Phoenix.

While most of her clients are still from Mexico, Jones said she is familiar with cases of Indian immigrants. Most are young men of the Sikh faith, a religious minority fleeing what they see as both political and religious discrimination back home.

That runs counter to the U.S. perception that “India is a place where things are happening, you have a huge democracy, an IT explosion, the Bollywood phenomenon,” said Michael Kugelman, the senior associate for South Asia at the Woodrow Wilson Center. “That’s all true, but you also have a lot of problems in India.”

Kugelman said Sikhs have been prosecuted in their homeland of Punjab for years.

“There’s been a history of tensions and disagreements between the Sikh community and Hindus, among others,” he said. “India is a country where historically, and in the present day as well, religious minorities tend to suffer significant amounts of discrimination.”

According to India’s 2011 census, 80 percent of the country practices Hinduism, with 14 percent identifying as Muslim. Only 2 percent are Sikh.

The religion was founded in Punjab seven centuries ago and is based on “the rejection of the caste system,” according to the Sikh Coalition. Many current Sikhs are members of the Shiromani Akali Dal Mann Party, which seeks to make Punjab a sovereign nation, said Deepak Ahluwalia, an immigration lawyer in San Antonio, Texas.

Many choose to flee to the U.S., Ahluwalia said. But he could not say why more appear to be coming across the Arizona border, pointing out that it is often up to the smugglers to pick the route.

Once here, however, many turn themselves over at the border seeking asylum, claiming they fear they will be harmed if they return to their country, Ahluwalia said.

Others are skeptical, noting that Indians would be just as safe from persecution in India if they stayed in Mexico.

“If you see asylum for how it’s originally written into the law, which is for someone who’s desperate, someone whose life is in danger if they return, that’s probably not the case for most Sikhs,” said Steven Camarota, director of research at the Center for Immigration Studies. “Plus, they may be able to move somewhere else in India to find a job.”

But Jones said that while it’s not “impossible, it’s very difficult to prove … that the government is not willing to protect the individual, and the the individual has a high chance of being tortured if returned to their country.”

Ahluwalia said Sikhs, who wear turbans and beards as part of their faith, have nowhere to hide if returned to India.

“These are men who wear their articles of faith,” he said. “It’s very obvious to see someone in a turban and to know that this individual is a Sikh and if he’s from India, he likely hails from Punjab.”

Ahluwalia said it may just be coincidence that Arizona sees a high number of these immigrants crossing its borders, but they still deserve a fair hearing on their asylum requests,

“These men have made this journey over three continents to seek refuge in our country, so it’s definitely not an easy task,” Ahluwalia said.