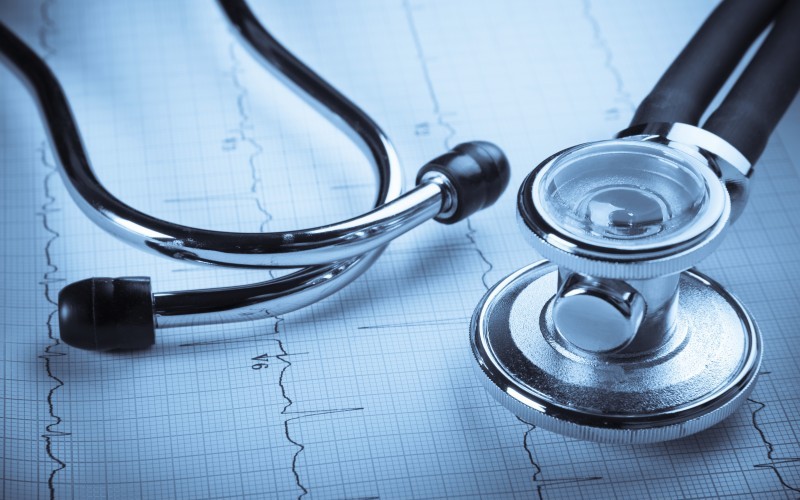 Just 18 months old, she died in the office of a Scottsdale doctor within hours of receiving a lethal dose of laetrile, an alternative cancer treatment unapproved by the U.S. Food and Drug Administration.

Cause of death: Cyanide poisoning.

The toddler’s death in Arizona three years ago – a case that pits holistic treatment against traditional medicine – is at the heart of an ongoing review by Maricopa County prosecutors.

Spokesman Jerry Cobb told Cronkite News, “We’re taking our time to make sure that we’re being very careful in reviewing this information so that we can base our charging decision on some sound information.”

Mercy Maynard had a rare form of eye cancer called retinoblastoma. Though she lived in Maine with her parents, Grace and Robert Maynard, she died in Scottsdale, where her parents sought “alternate methods of treatment,” police records show.

“This case, involving a suspected homicide in the context of medical treatment, has posed some additional issues that are taking some time for investigators and prosecutors to work through,” Cobb added.

Scottsdale Police, while investigating the 2013 death, interviewed the toddler’s doctors in Maine, who told them the “parents had been treating the child for several months with homeopathic medicine.” When her condition worsened, doctors removed her right eye and urged the parents to get follow-up tests to determine a course of treatment.

Instead, days later, the family flew to Arizona.

In a statement to police after Mercy died, Maine pediatric oncologist Eric Grabowski said the Maynards refused to participate in chemotherapy. C. William Lavin, a pediatric ophthalmologist, said the parents opted to treat the child with “prayer and holistic care, including vitamin therapy.”

On her blog Grace On Purpose, Grace Maynard wrote at the time, “Dr. Grabowski still wants to do a spinal tap and bone marrow test, just to check if there’s any microscopic-sized cells that have spread elsewhere. We think it’s highly unlikely. Those tests can wait for a while and don’t need to be done immediately.”

That post and others written around the time of Mercy’s death have since been deleted, according to police reports. Grace Maynard did not respond to Cronkite News requests for interviews.

According to the National Institute of Health, retinoblastoma is “a highly curable disease.”

“With improvements in the diagnosis and management of retinoblastoma over the past several decades, metastatic retinoblastoma is observed less frequently in the United States and other developed nations,” according to the NIH’s website.

Even while the Maynards were in Arizona, Mercy’s’ doctors in Maine set up an appointment for the family at Phoenix Children’s Hospital, urging the parents to get their daughter treatment. The parents never showed up, Scottsdale Police records show.

Grabowski was one of two doctors who then contacted the Department of Health and Human Services in Maine to make a report of child neglect. He later told Scottsdale Police, “This is child neglect and this child did not have to die.”

Instead, the Maynards took Mercy to see Dr. Martha Grout at the Arizona Center for Advanced Medicine, an integrative medical center in Scottsdale.

On her center’s website, Grout’s bio page reads “American mainstream medicine is wonderful in acute emergency situations, but for chronic diseases brought on by genetics, diet and lifestyle, allopathic medicine is not much help. I do not see that pharmaceutical medicine helps people heal from chronic illness.”

Records show that during a March 8, 2013 consultation at Grout’s office, additional vitamins were prescribed and it was decided that laetrile (also known as amygdalin or B-17) would be used to treat Mercy’s cancer.

Laetrile is a poisonous chemical compound found in many seeds and plants, but most notably in the pits of apricots, peaches and plums. Starting in the 1950s, laetrile was believed to be an alternative treatment for cancer.

Dr. Timothy Fagan, a pharmacologist for 22 years and professor emeritus of internal medicine at the University of Arizona, said, “It was obvious back then that was worthless, but a lot of people go for things that are worthless or are afraid to have things that are beneficial – like vaccinations.”

The FDA said in an email to Cronkite News that “laetrile (commonly used interchangeably with amygdalin) is not a safe and effective cancer drug, is an unapproved new drug, and has the potential to be fatally dangerous.”

Grout also did not respond to multiple requests from Cronkite News to comment on the case. The nearly 600 pages of police reports show detectives also attempted to interview Grout at her office eight days after Mercy’s death while they were executing a search warrant.

Dr. Jonathan Murphy is a physician at An Oasis of Healing, an alternative cancer treatment center in Mesa. A proponent of laetrile, he called Grout “an excellent physician, one of the top physicians in Arizona.”

Murphy says he takes a “preventative dose” of laetrile every day and touts the success of laetrile as a viable cancer treatment. He administers intravenous treatments at his center and often shows patients where to buy it online.

“There is a huge need for further studies to be conducted on amygdalin,” Murphy said.

He also added, however, “If you have a bad group of bacteria in your stomach or intestines, and you have a major dose of this nutrient come into the body and those bacteria do their thing with it, they can actually make it poisonous.”

Fagan, of the University of Arizona, also said bacteria “in the gut can convert the amygdalin to hydrogen cyanide.”

On the day of Mercy’s death, the Maynards went to an appointment with Grout. A receptionist, according to police reports, said Mercy appeared happy, smiling and playing with a toy train in the waiting room.

Medical records obtained by Scottsdale detectives show that Grout gave Mercy 3.4 milliliters of amygdalin orally at about 3 p.m. that day.

Police records give this account of her death: After the appointment, the Maynards went to a Mexican restaurant in Scottsdale where they said Mercy wasn’t “acting right.” Robert Maynard called Grout at 5:15 p.m. and said Mercy was experiencing shortness of breath and bloating. Grout advised the Maynards to return to the clinic.

By the time they got to the clinic, Mercy’s breathing slowed and at about 6:45 p.m., she stopped breathing altogether. Grout began CPR. Paramedics were called and arrived at 6:54, but Mercy was without a pulse. She was taken to a Scottsdale hospital and declared dead at 7:56 p.m. A nurse called the police to report the death.”

Lavin, one of the doctors in Maine, told detectives, “There is no question in my mind that this child would be alive today if she had been brought to a doctor sooner when the tumor (behind her eye) was noted and had not spread.”

“Medical literature states these cancers are 95 percent curable if treated early,” he said. “To neglect this case would reach the level of a criminal act.”

Maricopa County medical examiners performed an autopsy and found cyanide in Mercy’s organs, determining that the laetrile administered by Grout had converted into cyanide.

Detectives also contacted Murphy of An Oasis for Healing, who told them that a dose that size, which probably was meant to be used intravenously, “was about four times the size of an oral dose he would recommend for a child that age and size.”

Because the FDA has not approved the production and sale of laetrile, cancer patients often turn to foreign manufacturers to order it online. Since the late 1970s, however, it has been legal in Arizona to sell, offer, and manufacture laetrile. The law does not address its use.

“Amygdalin has not been in the news for decades, and so my assumption was that it’s a thing of the past,” said Fagan. “Then suddenly we realize that this is still being produced – not sure by whom – and the FDA would probably be very interested in knowing where she got this drug, because they’ve closed down a number of facilities. I believe it’s a violation of federal law to use laetrile or amygdalin.”

Grout received a “Letter of Reprimand” from the Arizona Medical Board in 2014, which said she had deviated from the standard of care by failing “to properly treat a patient with retinoblastoma by providing laetrile resulting in the death of a patient.”

Last year, Grout surrendered her medical license in Florida, where she used to practice. The Florida Medical Board cited her for failing to report the Arizona reprimand – for which she agreed to pay a $2,500 fee in 2015.

The state of Arizona is one of three states to also have a governing homeopathic medical board which licenses homeopaths – Nevada and Connecticut are the others.

The Arizona State Board of Homeopathic and Integrated Medicine Examiners concluded that Grout had acted within the scope of the law. Grout served as vice president of the board from 2003 to 2013.