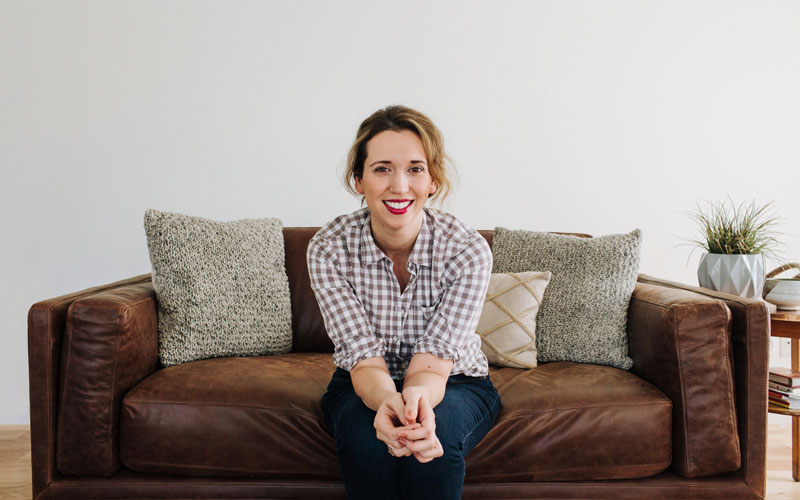 Alex Evjen always knew she wanted to be in fashion, but her PR job didn’t allow her to tell her own stories, so she started a blog. (Photo courtesy Rennai Hoefer/Ten 22 Studio) 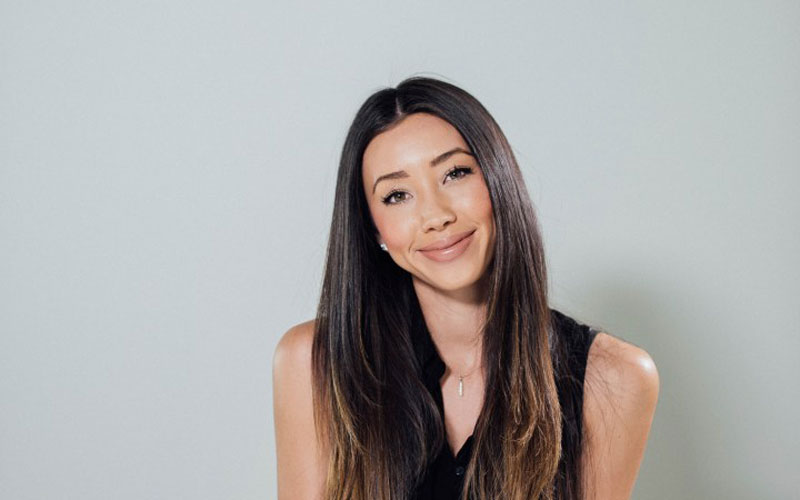 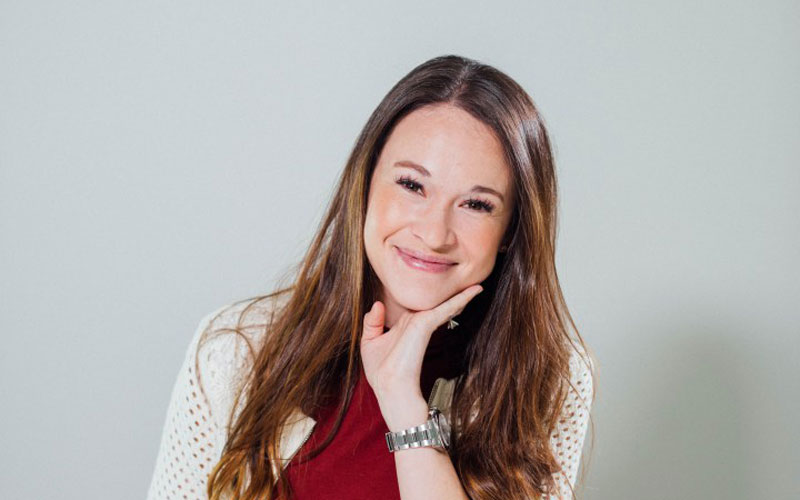 With an MBA in finance and entreprenuerial spirit, Lorena Garcia decided to help start Bloguettes and Estoes Purpura, a popular fashion and news site in Mexico (Photo courtesy Bloguettes) 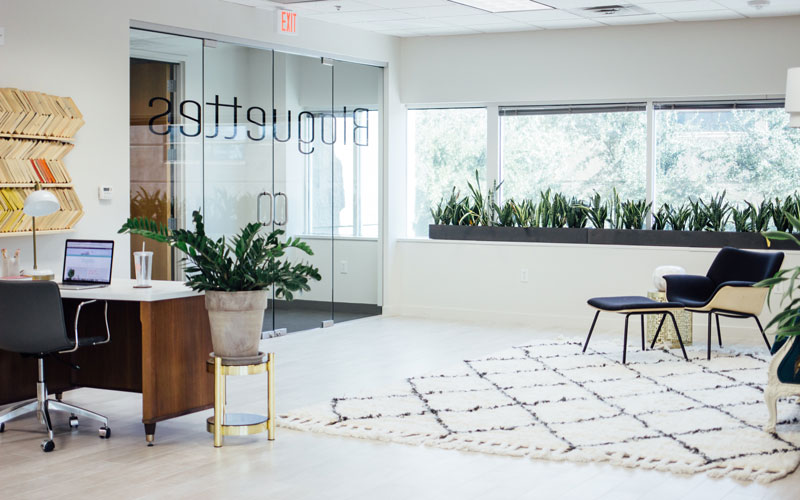 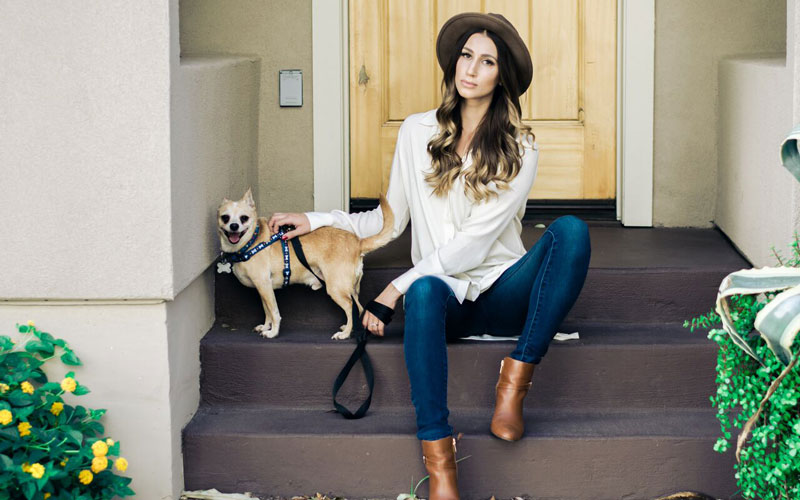 Lauren Garcia started a Dog of the Week blog post to help rescue dogs find homes. She says a key to being a social influencer is finding a niche just like she did. (Photo by Jennica Maes/amaesphotography) 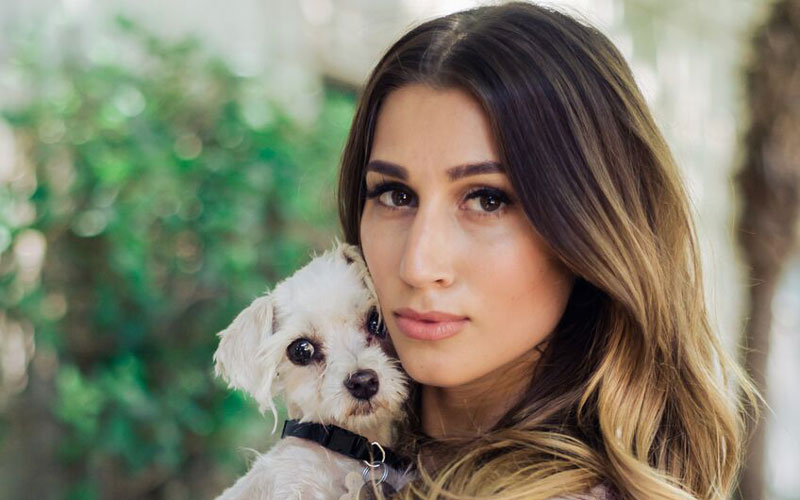 Lauren Garcia has racked up 50,000 plus followers on Instagram, partially due to her husband, who is the brother of The Bella Twins, the stars of E!’s “Total Divas.” (Photo by Jennica Maes/amaesphotography) 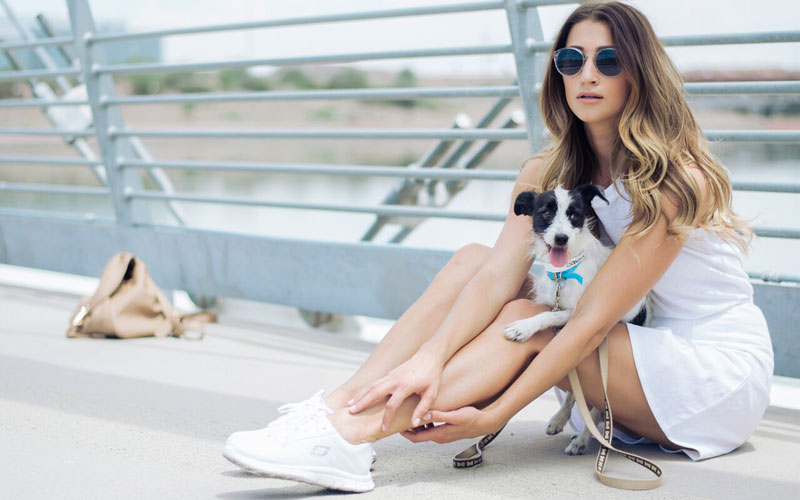 Lauren Garcia has racked up 50,000 plus followers on Instagram, partially due to her husband, who is the brother of The Bella Twins, the stars of E!’s Total Divas. (Photo by Jennica Maes/amaesphotography) 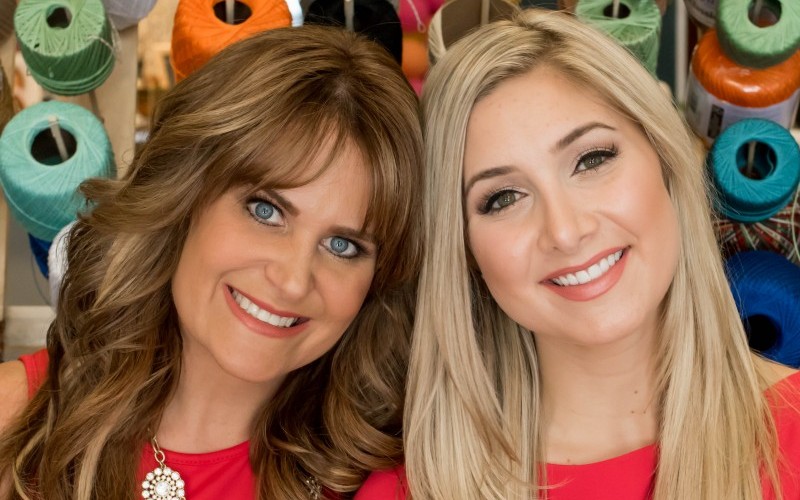 That’s the advice of official “Pinfluencer” Alex Evjen, who lives in Chandler and is known for her fashion blog called Ave Styles.

When the recession hit, she decided to transform her side blog into a serious job-one that she could live off of. So she started styling her friends and her clientele quickly grew.

“I felt like there was this artist in myself that was really dying inside because I wasn’t using creativity of my own,” Evjen said. “I had always dreamed of being in the fashion industry, but living in Arizona, there’s just not a lot of opportunities.”

But social media solved that problem.

From Pinterest “Pinfluencers” to fashion bloggers to YouTubers, the Valley is home to a number of creative influencers that landed into their careers-many accidentally- and largely because Phoenix isn’t saturated with influencers like larger cities such as New York or Los Angeles.

For most people, it takes at least a few years to build a social following and become an influencer. But now bloggers and businesses have more help to kickstart their venture than before.

Big fish in a small pond

Bloguettes, a local business that educates people and businesses about blogging, branding and creating engaging social media content, launched two years ago by Sakura Considine and Lorena Garcia because they said the blogging community was lonely.

Now the Bloguettes host two-day workshops across the country, mini workshops for photography and branding and even online webinars for those who can’t make it in person.

“We decided to start a branding workshop where people could come together and learn basically in two days everything about understanding who they were as a brand and how they could communicate and translate that to the online world, and in the end, the ultimate goal, make money out of it,” Garcia said.

So why are Phoenix influencers so successful even though they’re not close to the big brands they’re collaborating with?

“A lot of people from out of state have even said this before, but I think we are all willing to help one another. I’ve heard from people in other cities that there’s a lot of competition,” Considine said.

Considine actually planned to move to Los Angeles after she graduated from Arizona State, but there’s no way she can now.

“People always ask, ‘Do you wish you would have gone to LA’ or ‘Do you wish to take Bloguettes to somewhere bigger?’ I think we were able to grow in a short period of time because we were kind of a big fish in a small pond,” Considine said.

And the Bloguettes said there’s even more opportunities to grow in Arizona because the market is so unsaturated.

Evjen started her blog in 2009, which was simply a creative outlet for fashion.

Everything changed when she attended a blogger conference called Altitude Summit in Lake City, Utah. There, the co-founder of a new company called Pinterest, handed her his business card asking to try the new discovery tool.

She ignored it. But after a friend convinced her to use it, she signed up-through an invite-only email at the time. Her styling business transformed. Evjen asked her clients to pin their favorite pictures to a board so she could find out about their personality and style.

“Right away I thought, ‘This is exactly what I need. I can organize all of my personal styling clients into these boards and I can shop for them.’ I didn’t even see the capabilities of virtual styling at the time,” she said.

While Pinterest boosted her styling business, she never thought global brands would become her main — and eventually only — clientele.

Now, she no longer has her styling business because her “Pinfluencing” collaborations skyrocketed. Coca-Cola, Glamour, and Dolce and Gabbana are just a few companies she has created Pinterest boards for.

And Evjen isn’t the only influencer catching the eye of international brands.

Lauren Garcia, or “Lola,” is an executive assistant by day and a fashion blogger by night — and on the weekends.

Garcia started her lifestyle blog in 2011 when she was living in New York. But it was when she moved to Phoenix that her Instagram following surpassed that of the fashion magazine Redbook, currently at about 57.9K followers. She saw an increase in traffic once she started featuring everyone’s favorite internet obsession-dogs-once a week on her blog.

“Maybe a year and a half ago, I transitioned to fashion, and it was mainly kind of on accident,” Garcia said. “I wanted to do something where I could incorporate rescues to get noticed, and I figured that could be a great way to get them noticed by adding them to a fashion shoot.”

She started “Dog of the Week,” where she features a rescue dog needing a home on her blog. In 2014, Arizona Foothills Magazine started sharing her posts on their website and social media.

Garcia is also famous by association, which she said has definitely boosted her Instagram game. Her husband JJ Garcia is the brother of the Bella Twins, who are WWE wrestlers and the stars of E!’s “Total Divas” reality show.

So have the Bella Twins helped her blog’s success?

“Oh, yeah. Definitely. One-hundred percent,” she said. “[But] you can tell the difference between people commenting ‘Bella Twins!’ [on my posts] or actual followers.”

She brings in revenue by featuring certain things on her Instagram and blog. She’s worked with Joe’s Jeans and H&M, which took some time to achieve.

“With social media I just became a hashtag machine in the beginning and was really consistent with my posts,” she said.

Brands started reaching out to her to do collaborations and sent her free items after they saw her photos wearing their clothes.

And an influencer’s life isn’t just posted online — they have to make appearances. Garcia regularly attends Phoenix Fashion Week, blogger meetups and visits salons and boutiques around the Valley. She’s also on the cover of Arizona Foothills Magazine’s Best of Our Valley issue along with other “Instagram Queens” in the Valley.

Leslie-Jean Thornton, who teaches online media at Arizona State University’s Walter Cronkite School of Journalism, said that while liking, commenting and reposting pictures on Instagram is popular, one social platform has even become a more interactive experience for everyone, not just influencers doing their job.

“Visual communication transcends languages, part of the reason Instagram is so phenomenally popular,” Thornton said. “Instagram has some similarities to Pinterest, but it isn’t as workable. One of the unusual things about Pinterest is that it’s an enduring form of social media — people keep things there that they intend to look at again and again.

“It’s more of a treasure trove than an ephemeral, real-time place. But it is a place to visit, so it’s very much a social place as well.”

“Art entertainment,” another phrase some use for social media, is so popular in the Valley that a DIY studio called Pinspiration opened a year ago for people to easily make projects from the discovery tool site Pinterest.

The founder, Brooke Roe, calls herself a Pinterest addict. With a teaching background and real estate experience, she opened Pinspiration.

When you walk into the studio, about 70 pre-made projects are displayed. Then you can choose which project to create and an associate will bring all the supplies you will need to your table. Project prices range from about $15 to $65 and are fit for kids to adults.

Blogger meetups, where almost anyone with a social media account or blog can attend, happen a few times a month through Pinspiration and the Bloguettes so that bloggers and businesses can network and hopefully collaborate.

“That’s why I think it’s really important to have Bloguettes Happy Hours and events because in Phoenix we’re so spread out-it’s not a city like LA or New York where there’s tons of events going on left and right and a lot of networking opportunities,” Considine said.

So what’s the next step in social influencing? The influencers agreed that people should focus on Snapchat and creating videos because people want to see your most organic self.

“We live in a very visual world, and I think that [influencers] have to be clear about their brand through their visuals especially right now,” Considine said. “That, and they have to have the time to put a lot of effort into engagement with other local influencers and local brands to become an influencer in the community.”