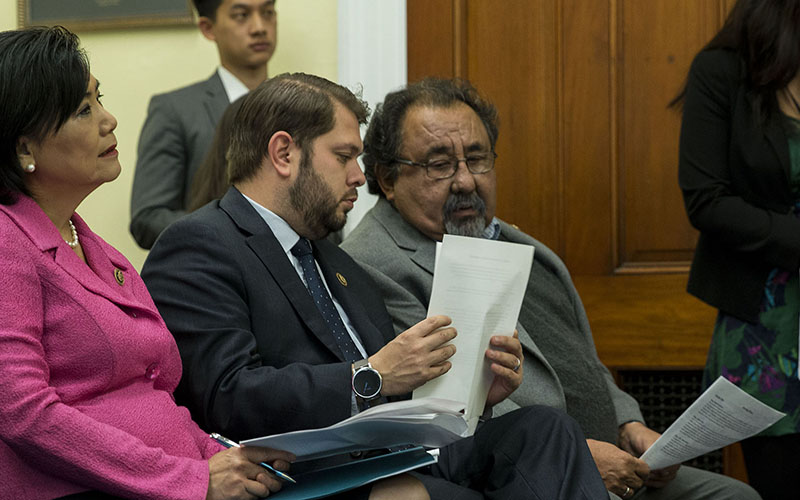 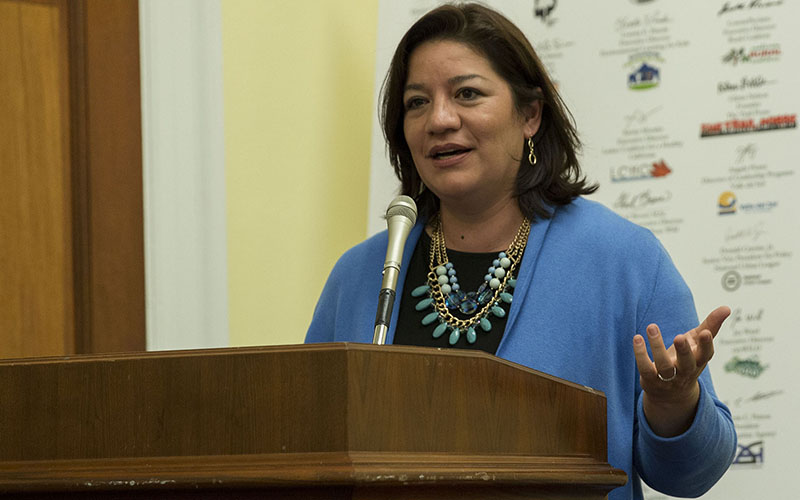 Maite Arce, founder of the Hispanic Access Foundation, said many Latinos do not see themselves in parks therefore they feel like it’s not for them. (Photo by Danika Worthington/Cronkite News) 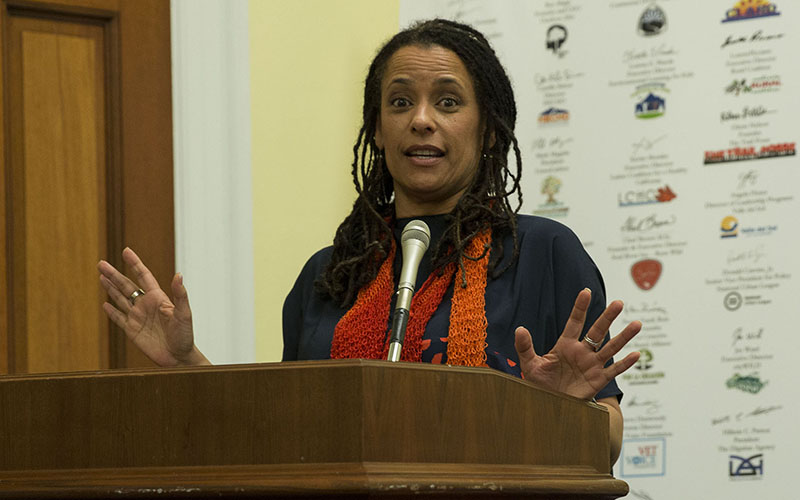 Carolyn Finney, a University of Kentucky geography professor, said race and ethnicity needs to be talked about in connection with public lands. (Photo by Danika Worthington/Cronkite News)

Despite growing minority populations in the U.S., 73 percent of Americans who participated in outdoor activities in 2014 were white, according to a coalition of minority groups, including Valley-based Valle del Sol. The coalition also cited a separate study that said only 24 percent of the 460 national parks and monuments recognize or are dedicated to diverse peoples and cultures.

“Unfortunately, many families don’t have access to the parks, they don’t visit the parks, and some don’t feel welcome,” said Grijalva, of Tucson. “They don’t see their culture, their history reflected and presented in their public parks and their public lands.”

With the National Park Service celebrating its centennial this fall, advocates said agencies need to focus on multiple areas to increase inclusion on public lands.

The coalition compiled a policy framework with five key elements, ranging from workplace diversity to freer access to public lands, that it hopes the White House will press on federal agencies. It has also started a petition urging the administration to do so.

Grijalva said the coalition’s policy recommendations to the White House are a way to protect and conserve public lands, and by including young minority populations, ensuring that public lands will be there in the future.

Gallego, of Phoenix, said the government owns 60 percent of the land in Arizona but most men and women of color will not set foot on public land, even if it’s only 20 or 30 minutes away. He said it’s important to use the park service’s Aug. 25 centennial to encourage people to use public lands and know that it is their space, a point echoed by other speakers.

“Many of our communities don’t see ourselves in the parks and therefore we don’t feel it’s for us,” said Maite Arce, founder of the Hispanic Access Foundation.

Advocates said that because minority voices were not initially included when public spaces were created, public lands can be unintentionally unwelcoming to minority groups.

For example, Arce said the park ranger uniform is very similar to that of a border patrol agent, which can be frightening to some in the Hispanic and Latino community, especially in border cities.

She acknowledged that change – especially “drastic” change – is difficult, especially for the federal government. She said discussions about inclusion will be hard, noting that the National Park Service is proud of its ranger history.

“In this country, there’s always been pushback about diversity,” said Carolyn Finney, an assistant professor of geography at the University of Kentucky, adding that people can be scared or uncomfortable with change. “But pushback shouldn’t stop us from becoming who we should be.”

Finney said America’s history includes slavery, Japanese internment, a lack of recognition for the Chinese who helped build the railroad, and the removal of American Indians from their native lands. That history resonates in today’s practices, she said.

Many federal agencies were formed at a time when minority voices were not included and assumptions were made about what people were comfortable with, Finney said. But that unwittingly left out those minority voices, she said, adding “you don’t always know what you don’t know.”

She said it’s not just about bringing minority groups to the table, there also needs to be a willingness to change.