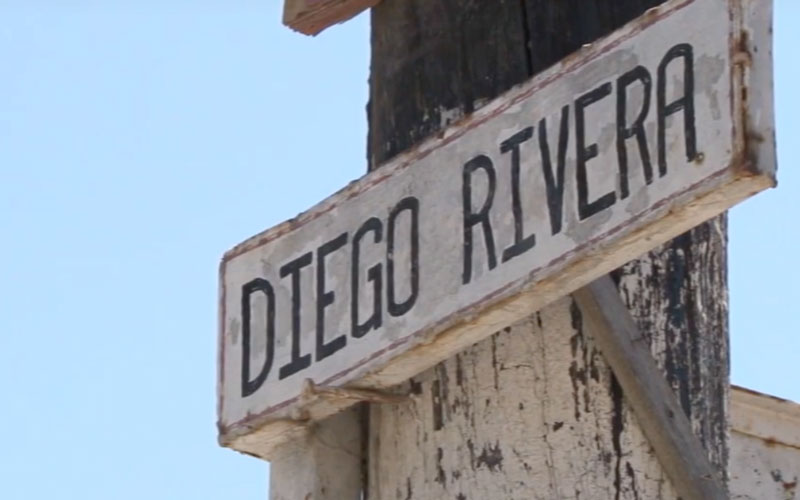 The small neighborhood where a drug tunnel was discovered is only a couple of blocks away from the U.S. border. (Photo by Mauricio Casillas/Cronkite News)

TIJUANA — Tijuana resident Jaime Romero was with his son in Yuma when he received a call from his home security system alerting him that someone was invading his home.

Mexican Federal police wrongly raided the home last as they searched for a drug smuggling tunnel. The real tunnel — nearly half a mile long — was discovered last Wednesday at his next door neighbor’s house.

“I got a call from my nephew and he said the federal police were here breaking in and everything. They broke — well all three doors — they broke the locks and they went in,” Romero said. “I didn’t know anything until the next day that it was a tunnel.”

The tunnel, which stretched from Tijuana all the way to San Diego, is one of the longest of its kind. It’s the 13th tunnel found along the California border in the last decade.

“When they asked me if I was surprised at what happened, I said no. I’m more saddened,” said Romero.

The small neighborhood where the tunnel was discovered is only a couple of blocks away from the U.S. border. There’s an elementary school right across the street.

“It’s scary,” neighbor Abel Aguilar said. “I have to walk my daughter past this house. It’s very bad.”

Most parents walking their children home from school did not want to comment on the tunnel discovery. Authorities found more than two tons of cocaine and nearly seven tons of marijuana in the tunnel.

“You worry, but you can’t worry too much,” Romero said. “You’ve got to just push it behind you and just move forward, or else, it’s just going to consume you.”