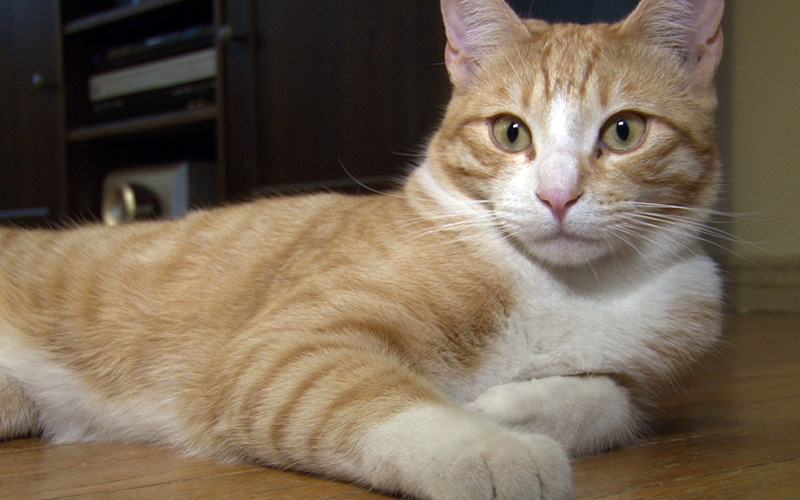 The parasite Toxoplasma gondii is commonly found in cats and transferred to humans through their feces. (Photo by Ben Brown/Cronkite News)

Researchers from the University of Chicago have found cats may potentially cause a psychiatric disorder in humans.

“It freaks me out,” said Phoenix resident Theresa Rink, who owns four cats. “(The study) makes me wonder. You want to know more about it.”

It all starts with the cat’s poop. Toxoplasma gondii is a parasite commonly found in cats that is passed to humans through cat feces. The parasite can cause toxoplasmosis, a relatively harmless infection, according to ScienceDaily.

“It is a parasite that cats get from hunting and eating animals. They ingest it from the animal and pass it in their feces,” said Dr. Judy Karnia, a veterinarian at the Scottsdale Cat Clinic.

The researchers found the connection between toxoplasmosis and intermittent explosive disorder – a psychiatric disorder with symptoms such as impulsive verbal and physical aggression, like road rage.

The study involved 358 adults and suggested the parasite may change brain chemistry. Intermittent explosive disorder is thought to affect “as many as 16 million Americans, more than bipolar disorder and schizophrenia combined,” according to ScienceDaily.

Dr. Daniel Foy, a clinical professor at the veterinarian school at Midwestern University in Glendale, wasn’t connected to the study. However, he’s familiar with toxoplasma.

“Toxoplasma can invade and affect other areas of the body,” he said. “Certainly, muscular, nervous system, brain, are all areas that theoretically can be involved.”

Every time you clean the litter box, you’re at risk of getting toxoplasmosis.

If you don’t properly wash your hands after changing the litter box, you can ingest it by putting your hands around your mouth.

The parasitic disease becomes a big concern for pregnant women.

“In people, it has been associated with affecting the placenta and potentially causing abortion,” Foy said. “So one of the reasons the advice often given is to ask women who are pregnant to not clean the litter box.”

But there is good news: The lead researchers for the study said there is no reason to get rid of your cats just yet, and researchers must do more studies to understand the connection to the explosive disorder.

Washing your hands, changing the litter box daily and using gloves are all ways to help ensure you don’t get toxoplasmosis.

Although, who knows? You might already have it. An estimated 60 million people already do, according to the Centers for Disease Control and Prevention. But, in most cases, there are no real health concerns.