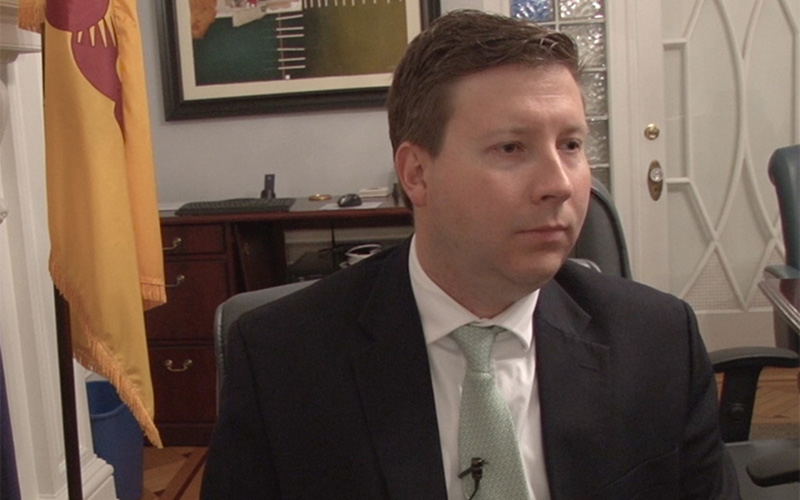 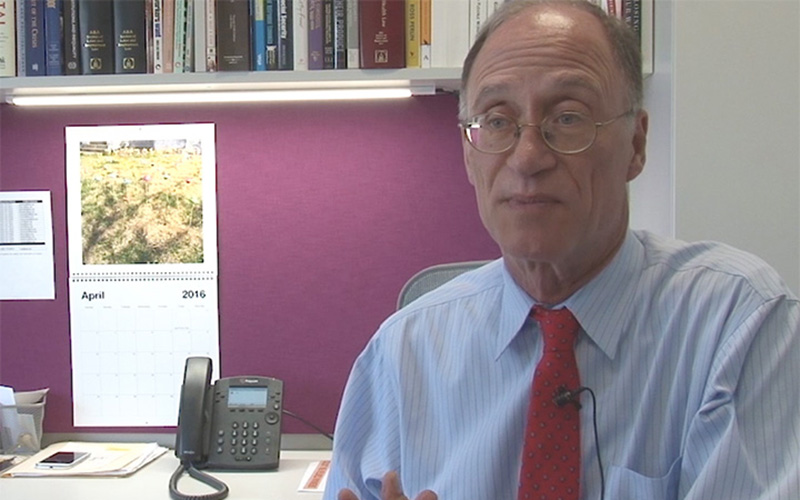 Ross Eisenbrey of the Economic Policy Institute said that, desptie what the ALEC report says, states with relatively high numbers of regulations and taxes tend to have larger economies. (Photo by Lauren Clark/Cronkite News)

WASHINGTON – Lower taxes, fewer regulations and right-to-work laws helped push Arizona toward the top of a report this week ranking states on their economic outlook.

“Arizona should be an example for other states to follow,” said Jonathan Williams, co-author of the report and vice president of the ALEC Center for State Fiscal Reform.

State of the states

The American Legislative Exchange Council’s listing of the best and worst states for economic outlook, with better states having lower taxes and fewer regulations:

“If California became more like Arizona, it would be very good for their state economy,” Williams said. “They would probably reverse the outbound migration of businesses and individuals.”

But critics of the report challenged the notion that fewer regulations correspond to a thriving state economy.

Ross Eisenbrey, vice president of the liberal think-tank the Economic Policy Institute, pointed out that California and New York – two states that finished at the bottom of the ALEC report, in 46th and 50th place, respectively – consistently rank high for their gross domestic product.

“The poorer states in the country, by and large, have less regulation,” Eisenbrey said. “States you don’t equate with regulation, like Mississippi or Louisiana, generally do poorer with productivity and income.”

Williams said Arizona did particularly well with in the area of low tax rates, and has made progress cutting down its debt. The state has regularly been in fifth or sixth place, last finishing out of the top 10 in 2011, when it ranked 12th.

“That commitment to a pro-growth, economic policy is really what the staying power is in the top five,” said Williams, adding that the study shows that less regulations means more growth.

“Americans continue to vote with their feet from one state to another, and go for economic opportunity,” Williams said. “It is very clear why they are going to some states, and leaving others.”

But Eisenbrey said that regulations are not only an essential part of a fair business system, the also bring workers “freedom from fear, freedom from terrible injury.”

“I don’t think that they (ALEC) give a complete story,” Eisenbrey said. “Whose freedom are we talking about? The freedom to be safe from being killed in an industrial accident? The freedom of school children not to be poisoned?”

He also challenged the study’s reliance on right-to-work laws as a factor in economic opportunity.

“States who have right-to-work laws have much lower wages and workers are worse off,” said Eisenbrey, adding that wages in those state are $1,500 less, on average. “This might be good for a business owner who’s paying less, but it’s not good for working people.”

But Williams said the impact of businesses – large and small – is something that affects everyone by providing both revenue and income.