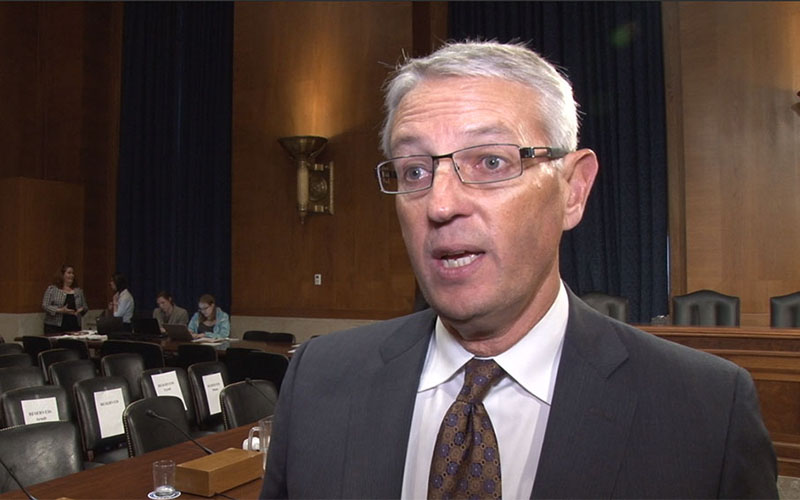 Joe Gysel, president of EPCOR Water USA and an officer of the National Association of Water Companies, told a Senate panel that aging water systems are “a very large problem.” (Photo by Katie Bieri/Cronkite News) 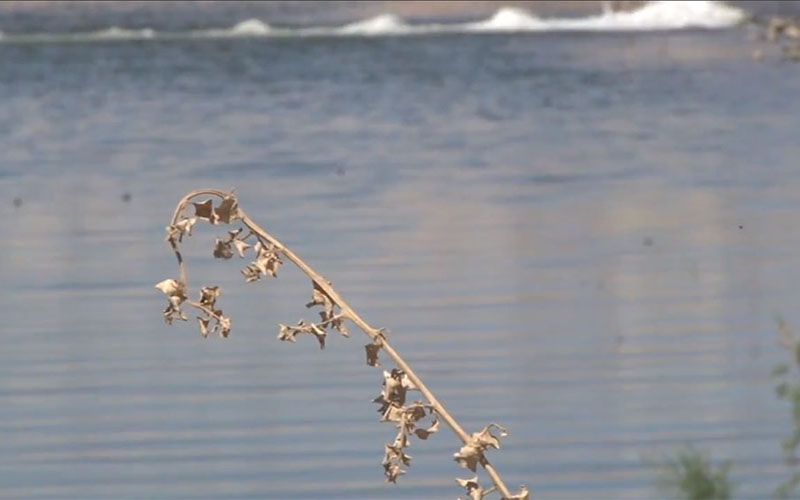 EPCOR President Joe Gysel said water is “a very precious commodity,” particularly in desert states like Arizona, but that up to a third of water may be lost to aged, deteriorating water pipelines. (Photo by Cronkite News)

WASHINGTON – The president of a Phoenix-based water company joined other officials from around the country to tell a Senate panel Thursday that the nation’s aging infrastructure needs help if Americans want a reliable, safe source of water.

The committee was looking at the federal government’s role in supporting water infrastructure, in the wake of problems that resulted in lead-tainted water in Flint, Michigan.

“The American people have a right to expect safe, clean water when they turn on their faucets,” said Sen. Barbara Boxer, D-California, in her opening statement. “Yet millions of homes across America receive water from pipes that date to an era before scientists and public health professionals fully understood the harm caused by lead exposure.

“The health and safety of our children and families depends on modern infrastructure, that provides safe drinking water and assures clean rivers and streams,” Boxer said later.

Witnesses at the hearing included representatives from public and private water operations, large and small, from across the country. For most of them, the message to lawmakers was clear: Local governments need help.

“Give us water, or give us relief,” said Lima, Ohio, Mayor David Berger, who was speaking on behalf of the U.S. Conference of Mayors.

Berger said the cost of water is borne mostly by ratepayers, but that they are unable to afford increasingly expensive costs of repair and regulation. That is a problem in Lima, where Berger said about a third of the residents fall below the poverty line.

“Local government, not the federal government, is where the job of providing water and wastewater services gets done, and is paid for,” Berger said.

Aging systems were a particular problem for the witnesses. Gysel, who was testifying on behalf of the National Association of Water Companies, where he serves as president, estimated that as much as 35 percent of the water in some Arizona systems is lost before it reaches customers because of leaky pipes.

“It’s a very large problem,” Gysel said after the hearing.

“Our infrastructure is more than 100 years old,” he said. “A lot of our utilities in Arizona are facing massive rebuilds to rebuild the infrastructure that was put in a number of years ago.”

But while the repairs could be costly, Gysel said they have to be done.

“As you know, Arizona is in a desert,” he said.”Water is a very precious commodity and we’re always under continual pressure to use that resource as best as we can.”