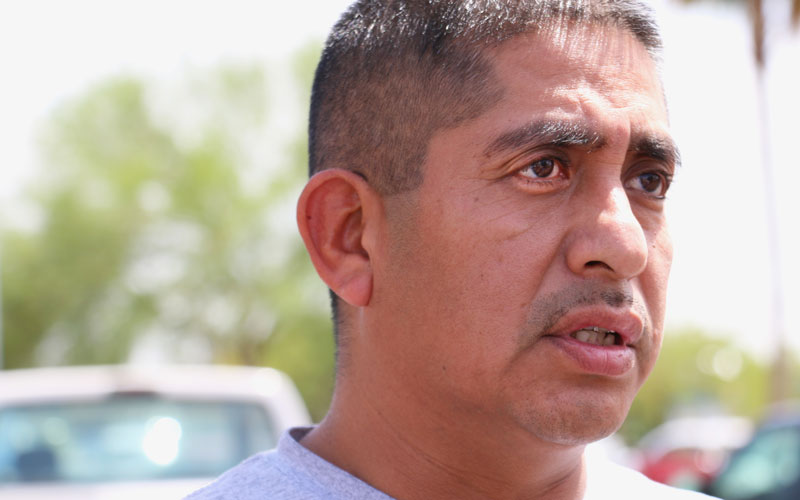 Juan Garcia, a Phoenix local, responds with disappoint at Trump’s proposal to take away the ability of people to send money back to Mexico.
(Photo by Kaitlyn Ahrbeck/Cronkite News) 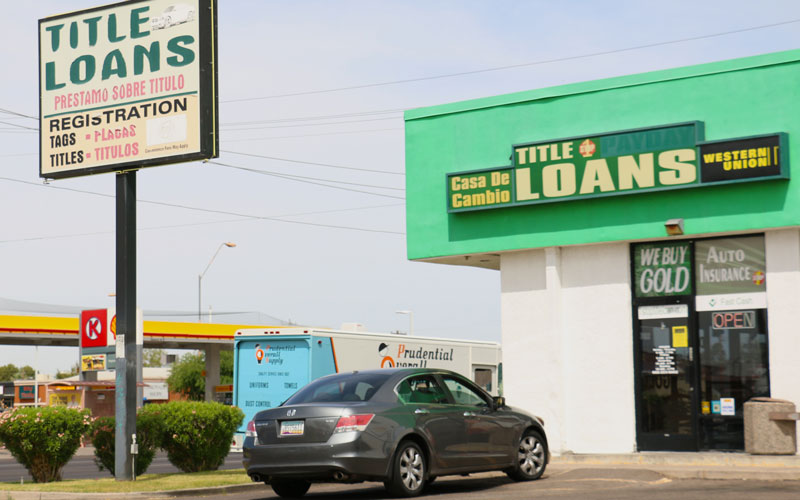 Western Union is one of the companies Trump has targeted in an attempt to stop from people sending wire transfers to Mexico on April 5, 2016.
(Photo by Kaitlyn Ahrbeck/Cronkite News) 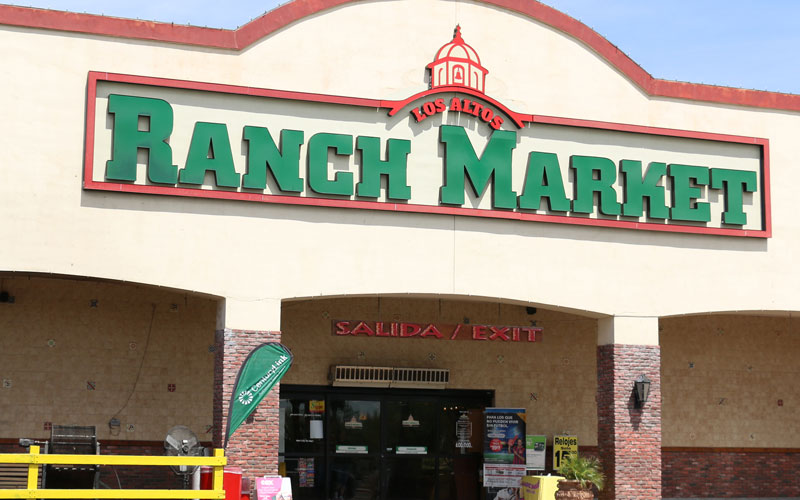 Ranch Market is one of the many places people can use to send money to Mexico. However, Trump’s new proposal is trying to put a stop to this. Photo taken on April 5, 2016 at the Ranch Market in Phoenix. (Photo by Kaitlyn Ahrbeck/Cronkite News)

“We are not criminals,” said Juan Garcia, an immigrant who sends money home every week to support his wife and children in Mexico. “We are simply coming here to work and help support our families so they can have a better life in Mexico.”

Garcia, who was walking out of a grocery store that houses a company immigrants use to wire money to Mexico, said he was going to encourage his relatives who are eligible to vote in the U.S. to make sure they cast a ballot in November against billionaire Donald J. Trump, the leading Republican presidential candidate.

Others echoed Garcia’s concern. Mexicans working in the United States send an estimated $24 billion back to their Mexico.

This week, Trump released a two-page memo detailing his plan to force to Mexico to pay for a 1000-foot-long expanded wall on the border.

“It’s an easy decision for Mexico,” said Trump. “Make a one-time payment of $5-10 billion to ensure that $24 billion continues to flow into the country year after year.”

Trump’s plan was met with stiff opposition from both Republicans and Democrats, including President Barack Obama.

“First of all impractical, we just talked about the difficulties of trying to enforce huge outflows of capital,” said Obama. “The notion that we’re going to track every Western Union, the bit of money being sent to Mexico, good luck with that.”

Trump backs up his proposal with the provision of the Patriot Act, Section 326. This section states that a verification of identity is required for a financial institution and their customers to open an account.

“In the proposed rule, a requirement that no alien may wire money outside of the United States unless the alien first provides a document establishing his lawful presence in the United States,” said Trump.

“Sometimes relatives in Mexico need help from us, so no I don’t agree,” said Maria Martinez.