Republican presidential hopeful Donald Trump said he will make good on his promise to have Mexico pay for a border wall by blocking remittances back to that country to pressure it to act. (Photo by Luis Romero/flickr via Creative Commons) 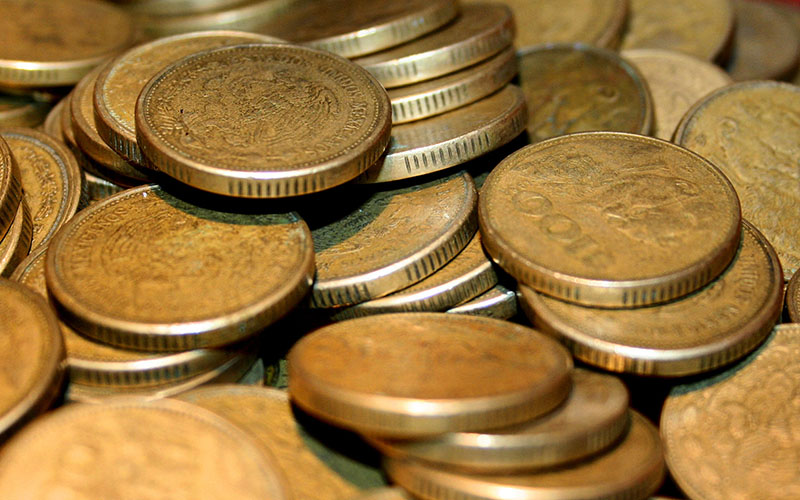 The Mexican Central Bank has reported that remittances – money sent home by Mexicans living overseas – totaled $24.8 billion last year, with much of the money coming from the U.S. (Photo by Scott Robinson/flickr via Creative Commons)

WASHINGTON – President Barack Obama appeared to speak for much of official Washington when asked about GOP presidential candidate Donald Trump’s plan to freeze remittances in an effort to pressure the Mexican government to put billions toward a border fence.

“Good luck with that,” Obama said Tuesday, noting the difficulty of tracking money transfers from millions of immigrants. The comment came at the end of his remarks on the challenges in following billions in corporate profits that U.S. companies shelter overseas from taxes.

That statement was echoed by experts on both sides of the debate. They said that even if the plan was feasible it could have unintended consequences, everything from creating a black market for money transfers to hindering federal investigations to actually increasing illegal immigration by hobbling the Mexican economy.

“The whole process he’s talking about is impossible. You would have to declare that Mexico is some how a threat politically,” Grijalva said. “I think it’s more campaign bluster.”

Trump’s promise to make Mexico pay for a wall along the Southwest border has been a key element of his campaign, but he had offered few details on how he planned to make it happen until this week.

In a two-page memo, first reported Tuesday by The Washington Post, Trump said he would use provisions of the Patriot Act to cut off money transfers from the U.S. to Mexico. The Mexican Central Bank has reported that a total of $24.8 billion was sent home last year by Mexicans living overseas, with much of the money coming from the U.S.

Trump said he would reopen the remittance tap once the government there provided the money for a wall.

“It’s an easy decision for Mexico: Make a one-time payment of $5-10 billion to ensure that $24 billion continues to flow into their country year after year,” Trump said in a statement on his campaign site.

His statement also said higher visa fees, trade tariffs and other measures could be taken to help pay for a wall. He defended those measures, saying Mexico “has taken advantage of us in another way as well: gangs, drug traffickers and cartels have freely exploited our open borders and committed vast numbers of crimes inside the United States.”

“We have the moral high ground here, and all the leverage,” his statement said. “It is time we use it in order to make America great again.”

Western Union declined Wednesday to comment on the proposal and the American Bankers Association said in an email that it is “staying out of the proposals from presidential candidates.”

But other experts had plenty to say.

“If they were to block these money transfers, almost immediately Mexicans would figure out other ways to get their money home,” said Alex Nowrasteh, an immigration policy analyst at the Cato Institute.

“They would use black markets, they would transfer their funds to third parties in other countries that would than transfer it into Mexico,” Nowrasteh said. “It really would make a mockery of the federal government to try and enforce this.”

Aaron Klein of the Brookings Institution said that besides creating an “unsafe environment” where immigrants are carrying large amounts of cash, the plan could ultimately threaten national security.

“You also impede the ability of the United States government to track and go after money launderers or … terrorist financing organizations,” Klein said.

Obama agreed that cutting off remittances would be felt in the Mexican economy, but said that could backfire.

“We’ve got the issue of the implications for the Mexican economy,” he said. “Which, in turn, if it’s collapsing actually sends more immigrants north because they can’t find jobs back in Mexico.”

That assumes that remittances could be cut off, the president said.

“The notion that we’re going to track every Western Union bit of money that’s being sent to Mexico … good luck with that,” Obama said.