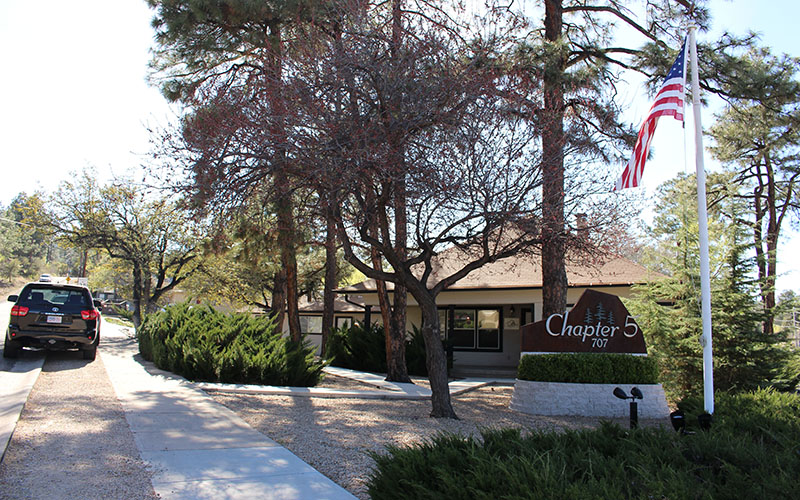 The womens’ house at Chapter 5 recovery center in Prescott, Ariz. used to be a tuberculosis hospital. It now houses recovery addicts. (Photo by Clarissa Cooper/Cronkite News) 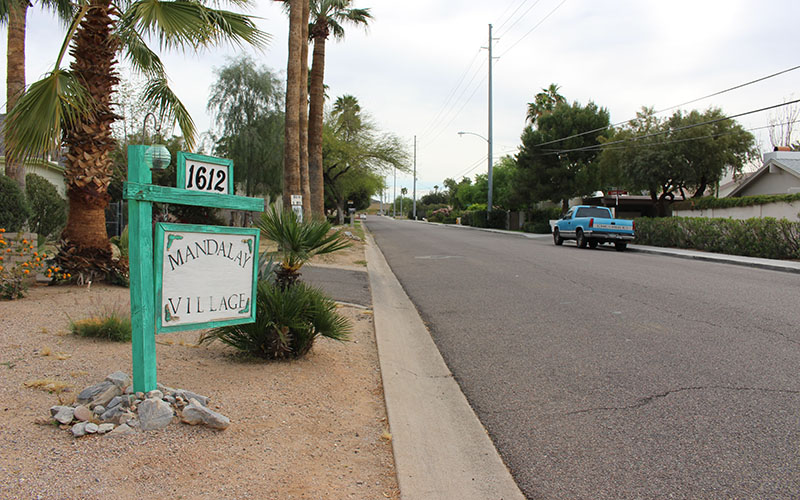 The highly addictive stimulant has surpassed cocaine, which now is more difficult to get.

“We’re seeing a larger increase in methamphetamine, larger amounts of methamphetamine than we do heroin, but it comes down to numbers. You can use heroin in smaller quantities than you can methamphetamine,” said Erica Curry, a spokeswoman for the Phoenix Division of the DEA. “Methamphetamine, heroin, number one and number two without a doubt.”

Meth seizures have increased steadily from 1,613 pounds in 2010 to 4,884 pounds in 2013 alone, according to the DEA. Curry said meth and heroin now are recognized by the DEA as the most prevalent drugs as Mexican cartels have shifted their cocaine trafficking to more profitable European markets.

“With the decreasing availability of cocaine in the states, people are still looking for their stimulant. So they’re transitioning to methamphetamine. Methamphetamine, because it’s completely controlled in its manufacture and distribution by the Mexican cartels, there’s more profit to be made by the methamphetamine,” Curry said.

Many former users said their addiction meant using meth every few hours to maintain their high.

“I was a smoker, I smoked it, so every 30 minutes you’re smoking on the pipe, even at my job,” said former addict Kim Haney, who used to deliver mail. “Even at my job, I would find bathrooms around the Valley that had keys so I could lock myself in the bathroom, smoke meth and then go out and finish my mail route.”

Haney, who has been sober for nearly eight years, now is a manager at Mandalay Recovery Village, a quiet half circle of houses filled with recovering addicts where Haney used to be a client. She lives in a house with her dog, Booger, and spends most of her time sitting outside smoking cigarettes and talking with the clients.

“You think you get a lot of stuff done,” Haney said of her meth addiction. “When I first started I would be up for four days at a time, you never sleep, you don’t eat, that’s a huge one, you get skinny, it’s like a diet. You think you look great, but you’re 80 pounds soaking wet.”

“You think you look beautiful. Looking back on it now, going to Wal-Mart, I can pick out tweakers all day long, and they think they look great, but no, they don’t.”

Haney said her meth supplier brought the drug from Mexico to sell to people in the Phoenix area. Domestic meth labs are now rare in the United States because of restrictions on the amount of chemicals like the decongestant pseudoephedrine. Pseudoephedrine, which used to have no over-the-counter restrictions, is a commonly used ingredient in the manufacturing of methamphetamine.

The Combat Methamphetamine Act of 2005, signed into law by President Bush in 2006, limits the amount of pseudoephedrine that any one person can buy each month and is tracked by checking IDs.

“Because of that, the manufacturing of methamphetamine has transitioned completely to Mexico, where you can get pseudoephedrine in large quantities to manufacture multi-hundred pounds of methamphetamine, pure profit for the Mexican cartels,” Curry said.

The meth finds its way to Arizona, where former addicts such as Sara Harman would buy it on street corners. Harman, 22, said she started smoking meth at 17. She was homeless for about two years in south Phoenix, smoking meth and stealing food and clothing to support her habit, before friends picked her up and took her to Chapter 5 Recovery in Prescott.

She has now been sober for nearly three years.

According to a report from the federal Substance Abuse and Mental Health Services Administration, there were 569,000 current users of methamphetamine in the United States in 2014.

“It’s cheap. And it’s easily accessible,” said Jamie Born, a former addict and therapist at Chapter 5 Recovery in Prescott. “I also think that there’s some community and society values that methamphetamine actually supports,” she said, adding, “If you can do it faster you can do it better and you get more. Then, that equals good.”

“And methamphetamine can certainly support folks in doing that, in the short term, I believe. You have a lot of increased energy, decreased need for sleep.”

Harman described her meth addiction as “an animal state of being.”

“You go into strictly survival. You do enough to keep yourself alive but other than that, it’s all drugs,” she said.

The DEA’s Curry said smugglers are getting more creative. Agents find meth in toys and even liquefied into lotion and shampoo bottles that are turned back into crystal meth in the states.

CORRECTION: A previous version of this story misspelled the name of one of the sources. The source, a former meth addict, is Prescott resident Sara Harman.