ASU professor shares what’s next in study of gravitational waves 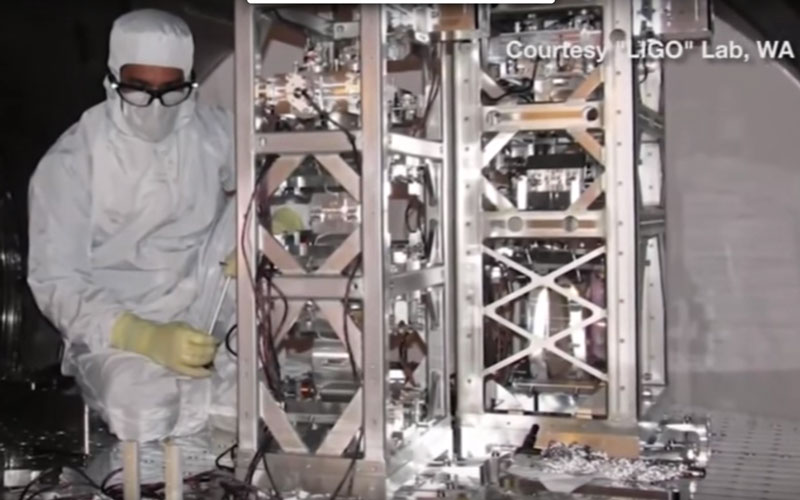 One month ago, a groundbreaking discovery was made in the gravitational waves field (Courtesy photo/LIGO Lab)

One month ago, a groundbreaking discovery was made in the gravitational waves field.

“One of the greatest discoveries of the last 100 years took place,” said ASU Foundation Professor Lawrence Krauss. “We discovered ripples in space coming from a distant collision of two black holes from 1.3 billion light years away.”

The discovery further validates what Albert Einstein stated over 100 years ago.

“Einstein theory tells us that space time is like a fabric,” said ASU Director of Cosmology Tanmay Vachaspati. “Every time that there is a violent motion, there is a ripple on that fabric.”

Vachaspati and Krauss have known each other since 1987, and have been working together since 1995.

Since the discovery, Krauss has received a great deal of media attention.

“There’s been a lot of discussion and interest and calls,” said Krauss. “But happily for me, the daily 20 calls per day from journalists and others has subsided after two or 3 days.”

With the media attention dying down for now, Professor Krauss and his colleagues look for what’s next in the gravitational waves field.