Texas Sen. Ted Cruz greets the crowd at a campaign event in Phoenix on March 18, 2016. (Photo by Ben Margiott/Cronkite News) 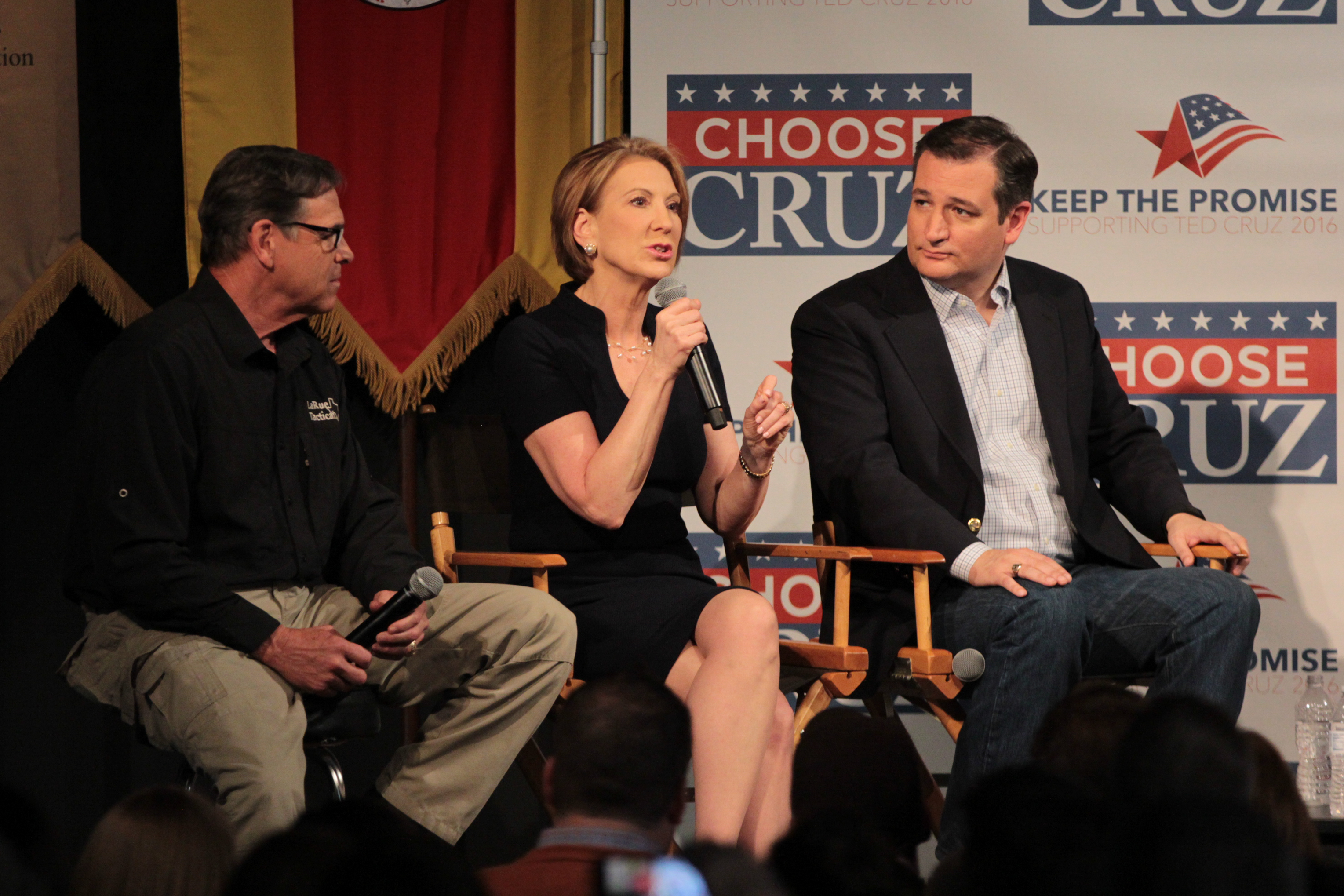 “What we are working to do everyday is unite and bring together Republicans,” Cruz said. “If you campaign engaging in constant insults and attacks, if just you yell and curse and belittle others with personal attacks, that makes it hard for the party to unite.”

According to a recent poll, billionaire businessman Donald Trump leads Cruz in Arizona by 14 percentage points.

The Texas senator believes he will have a “good night” in Utah, the only other state voting Tuesday, but said Arizona will be “much tighter.”

The poll stated that Trump was ahead with those who had voted early, but the Cruz campaign is hoping voters who haven’t yet cast their ballots will side with Cruz now that candidates such as Marco Rubio and Ben Carson have conceded.

Sean Hannity, who spoke with Cruz on stage as part of an hourlong special for Fox News, centered much of the conversation on the U.S.-Mexico border, which Cruz said he visited Friday morning near Douglas, Arizona.

“The border fence, what little fence there is there, is so dilapidated,” Cruz said to Hannity. “My 5-year-old, Catherine, could climb that fence in about three seconds flat.”

Cruz, who placed blame on both parties for the border crisis, said he would begin securing the border on his first day in office by tripling the border patrol and ending sanctuary cities by cutting them off from taxpayer funds.

“Democrats feel that there’s a new politically correct term for illegal aliens — it’s called undocumented Democrats,” Cruz said. “But Republicans are almost as bad. Republicans, far too many of them are in bed with Wall Street and the special interests and the lobbyists and big business.”

The sentiments resonated with the Arizona crowd.

“I wouldn’t be supporting Ted Cruz if I didn’t support his stance on immigration,” Ean White, a Cruz supporter, said after the rally. “We have laws on the books now that Ted as the leader of that branch of government could certainly make a lot of headway into (enforcing them).”

The final segment of the taped portion of the rally featured Mesa man Steve Ronnebeck, whose son was killed by an illegal immigrant in January 2015. Ronnebeck is featured in a Cruz television spot airing in Arizona.

Fiorina and Perry hammered home the immigration theme as well, saying Cruz’s plan to secure the border was more realistic and feasible than Trump’s.