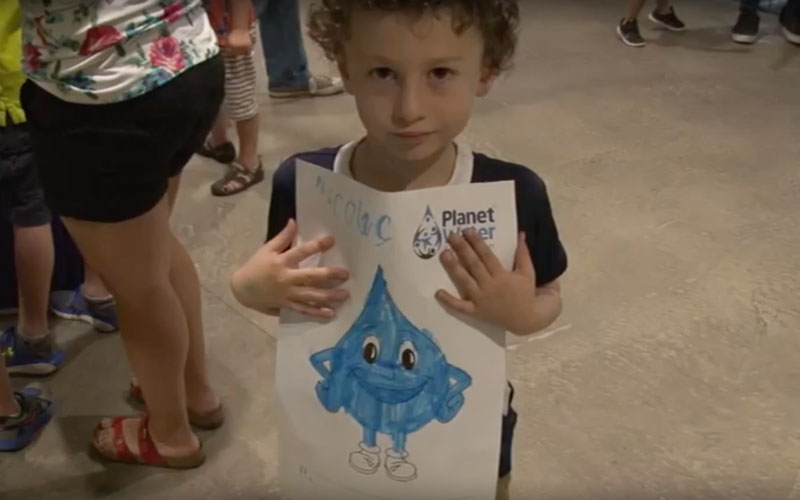 Children on Thursday morning colored a cartoon water droplet at a table the foundation set up at the Phoenix Children’s Museum. (Photo by Ben Margiott/Cronkite News)

Cain and other leaders of the Scottsdale nonprofit want to raise awareness that others don’t have the luxury of taking water for granted. About 4,000 children die each day after contracting diseases from unhealthy drinking water, according to the organization’s website.

His organization raises money to build clean water systems in impoverished countries such as Cambodia, India and Thailand.

“It helps (children) stay in school, get better grades and have the opportunity to get beyond where they are today,” Cain said. “It’s a game changer for the entire community and for the kids.”

Children on Thursday morning colored a cartoon water droplet at a table the foundation set up at the Phoenix Children’s Museum.

Foundation officials hoped to teach children about the struggles other children around the world face when it comes to finding safe drinking water.

“It gave the chance for kids to really kind of connect. Water is the one thing that binds us all together as world citizens,” Cain said.

World Water Day, created by the United Nations in 1993 to bring recognition to major water issues, will be marked on Tuesday by Planet Water and other activists.