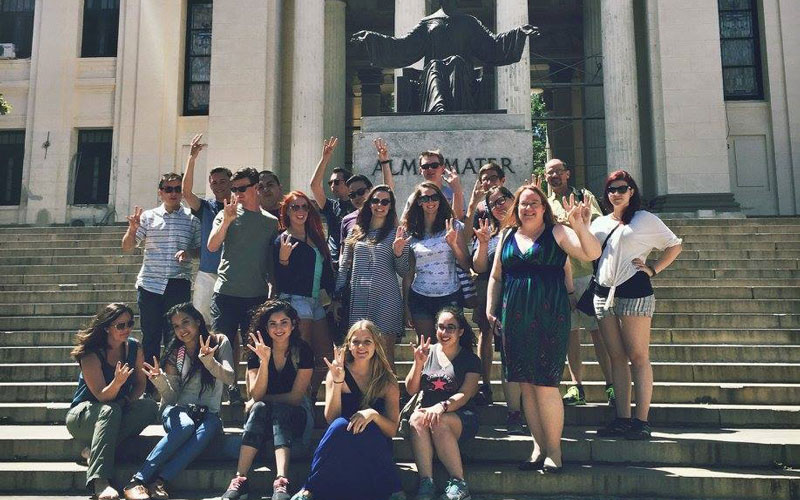 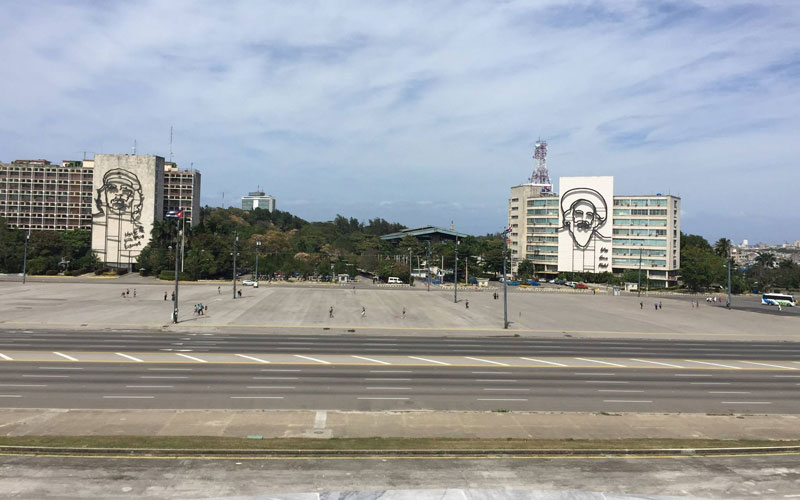 Buildings in Havana include the faces of heroes of the Cuban revolution.
(Photo by Baltazar Hernandez) 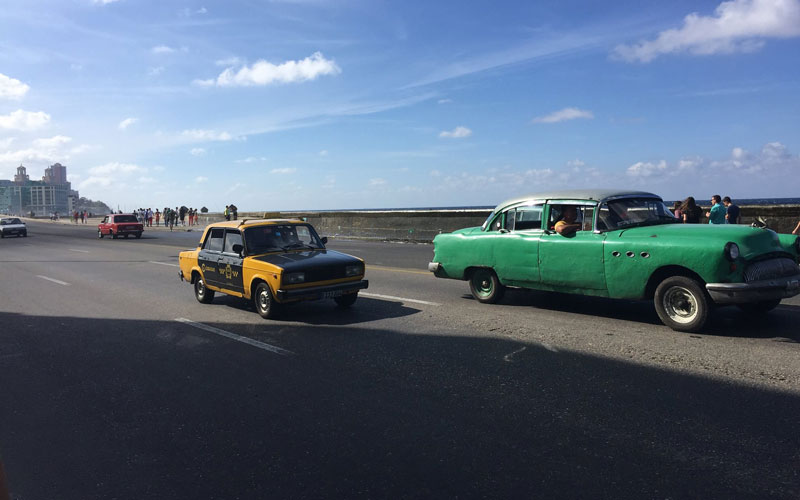 Old cars are common Cuba where the island has been coping with a decades old U.S. trade embargo
(Photo by Baltazar Hernandez) 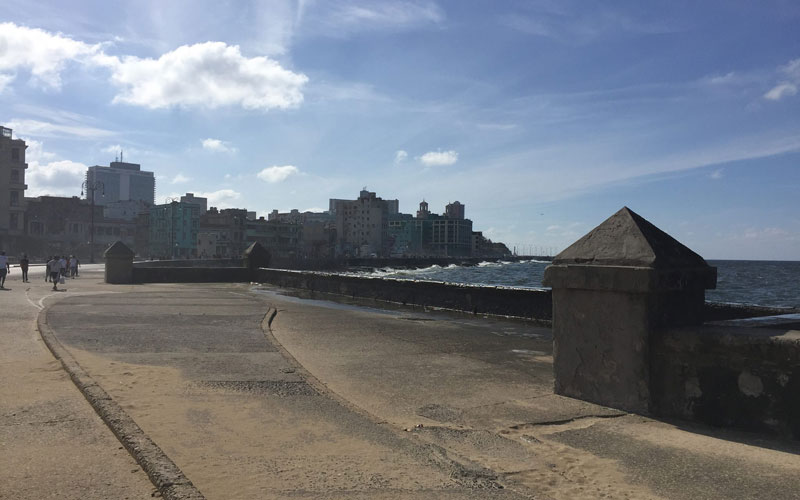 Americans who visit Cuba may now take a walk along the historic “malecon” or sea wall.
(Photo by Baltazar Hernandez)

Travel has been mostly limited to educational groups like the one Baltazar Hernandez joined when he visited Cuba recently. Hernandez was among 18 ASU students who got visas so they could travel to the island as part of their international political economy class.

The students stayed with host families. “We talked a lot about our families our careers, our respective country political situation,” Hernandez said.

It’s exactly the kind of “people to people” exchange President Obama wants to foster to promote civil society in Cuba.

“For them to be able to speak to me about my experiences in the United States, and for me to be able to get to speak with them was a very enlightening experience. For both of us,” said Hernandez.

Americans who want to travel to Cuba individually, with friends or as a family, rather than with a group must sign an affidavit, save their travel records for five years and engage with the Cuban people during their visit rather than remain isolated at a resort.

“They still and I am quoting must have a ‘meaningful interaction with the Cuban people.’ They can not go to the beach. They can not just be on their own. They must have a program to follow,” said Ronen Paladi, Owner of Ya’lla Tours USA.

Paladi’s travel agency is among the most experienced in organizing trips to Cuba. He says demand is steadily growing but the island is not prepared for a crush of tourists.

“Right now there are two or three hotels under construction which started years ago and are still not finished. So we have more American demand putting pressure on existing hotels. They have not hired new tour guides. They did not purchase new vehicles, vans or buses.”

Commercial flights to Cuba could begin as early as this fall. Major airlines including American, United, and Southwest have submitted applications with the federal government for permission to begin direct flights.

While Cuba’s aging infrastructure may not be ready, the Cuban people are excited.

“They are very eager to welcome and receive the influx of american tourists,” Hernandez said.