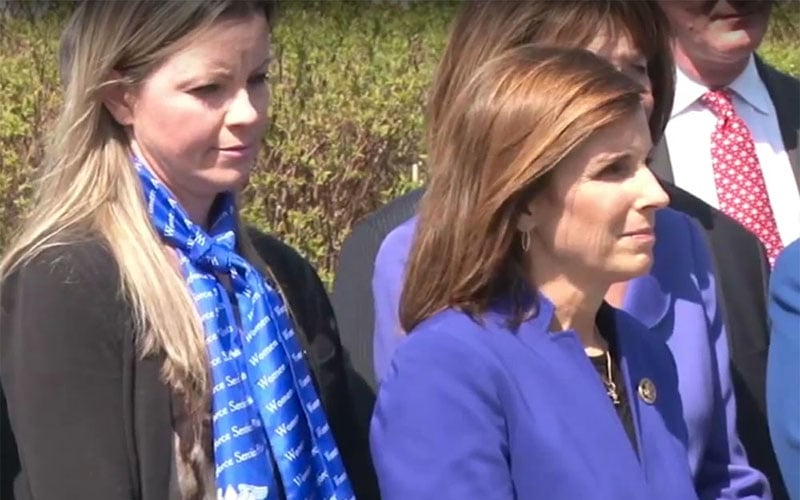 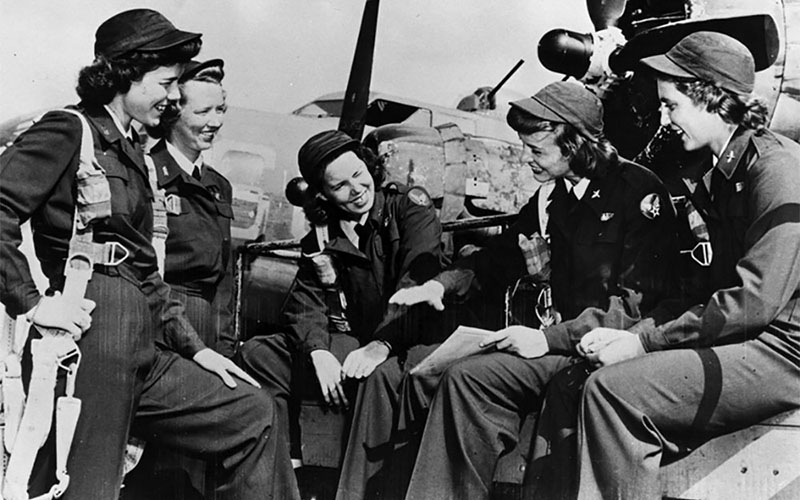 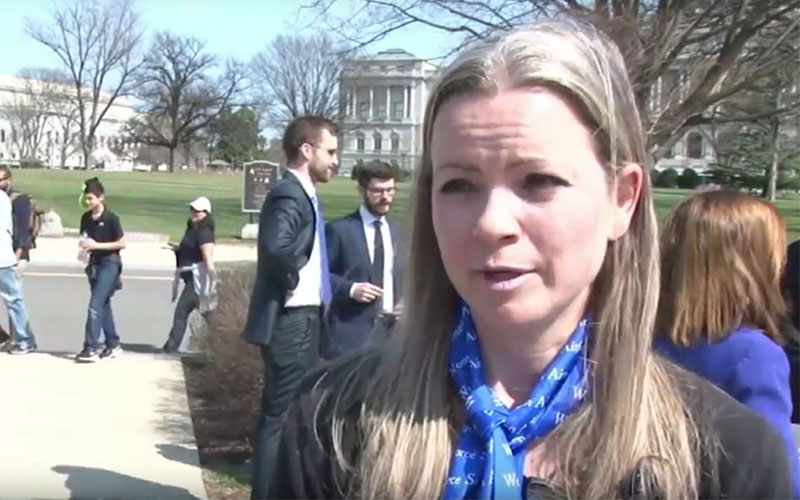 Erin Miller, the granddaughter of former WASP Elaine Harmon, called it unfortunate that she has had “to ask Congress to pass a law just to bury my grandma.” (Photo by Lauren Clark/Cronkite News) 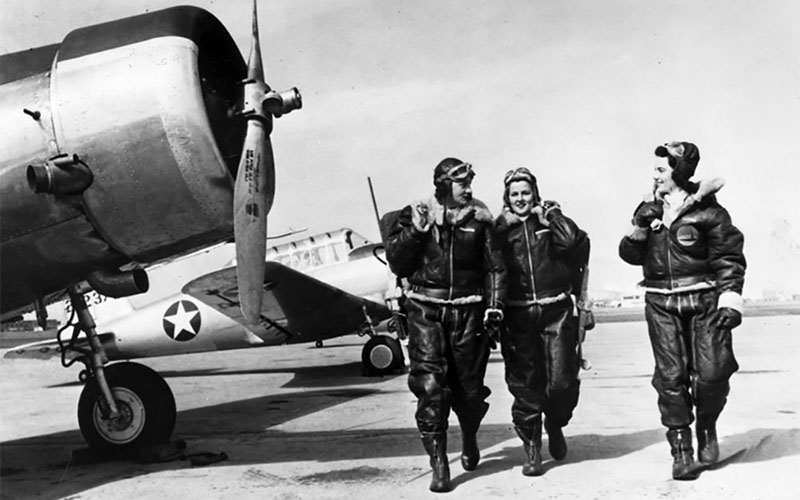 WASHINGTON – In the serene rows of headstones at Arlington National Cemetery lie the remains of those who served their country in the armed forces.

This quiet space just across the Potomac River from Washington, D.C., is where Elaine Harmon wanted her ashes to be inurned.

But the Army told Harmon – who served during World War II with the Women Airforce Service Pilots, or WASPs – that her service doesn’t count. After several years during which WASPs were inurned at Arlington, the secretary of the Army said last year that the policy was a mistake.

The plight of Harmon and other WASPs sparked a petition drive that has drawn more than 170,000 signatures calling for a change in policy, as well as bills in both houses of Congress to force the change.

“Elaine Harmon’s ashes are sitting in a shelf in her granddaughter’s closet. That is no way for us to treat our heroes and our pioneers,” said Rep. Martha McSally, R-Tucson, a sponsor of one of the bills.

More than 1,000 women served as WASPs during World War II. They shuttled shuttled military planes across the country, towed targets for shooting practice and even trained male pilots. Thirty-eight WASPs died while serving.

But they were considered civilian employees at the time. It was not until 1977 that Congress said WASPs’ service could be considered active military duty “for the purposes of all laws administered by the Veterans Administration.”

WASPs were never buried at Arlington, but beginning in 2002 some were able to have their ashes inurned there. Until last March, when the Army’s then-Secretary John McHugh said the inurnments were “improperly authorized” – the 1977 law recognized WASP service in regards to VA operations, McHugh said, but Arlington is run the by Army.

McSally called that a “ridiculous change of policy” at a time when the Pentagon is opening all positions to women. McSally, an Air Force veteran who was the first woman to fly a fighter plan into enemy territory, said WASPs were both mentors and friends to her during her military career.

“I didn’t have a whole lot of women to look up to, to encourage me and mentor me along the way,” she said at a Wednesday news conference on the issue. “And here walk in these feisty World War II pilots at an event that I went to.

“I had three of them sitting in the front row of my ceremony when I took over command of a fighter squadron,” she said.

McSally’s bill would require that anyone who served as a WASP be eligible for internment at Arlington with full military honors. The bill has 186 cosponsors. A companion bill in the Senate has 30 cosponsors.

Neither bill has come up for a vote, but Army officials said they support the move, arguing that only Congress can authorize the change.

A change.org petition started by Harmon’s granddaughters has collected more than 170,000 signatures. One of those granddaughters, Erin Miller, remembered her grandmother as “very adventurous and independent.”

“It’s unfortunate that I have to ask Congress to pass a law just to bury my grandma,” Miller said Wednesday.

But McSally is confident Congress will.

“We won’t stop fighting until they do the right thing,” she said.