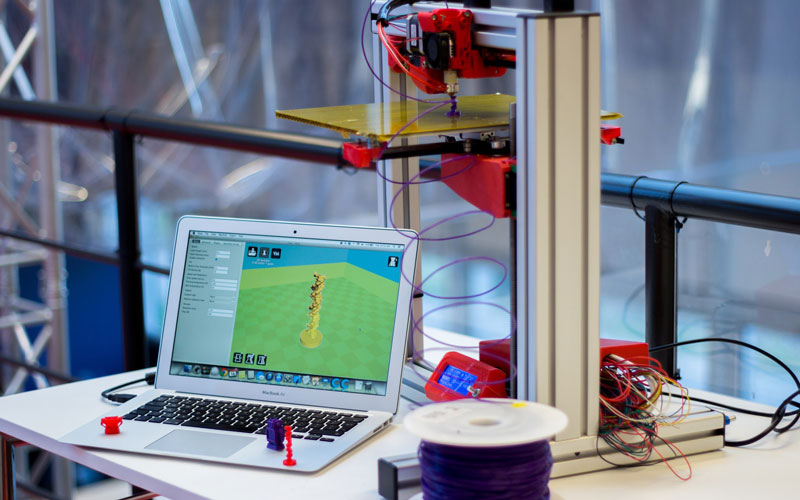 Although 3-D printing has clear benefits, a recent study revealed a major concern.

According to researchers from the Illinois Institute of Technology, University of Texas at Austin and Ecole des Ingénieurs de la Ville de Paris, the problem lies in the process of creating 3-D printed material.

The study indicated that certain plastics – such as ABS, nylon and polycarbonate – used in 3-D printing have been found to release particles identified as possible carcinogens.

Nylon, in particular, released emissions that the Environmental Protection Agency said can cause serious health implications such as neurologic, heart and stomach problems.

The National Institute of Occupational Safety and Health funded the study.

The study results may cause concern because of the recent surge in 3-D printing, which has become more common in schools, businesses and manufacturing. One analyst estimated 3-D printing would grow from a nearly $11 billion industry in 2015 to $26.7 billion by 2019, according to the Semiannual 3D Printing Spending Guide released by International Data Corporation.

“3-D printing allows us to do something we’ve never done in the past, which is build something quickly, grind it up and recycle it and do it again and again and again,” said Phillip Rayer, the project manager at Local Motors. “Whereas the traditional methods are so wasteful and such a struggle to get to an end.”

The 3-D printing process consists of “taking plastic and melting it, extruding it out of a little nozzle,” said Tony Rivera, Local Motors mechanical engineer. “It just builds up one layer at a time, and then the head moves up and builds another layer and so on and so forth until the part is complete.”

Officials with Local Motors said they work hard to ensure the safety of their employees by reviewing data and working with an Occupational Safety and Health Administration adviser.

But those who operate 3-D printers at their home or at school may not have the same resources.

The study said those who work with these materials should make sure the area is well ventilated, and they should switch to filaments made with PLA (biodegradable thermoplastic), which emit fewer toxins.

Despite the warnings, Rayer said he doesn’t think people should be afraid to use 3-D printers.