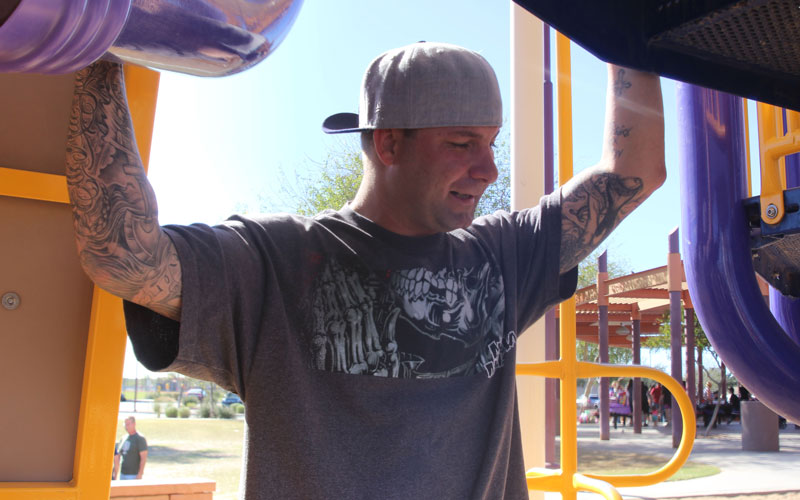 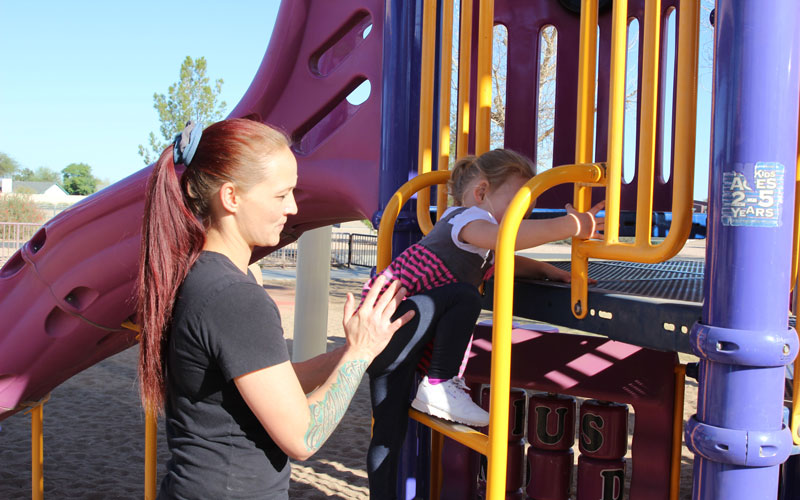 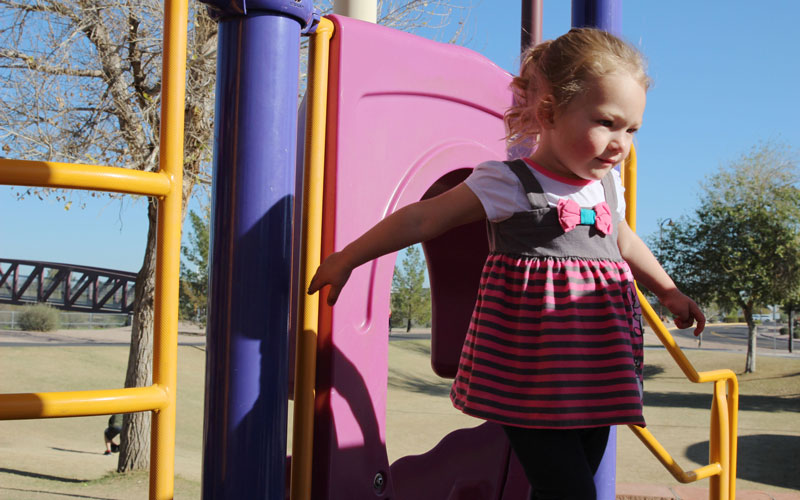 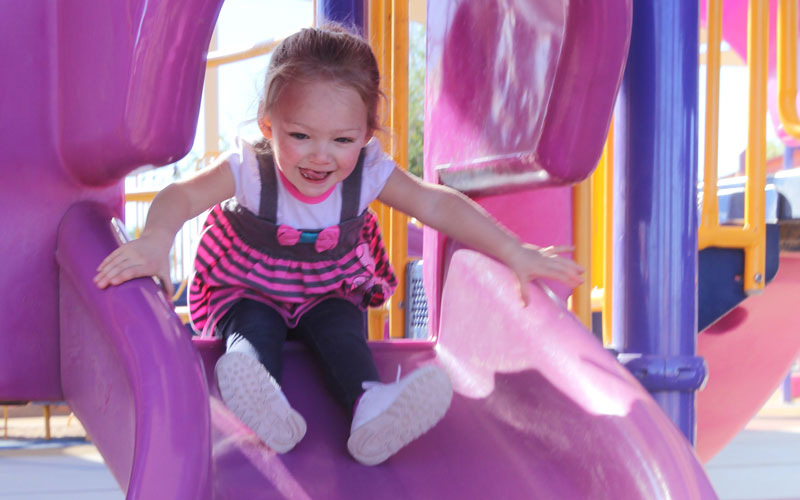 It turned out he was right. Four years ago, he was freed from prison, his conviction dismissed and his release one of many secured by the Arizona Justice Project.

The project has represented more than 50 inmates, with success in 24 of them. Last year, they received 350 letters asking for assistance.

According to the National Registry of Exonerations, a record 149 inmates were exonerated across the country in 2015 – most of who had been imprisoned an average of 14.5 years.

“We as society have learned a lot from these cases about the causes of wrongful convictions and the ways to prevent them from happening in the first place,” said Larry Hammond, the founder and president of the Arizona Justice Project.

Witt was 18 years old when he was accused of shaking his four-month-old son to death. He served more than half of his sentence before new evidence led Maricopa County Superior Court Judge Robert Gottsfield to dismiss his case.

But the details of Witt’s past and the loss of his son are anything but forgotten.

As an infant, his son Steven suffered from a string of seizures that kept Witt and his wife Maria in and out of their pediatrician’s office. In May 2000, the baby spent six days at Phoenix Children’s Hospital, but remained ill after being discharged, “repeatedly throwing up,” according to court records.

On June 1, 2000, the baby had a seizure while the Witts were driving him to Paradise Valley Hospital. Shortly after arriving, doctors transferred him to Phoenix Children’s Hospital where he was declared brain dead the next morning.

An autopsy later determined that the baby’s death was a homicide caused by “shaken/impact syndrome,” according to court records.

Witt was arrested for second-degree murder and child abuse.

According to court records, prosecutors claimed it was “a triad-based shaken baby syndrome case,” and the baby “died as a result of violent, severe shaking, which caused bleeding on the surface of his brain, brain swelling, bleeding in the retinas, behind the retinas of his eyes, and bleeding to the optic nerve that connects the eyes to the brain.”

Witt says he was offered two plea bargains, but refused them.

“I was 20 years old, I didn’t have money and they were like, ‘Oh you had a baby and another man’s raising it.’ It’s a classic case, and no one wanted to believe anything I had to say,” Maria Witt said.

“I knew he was innocent and he stepped up to be a part of my son’s life. And do nothing but love him and be the best father he could be,” she added. “And the fact that he was now getting charged for the death of something that he loved. I wouldn’t walk away from that and I wanted to stand by his side and do that time with him.”

During Drayton Witt’s time behind bars, he was stabbed 75 times during a fight with members of the Aryan Brotherhood, he says.

“I was in a four-on-one fight to the death with knives. I lived. I shouldn’t have lived. The first two stab wounds should have killed me,” Drayton Witt said. “One was straight in my ear and one was in the base of my skull.”

From prison, Witt wasted no time trying to prove his own innocence.

“I hit the books. I learned everything. I mean I had to learn everything from case law to medical science and it took ten years.”

In 2004, Witt started writing letters to the Arizona Justice Project. He almost gave up, saying, “Even though I felt that way, I kept doing it, kept writing the letters.”

“We all know that people are convicted of crimes they did not commit. We all know that there are people who are victims of manifest injustice. That part is clear,” Hammond said. “What is also clear is that there was no place for those inmates who had been wrongfully convicted to go get help.”

The Arizona Justice Project was among the first such projects in the nation at the time.

“We’ve been able to see projects grow in other states at least in part because of the model that we established here in Arizona,” Hammond said.

“At this stage, those individuals have no other resource. We are their last resource,” Puzauskas said. “If the Justice Project and the clinical programs at ASU and UA, if they didn’t exist, a lot of those people would have nowhere to go.”

“You didn’t have to read Drayton’s file several times to figure out that this was just crazy,” said Randy Papetti, one of four attorneys on the case.

“It was absolutely faulty science that was used to convict Drayton Witt,” he said.

Witt’s conviction was overturned and a judge eventually dismissed the charges with prejudice, meaning they cannot be re-filed, Papetti said.

Jerry Cobb, spokesperson for the Maricopa County Attorney’s Office, did not respond to requests for an interview with prosecutors who worked Witt’s case. He said his office decided not to re-try Witt, but doesn’t consider Witt’s case an exoneration or “proven innocence.”

“One of the problems in this area is the state, in my view, is overly reluctant to admit past mistakes,” Papetti said. “It’s wrong for anyone to suggest that the evidence did not show that he was wrongfully convicted.”

In 1993, he said he was the middleman responsible for setting up a drug deal between a buyer and a seller. The transaction took a violent turn and Rushdan came back from an errand to find the buyer carrying the seller’s body into a car.

“I was there after it occurred, but I wasn’t there when the crime actually took place,” Rushdan said.

After a few months, police approached him about the incident, wanting his cooperation in solving the crime.

“Beginning with his interrogation by the police, there were all these promises made,” said Amy Armstrong, an attorney who reviewed his case. “In his mind, what safe meant was not charged with the drug offense.”

“He had no idea that there was this thing called the felony murder rule which meant that even though he wasn’t physically present and didn’t know that crime was going to happen, that he could be charged with murder,” she added.
Rushdan agreed to testify, but changed his mind after getting threats from friends of the shooter, Armstrong said. He did not show up for trial and the shooter was acquitted.

Fourteen months later, Rushdan was convicted instead and sentenced to a minimum of 25 years. In prison, a fellow inmate encouraged him to write to the Arizona Justice Project.

“I held on to that address for about thirty days and I almost didn’t write them,” Rushdan said, who at this point was tired of attorneys.

In 2001, Armstrong started working on his case while volunteering at the Arizona Justice Project. At the time, she was still a law student at the University of Arizona College of Law and worked with Greg Kuykendall, the supervising attorney.

“Every day they’re in there seems like a day too long. It was excruciating,” Armstrong said.

Rushdan added, “Emotionally I was fighting. I mean you could either lay down on this conviction or you can keep fighting. To use desperate, I mean anybody in prison, if you feel you’ve been unjust, there is a sense of desperation,” he said.

His case was overturned for vindictive prosecution. In 2011, two days before his birthday and 15 years after he entered prison, he was released. He didn’t even know how to use a debit card, much less start over.

“I was standing in Wal-Mart and trying to figure out the debit card, you know? It was just a new world. It was like traveling into the future, he said.”

For Witt, it was the everyday tasks that took some getting used to.

“I took two weeks to kind a learn how to drive again, the normal stuff,” Witt said.

Neither man received compensation for their wrongful convictions. Arizona is at least 20 states that give no payment to those wrongly convicted.

Witt had a job lined up through his brother-in-law at AA Avondale, a mobile home park, upon his release.

Rushdan now works as a case manager assisting ex-felons with reentry after prison.

“I hold no ill will because it was more of a learning lesson. I grew up in the streets, I ran away from home at thirteen, I didn’t know any better,” he said.

Witt has since started his own company, Holeshot Painting, which specializes in exterior paint jobs.

“We never skipped a beat,” Maria said. They got married in prison and now have a two-year-old daughter, Ellie Mae Justice.

She was named for the Arizona Justice Project.