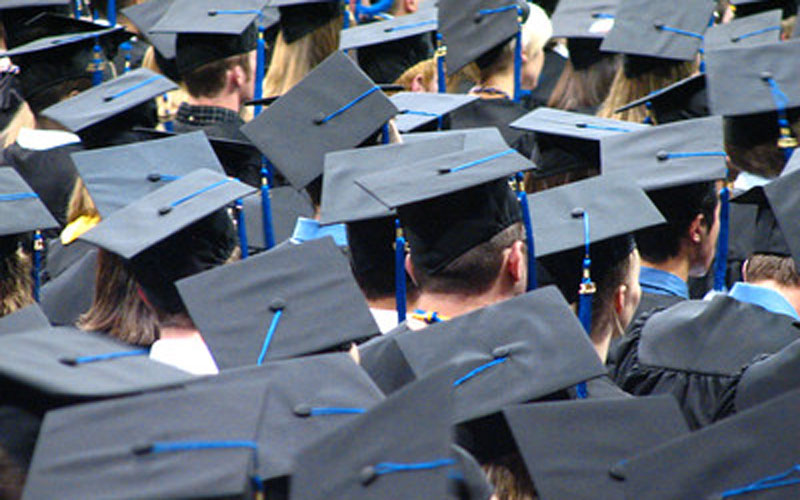 SB 1239 makes its way to the House of Representatives and moves closer to providing recognition for multilingual students in the state. (Photo via Wikimedia Commons))

After sweeping its way through the Arizona State Senate by a vote of 29-0, SB 1239 makes its way to the House of Representatives and moves closer to providing recognition for multilingual students in the state.

SB 1239 would institute a statewide seal of biliteracy, which recognizes students fluent in a second language other than English and would be attached to high school diplomas and transcripts.

Thus far, 15 states and Washington D.C. have adopted the seal, with six additional states close behind with legislation making its way through the state governments.

Beginning in California in 2011, the seal of biliteracy initiative started small, but has grown quickly with the help of Arthur Chou, a representative for sealofbiliteracy.org.

“Originally we just wanted to help California,” Chou said. “Now this has become nationwide, so we’re trying to help other states achieve the same goal.”

In just a few years, California tripled its number of students earning the seal, jumping from 10,658 in 2012 to 31,816 in 2015, according to the California Department of Education.

Different states have different standards to earn the seal. In Arizona, students must pass their English curriculum with at least a 2.0 GPA and pass exams for their other languages based on “a list of assessments using research-based methodology to determine a student’s proficiency in a language other than English.”

The first schools in the state to initiate the program were in the Cave Creek Unified School District, whose language department is headed by Cristina Ladas.

Ladas, the World Language Coordinator in Cave Creek, said she first heard about the seal of biliteracy during the fall of 2014 and began planning to put it in the school system as a test program for the state.

Cave Creek offered the seal for three languages – Spanish, French and Mandarin Chinese – with two levels of accomplishment for each language. Ladas said there was a “buzz” around the program from the moment it was announced, allowing it to be successful in Cave Creek immediately.

In all, 41 seniors in 2015 graduated with the recognition attached to their diploma, and one earned the seal in all three languages.

At the end of the school year in 2015, Ladas and Cave Creek Unified School District invited politicians, including State Superintendent Diane Douglas, to see the progress of the district and show them the advantages of the seal.

Ladas does not anticipate the list of languages to stop there, however, especially with the many indigenous languages taught and spoken within Arizona’s borders as well as classical languages, such as Latin.

Chou agreed, noting that many reference the seal as having to do with languages spoken abroad, forgetting about the cultural and language diversity within the United States.

Douglas was so impressed with the program that she included adding a seal of biliteracy in her comprehensive “AZ Kids Can’t Afford to Wait” plan released in October 2015.

The plan states the purpose of the action is to “recognize individual students for their accomplishment in learning more than one language” and alludes to the fact that, as the world gets more connected, the need for biliterate people grows more.