Rep. Matt Salmon, R-Mesa, said he will not seek re-election this fall, a move likely to shake up what was expected to be a sleepy race in the heavily Republican 5th District. (Photo by Katie Bieri/Cronkite News) 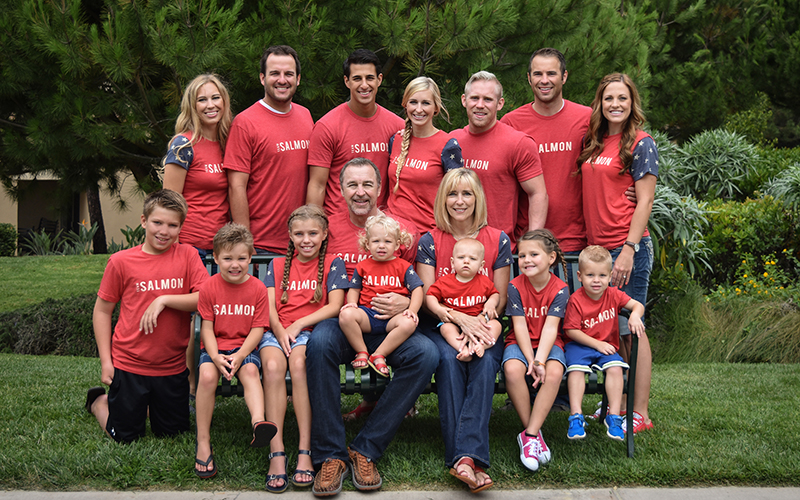 Rep. Matt Salmon, R-Mesa, with his family. A desire to spend more time with the family was the reason the two-term congressman said he would not run for re-election this fall. (Photo courtesy Salmon family) 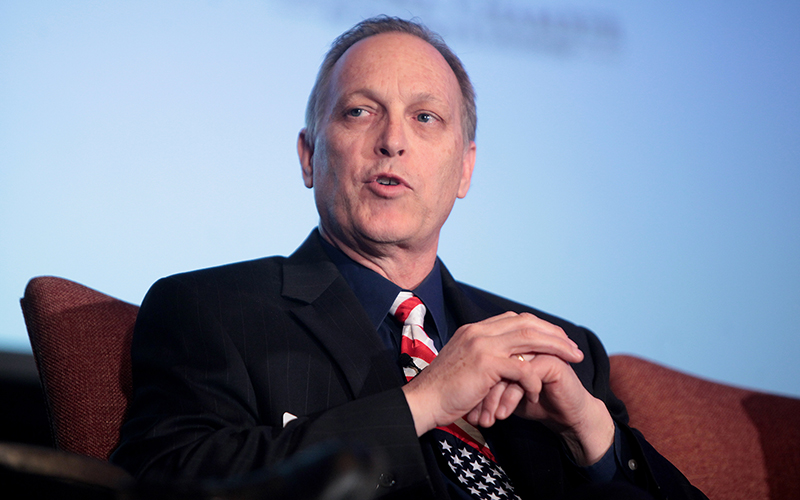 WASHINGTON – Rep. Matt Salmon’s surprise announcement Thursday that he will not seek re-election to his seat in Congress shook up what was expected to be a sleepy campaign in a solidly Republican district this fall.

The Mesa Republican, who had no challengers from either party before his announcement, said he decided to step down after his latest two terms because he was no longer willing to trade time away from his family for congressional duties.

Political analysts said the announcement could open the floodgates to potential GOP candidates, attracted by an open seat in a district where there are more than twice registered Republicans as Democrats.

Arizona Senate President Andy Biggs was the first to step in, announcing his candidacy less than a half hour after Salmon announced his retirement Thursday morning. Biggs’ statement said Salmon has agreed to be his campaign chairman, and Phoenix Councilman Sal DiCiccio had endorsed Biggs by Thursday afternoon.

One analyst said a Biggs/Salmon team would likely scare off other possible candidates.

“I think having the congressman as the chairman of his campaign makes him (Biggs) the frontrunner,” said Brian Murray, a political consultant with Summit Consulting Group.

He said the strength of the duo will scare off others, adding that those who do end up running won’t be “tier one” candidates.

But not everyone agreed, with Democratic political consultant Rodd McLeod noting that congressional seats “don’t come open that often.”

“I’d imagine that there’d be a number of people who would want to stick their nose in it,” McLeod said, pointing to the crowd of candidates vying for the 1st District seat being vacated by Rep. Ann Kirkpatrick, D-Flagstaff.

Jason Rose, a political consultant with Rose+Moser+Allyn Public Relations, said Biggs will be a “formidable” candidate but that lots of Republican rising stars will likely be looking at the seat.

“Everyone is going to take a long, hard look at it,” Rose said.

He pointed to former Mesa Mayor Scott Smith, Maricopa County Supervisor Steve Chucri, state Rep. Justin Olson, the chairman of the House Appropriations Committee, and Kirk Adams, Gov. Doug Ducey’s chief of staff who ran against Salmon for the seat in 2012. None of them could be reached for comment Thursday.

Bill Scheel, partner in Phoenix-based consulting firm Javelina, said contenders are not likely to be scared away this early in the race.

“That’s one of the more Republican districts in the state and there’s lots of Republican legislators and other elected officials in that area that are definitely going to want to take a look at this,” Scheel said.

The 5th District is 43.1 percent Republican, 19.9 percent Democrat and 36.1 percent independent, according to the latest figures from the Arizona Secretary of State’s Office.

But while state legislators could come forward, he said they might find it “hard work to lead a legislative body and run for Congress at the same time.”

This is not the first time Salmon has walked away from Congress. He was first elected to the House in 1994 and served three terms before deciding not to run in 2000. He was elected a second time around in 2012 and re-elected to his 5th District seat in 2014.

“I feel like I need to be back with my wife, my children, my grandchildren and let somebody else come and do this job,” Salmon said in an interview late Thursday with Cronkite News.

Salmon’s friends on Capitol Hill said they were sad to see him go, praising his “sharp wit,” principles and work championing conservative causes.

“Matt will stand as an example for all those who currently serve or aspire to serve in public office on behalf of the people of our great state, and I have no doubt that Arizonans will continue to benefit from his strong leadership,” Sen. John McCain, R-Arizona, said in a statement released by his office.

Salmon said retiring from Congress will be bittersweet.

“My wife always lets me take the garbage out but now I’ll get to do some other things too,” Salmon joked Thursday, before adding, “That’s a good thing.”