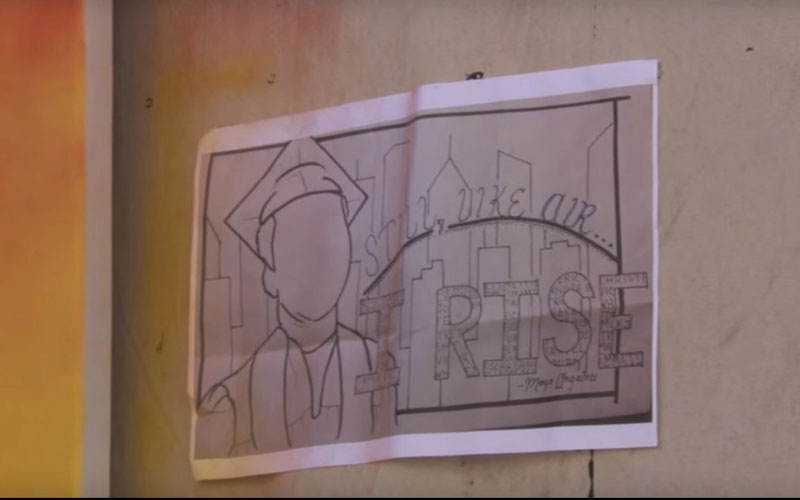 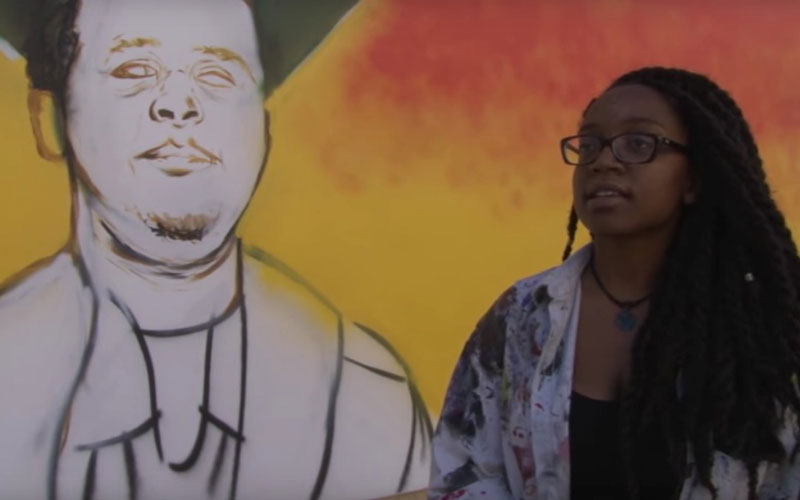 Trent’s mural is called “Still I Rise” and uses Michael Brown as the face of her painting. (Photo by Lauren Ashley-Allen/Cronkite News)

The mural, hung on a wall on the ASU West campus, is called “Still I Rise,” a famous poem by Maya Angelou. Trent used Michael Brown as the face of her mural.

Brown, 18, was shot and killed by a White police officer, Darren Wilson, on Aug. 9, 2014. The shooting sparked protests across the country and led to a movement with hashtags like “Black Lives Matter” and “Hands up, don’t shoot.”

“I’m really hoping to honor him and his legacy and all the black men and women who were killed before they got the opportunity to shine,” Trent said.

Trent is wielding her art to expand people’s ideas of race relations in America and spark conversations. She said she thinks it’s important to discuss the resilience of the Black community.

“We’ve made it so far in this country but we still have farther to go,” Trent said. “Resilience is about remembering where you came from, acknowledging the pain and moving forward despite that.”