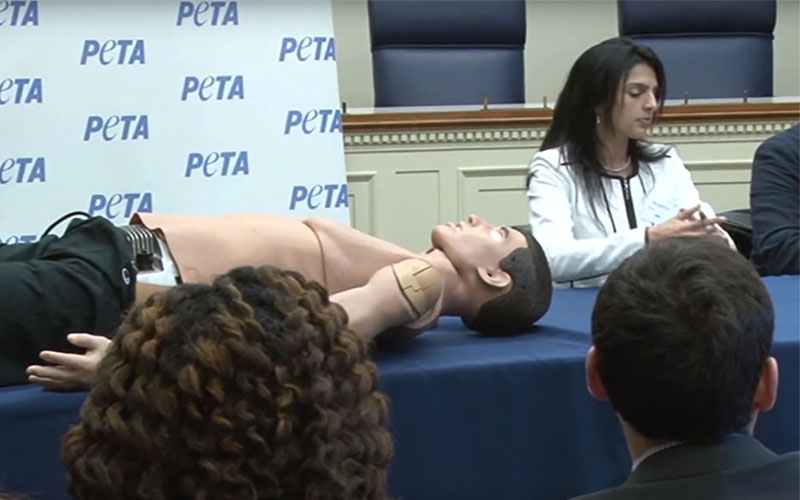 Advocates say simulators like Caesar can better mimic a wounded soldier’s problems, and how to fix them, than the live animals that have been used to train medics. (Photo by Lauren Clark/Cronkite News) 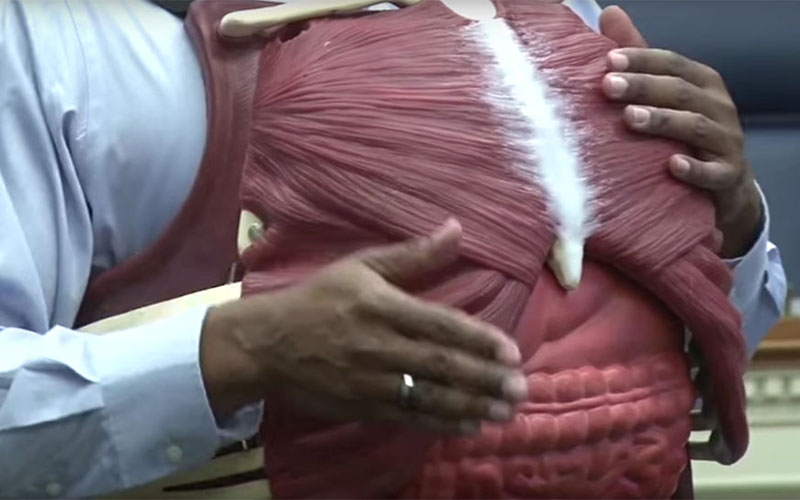 Supporters of a bill that would make the Pentagon stop using live animals when training medics to treat wounds point to high-tech alternatives like this “cut suit.” (Photo by Lauren Clark/Cronkite News) 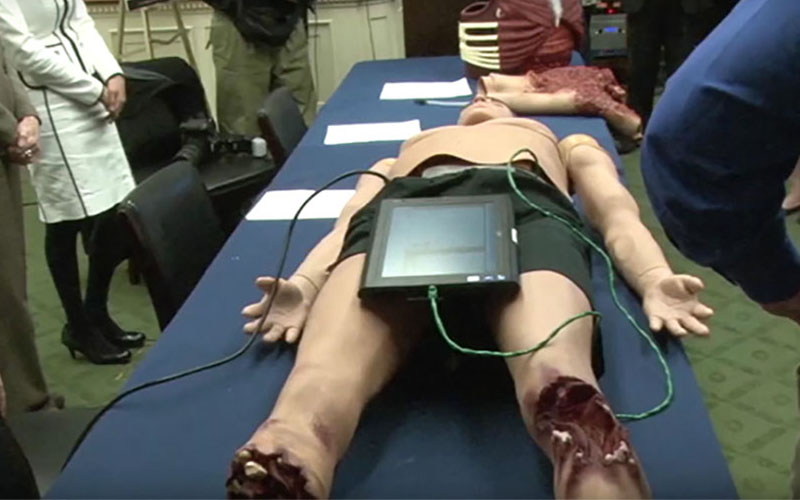 WASHINGTON – Caesar lies on the table, motionless, as medics begin to address a gaping wound.

Motionless because, well, Caesar’s a dummy.

And advocates say he is a cheaper and more humane alternative to training military battlefield medics than the current practice of wounding and then treating live animals.

“Animals in military training … are stabbed, shot, blown up, burned and killed,” said Justin Goodman, director of laboratory investigations at the People for the Ethical Treatment of Animals.

Goodman joined others at a Capitol Hill demonstration of Caesar on Wednesday in support of the BEST Practices Act, which would require that the Defense Department do away with medical training on live animals and replace it with “human-based” methods – including simulators, cadavers and hospital rotations, among others.

Rep. Raul Grijalva, D-Tucson, is one of 47 co-sponsors on the bill, which was introduced last February but has yet to get a committee hearing.

The bill said branches of the Pentagon have been moving away from use of live animals in trauma training but that the department still uses “more than 8,500 live animals a year to train physicians, medics, corpsmen and other personnel methods of responding to severe battlefield injuries.”

But critics said there are several drawbacks to training with live animals that have been intentionally injured, not the least of which is the fact that anatomical differences between a goat or a pig and a human could cause problems in the field.

“Those who have been trained to stop severe bleeding in live goats unfortunately discover the gross limitations of this training when they are trying to actually translate it in real time to human anatomy for the first time on the battlefield,” said Dr. Anahita Dua, who was at the simulator demonstration.

CAE Healthcare developed Caesar and the “cut suit” – a humanlike torso that can be strapped on to a person or worked on independently. Medics can cut through Caesar’s thick skin, clench his rubbery veins, even stare into his LED eyes. He’s wired to look and respond like a human, creating a more lifelike experience for a medic.

And unlike live animals, Caesar can be reused several times.

Advocates like Goodman say that sort of experience can “better train troops … are more relevant to human beings, are cheaper and obviously save animals’ lives.”

That alone is enough for Gideon Raff, the writer and producer of the show “Homeland,” who was at the demonstration.

“Our job is to protect life, not destroy it,” said Raff, who served three years as a paratrooper in the Israeli Army.

Advocates say the BEST Practices Act would also be cheaper in the long run than live-animal testing.

The Pentagon did not return a call seeking comment on the bill. But Goodman said he thinks it is a measure whose time has come.

“It doesn’t matter what your position on animal rights is,” Goodman said. “Many people will agree that if there is a superior way to do science that doesn’t involve hurting animals, it should be used.”