An A-10 Thunderbolt II from the 74th Fighter Squadron at Moody Air Force Base in Georgia flies over Afghanistan in this 2011 photo. The heavily armored jets are well-suited to close-air support of ground troops. (Photo by Master Sgt. William Greer/U.S. Air Force)

Rep. Martha McSally, R-Tucson, welcomed the Air Force decision to keep the A-10 flying at least until 2022, but like others she has concerns about the ability of the F-35 to replace the “Warthog” in close-air support roles. (Photo by Madison Alder/Cronkite News) 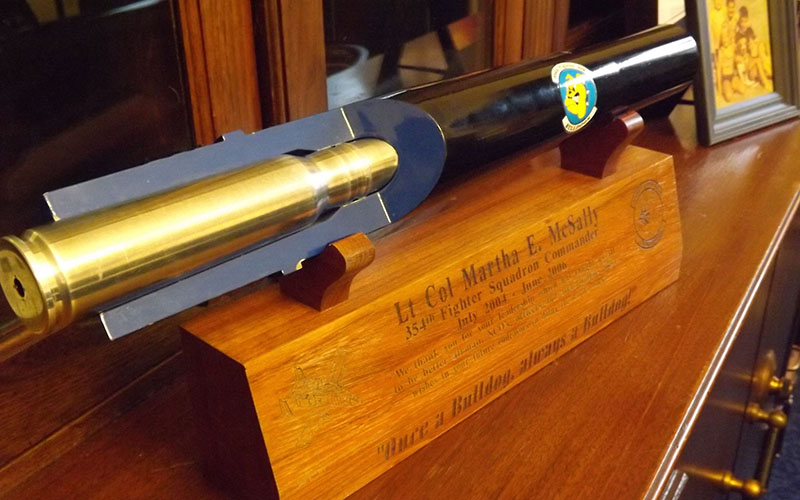 Before she was a member of Congress, Rep. Martha McSally, R-Tucson, was an A-10 pilot. Her Washington office includes this mounted 30mm shell from the fighter jet, which is armed with nose-mounted Gatling gun and can carry bombs and missiles. (Photo by Madison Alder/Cronkite News) 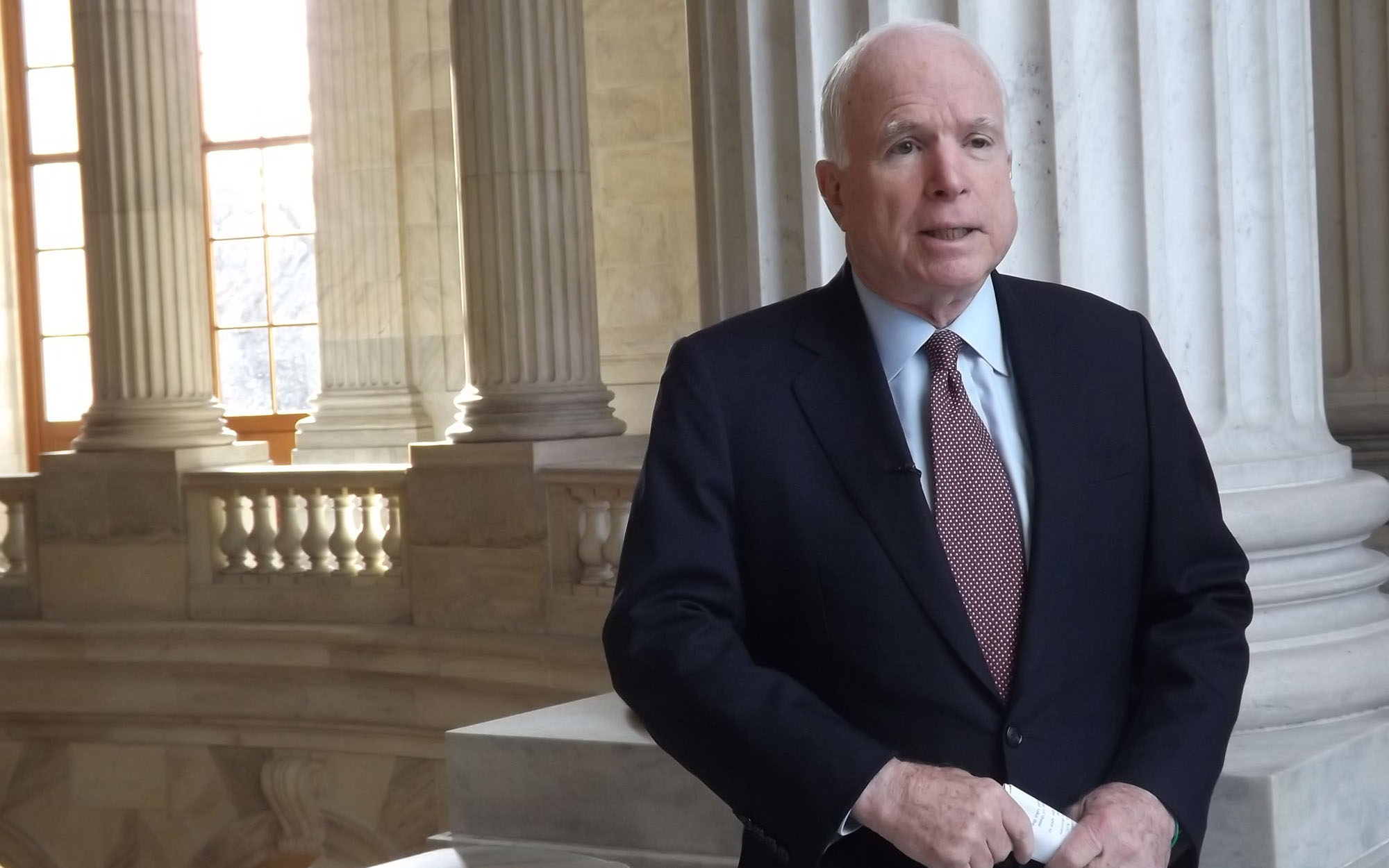 Sen. John McCain, R-Arizona, said the A-10 should be kept flying, but also expressed concerns that the F-35 is not yet “operationally capable.” He said the A-10 does an unglamorous job, while the Air Force has “a bias toward bombers and fighters.” (Photo by Madison Alder/Cronkite News)

WASHINGTON – Arizona lawmakers applauded the official announcement that the A-10 fighter will be funded through fiscal 2022, even as they expressed concerns Wednesday about the readiness of its proposed replacement, the F-35.

The comments were the latest in a years-long tug-of-war between the Air Force, which has been threatening to retire the decades-old A-10 for budget reasons, and lawmakers who said it still has a vital role to play.

“I am very supportive of us developing and operationalizing a fifth-generation fighter, like the F-35,” said Rep. Martha McSally, R-Tucson, whose district includes Davis-Monthan Air Force Base where the A-10 is based. But she and others have raised concerns increased costs and delays in getting F-35 operational.

“When it comes to the specific, unique mission of close-air support, I am concerned that the F-35, being a multirole, jack-of-all-trades, master-of-none does not have the ability to replace the A-10 and could potentially put lives at risk on the ground,” she said.

“We are not proposing to defund any of these aircrafts in FY 17,” James said in testimony to the Senate Appropriations Committee, but added that the Air Force does plan to “divest the aircraft eventually” in favor of more modern equipment.

She conceded problems with delivery of the F-35, calling it “a program in development.” Despite challenges with the software and maintenance manning, James said she believes the Air Force will meet deadlines for the fifth-generation aircraft.

“If you go back to our other new developing programs throughout our history as an Air Force, those, too, had challenges that had to be overcome,” James said. “That piece of it is not unusual.”

The capabilities the F-35 will bring to the nation are important in defending against “so-called, high-end threats,” James said.

That may be, but McSally and Sen. John McCain, R-Arizona, said the A-10 “Warthog” is needed now and for the foreseeable future.

The F-35 is not ready to take on the roles of the Warthog because “unfortunately the F-35 isn’t proven to be operationally capable yet after 15 years,” McCain said.

“I respect and appreciate the Air Force, but there has always been a bias toward bombers and fighters and not so much for those who have a close-air support role,” McCain in an interview last week.

While the Pentagon has said it is keeping the A-10 is because of its successes in the fight against ISIS, McSally said the Warthog is serving an integral role in three different missions.

“Right now the A-10 is fighting against ISIS. But the A-10 is also deployed to Europe to train with our allies and deter Russia and (President Vladimir) Putin from further aggression,” McSally said. “It’s also in South Korea, right along the lines of the DMZ (demilitarized zone) dealing with a potential deterrence for North Korea.”

The heavily armored, heavily armed A-10 is designed to fly low and slow over a battlefield, providing close-air support to ground troops and proving effective in fighting tanks.

Davis-Monthan is only base that trains pilots on the A-10, which is a large part of the base’s fleet. With the base contributing almost $1.5 billion to the Tucson-area economy and employing nearly 10,000 people in fiscal 2013, according to the Air Force, news of the Warthog’s reprieve was welcomed by local officials.

He said he hopes the aircraft is funded until “at least 2022,” but that, “As long as the A-10 is proving useful in combat, we shouldn’t set a deadline” to retire it.

McSally said she got Pentagon officials “to admit” last year that the F-35 could not survive a strike like the A-10 could and does not have near the same night capabilities.

“We at least got them to agree they had to do a fly-off between the F-35 and the A-10 when it comes to close-air support capabilities to see if the F-35 is going to be able to replace the A-10 for this important mission,” McSally said. That’s why she found it “concerning” when Defense Secretary Ash Carter said last week that the Pentagon is planning to replace the A-10 before a “fly-off” with the F-35 has happened.

An Air Force spokesman said in an email that the new budget delays retirement of the A-10 until at least 2022, when the military will “reassess the total force and make adjustments based on combatant commander needs and threats posed by future adversaries.”

“We are pleased to see some stability return to the budget process, which allows us to plan based on the needs of the total force,” said Benjamin Newell, the Air Combat Command spokesman.