DUI arrests in Arizona decrease for the fourth consecutive year 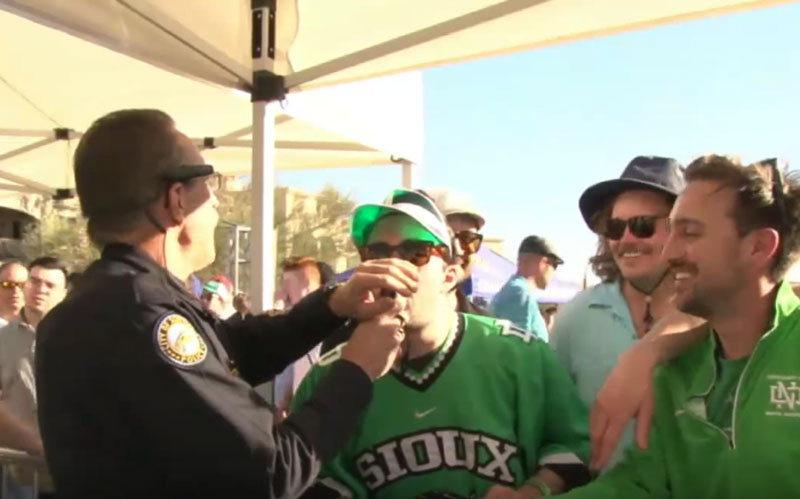 The DUI task force breathalyzed Waste Management Phoenix Open attendees as they were leaving to discourage them from drinking and driving.
(Photo by Sydney Glenn/ Cronkite News) 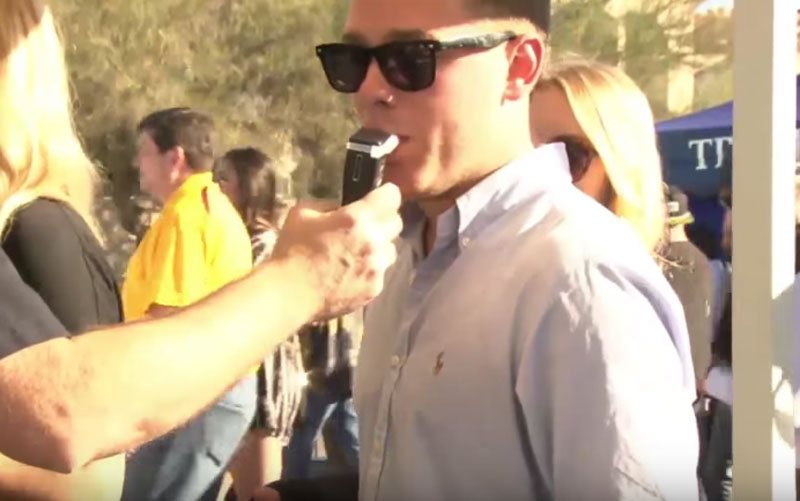 DUI arrest numbers have been down for the fourth consecutive year in Arizona, so the DUI task force wanted to keep it that way.
(Photo by Sydney Glenn/ Cronkite News)

SCOTTSDALE— The Waste Management Phoenix Open is known for more than just being a golf tournament. People from all around visit Scottsdale for this event, the concerts after the rounds are done and the drinking.

With DUI arrest numbers down for the fourth consecutive year in Arizona, the Scottsdale Police Department has a plan of action. Scottsdale’s “Know Your Limit” detail was started about five years ago.

“The thought process is to catch people before they get in the car,” Sgt. K.C. Moore said. “Let them know what’s going on and maybe they will make a right decision.”

Stationed at one of the exits of the Open, thousands of people stopped to take a breathalyzer test. Some people stopped by to see if they were within the legal limit to drive, while others used it as a tool to find out just how drunk they were.

The popular ride app, Uber, was also at the Open, promoting its ride service.

Several people at the Open said they were enlisting a sober designated driver or taking an Uber or Lyft to get home safely after a day of drinking.

Alberto Gutier, the director for the Governor’s Office Highway Safety, attributes the DUI arrests being down from these four things: “Education of drivers, second enforcement, third communication that happens with those things and of course the fact that if you get into a crash the emergency services will have to be there,” Gutier said.

Even though DUI arrests are down in Arizona, the job of keeping drunk drivers is far from over.

“I won’t be happy until every single person on the roadway made the right decision or is unable to drive a vehicle impaired,” Moore said.