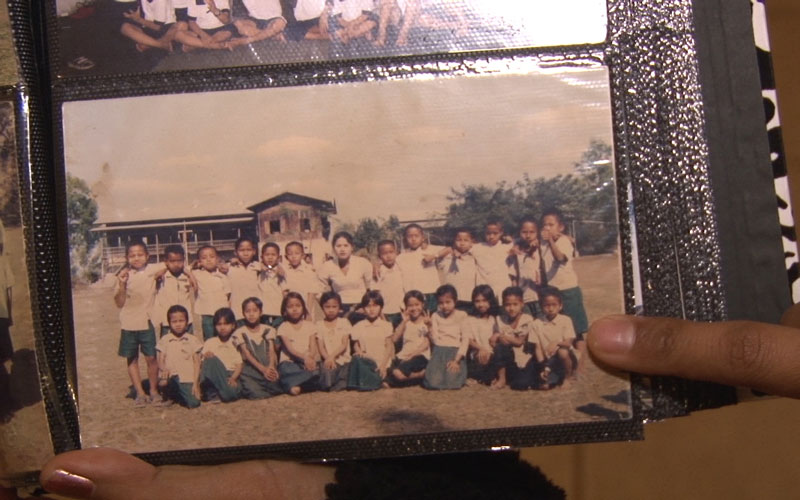 More than 4,000 Burmese refugees from the small Asian country of Myanmar have fled civil war and conflict to come to Arizona. (Photo by Josh Burton/Cronkite News) 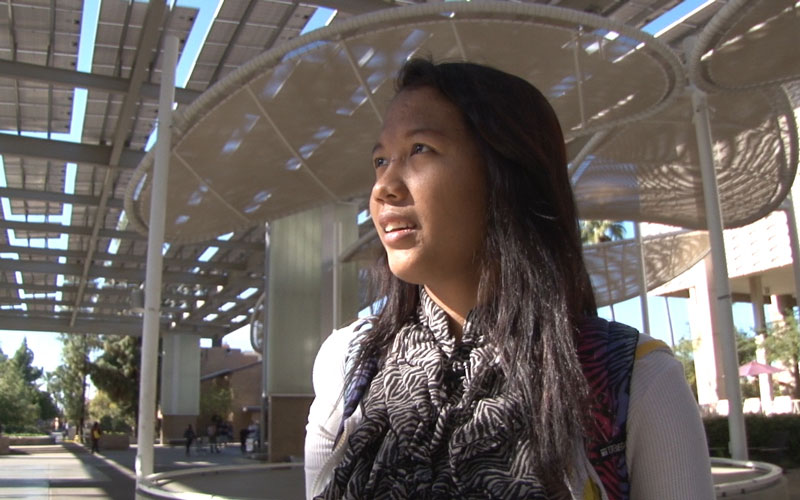 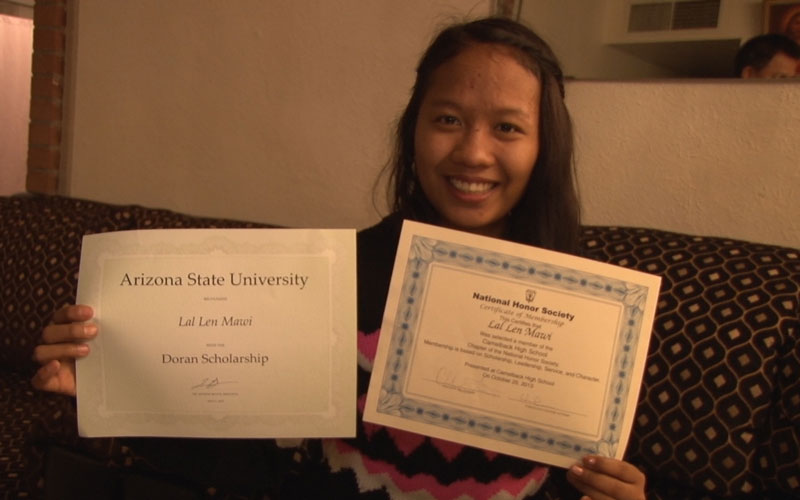 Mawi set the goal of attending college when she was just 10 years old, and now holds a number of academic awards. (Photo by Josh Burton/Cronkite News)

More than 4,000 refugees from the small Asian country of Myanmar now live in Phoenix, according to a 2016 Arizona Department of Economic Security refugee arrival database. Within a few square miles of neighborhoods near Grand Canyon University, 100 new dialects from 100 distinct peoples and cultures mingle.

The new arrivals include Kawl Za Biak and his daughter, Lal Len Mawi, and Tom Taknan, the president of the so-called Chin Community, which celebrates this month what’s known as Chin National Day. It’s their version of Independence Day, the Fourth of July, a celebration banned back in their war-torn country.

“The state bird of the Chin State is the Great Indian Hornbill,” Taknan said. “It has special meaning to us because it symbolizes our unity as brothers in this new country. We are stronger together.”

The Burmese began arriving in 2001, their growing numbers reflecting 70 years of conflict and civil war, according to a U.S. Department of State fact sheet.

Taknan says the wars have made adjusting to life in Arizona difficult. Routine tasks like taking showers, keeping a clean house, or even the concept of time don’t translate well into the habits of many rural refugees.

“But here, we’re in a new country,” Taknan says. “The U.S.A stands for You Start Again, often from the beginning.”

In Arizona, the Burmese remain largely invisible, poorly-paid workers behind the scenes; washing dishes in restaurants and grooming greens at golf clubs. Few speak English and finding Burmese in universities or blue-collar jobs is unusual.

Mawi and her father Biak are exceptions. Mawi is part of a first generation of Chin Burmese college students in Arizona, majoring in health at Arizona State University on a full academic scholarship.

“I think I had kind of an intrinsic motivation that comes from my inside,” says Mawi. “I love studying, I love trying new things. And if you fail, it doesn’t matter. You can try other things in life.”

Since the mid-century revolts, when standards of education plummeted in Myanmar and families needed every member just to buy food, Burmese elders have emphasized immediate earning power over long-term benefits of education. The average education level is third grade or lower.

For new refugees like Mawi and Biak, however, education is gradually becoming a new priority.

For Mawi, the dream to attend college came years before, as her penniless grandmother laid dying, ignored in a Burmese hospital. As a 10-year-old, Mawi promised herself she’d get an education so that another family wouldn’t lose its matriarch.

Today, Mawi has so many awards that when she carefully takes them out to display, it takes a quarter of an hour.

“Yeah, I almost spoke no English when we got here,” said Mawi, who like most polyglots speaks Burmese and numerous ethnic dialects. “Maybe if normal students here study one hour, I had to study three.”

Mawi credits her success to Biak, who’s determined to make sure his kids never have to choose between food and school. He bears the financial burden alone, leaving early morning for the hour drive to his job making sushi at a vendor inside a Gilbert Fry’s Marketplace.

“I want to give my children the opportunity to study, succeed and even get a scholarship for their work,” he says.

Back in Burma, Biak says the government used him and his family as forced labor to build bridges without pay. If they missed a day of work they were fined. In Arizona, he earns just above minimum wage, with long hours.

“I will do whatever it takes to help my children accomplish their dreams,” Biak says. “Their dreams are my dreams.”

“Maybe if your parents are rich you can get money from them,” Mawi added. “That money can be stolen by a thief. If you have education, no one can steal your education. You can go anywhere and be the person you want to be.”