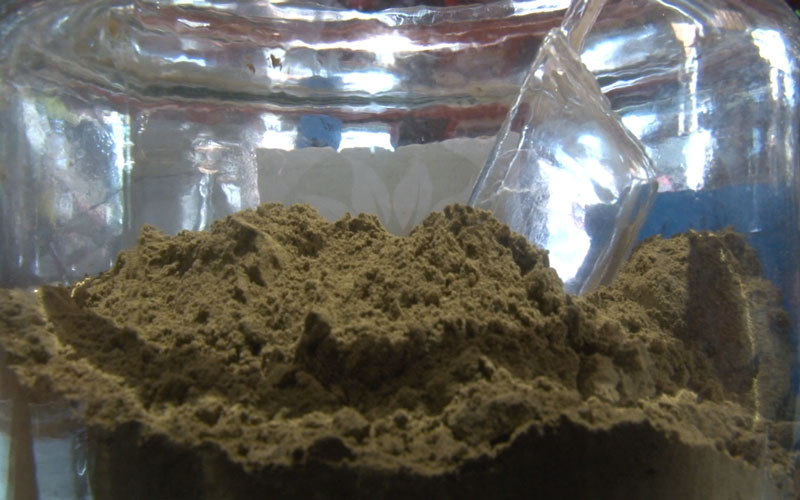 The controversial herbal supplement kratom is used across the country as an alternative to treatment drugs like methadone. (Photo by Ty Scholes/Cronkite News) 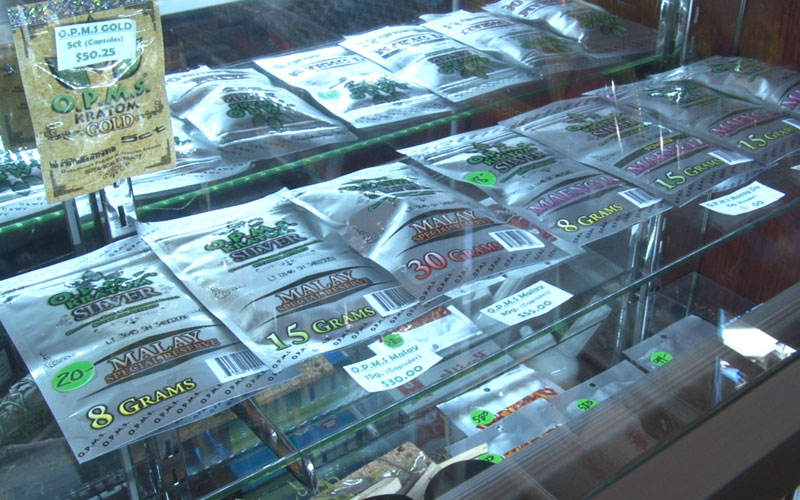 “It just helped me get over that withdrawal hump … which most people stay on heroin because the withdrawal is so hardcore and that’s why they just keep doing heroin,” he said.

Gullon, a Phoenix bartender, said the kratom worked for him when methadone did not.

“I had the methadone experience, it got me super nauseous, I probably went through a twelve pack of Gatorade and was on the couch for three days, he said.

“If you’re not a junkie, Kratom might, you know, give you some kind of euphoria,” Gullon said. “But again it’s not gonna get you high, it’s not going to obliterate you by any means, it’s just a really calming herb, it’s like lavender or sandalwood.”

Though legal in Arizona and almost every state, kratom is not without its critics.
Four states – Vermont, Wisconsin, Indiana and Tennessee – have banned its sale and the U.S. Drug Enforcement Administration calls kratom “a drug of concern.”
A botanical substance that grows naturally in Thailand, Malaysia, Indonesia and Papua New Guinea, kratom can be taken in a pill form, dissolved and ingested as a tea or its leaves can be chewed.

Greg Centrone, co-owner of Bud’s Glass Joint in the downtown Phoenix arts district sells several forms of kratom in his store. Capsules are the most popular product, but some users prefer the tea.

“It’s a great natural alternative to prescribed medications for many different things, whether it be opiate withdrawal, physical pain, and anxiety,” he said. “When you can find a natural substitute for something like that, even if it’s just a way to get off of everything, that’s exactly what I think people should do.”

But according to the DEA’s 2015 “Drugs of Abuse” report, “At low doses, kratom produces stimulant effects with users reporting increased alertness, physical energy, and talkativeness … consumption can lead to addiction.”

The FDA classifieds kratom as a dietary ingredient, which it says can lead to a number of health problems.

According to an FDA statement earlier this month, the U.S. Department of Justice has filed a complaint in the U.S. District Court for the Northern District of Illinois alleging, among other things, “that kratom is a new dietary ingredient for which there is inadequate information to provide reasonable assurance that it does not present a significant or unreasonable risk of illness or injury.”

The FDA has the authority to detain a food or dietary supplement products if the agency has reason to believe the product is adulterated or misbranded. In January, agents in seized 90,000 bottles of dietary supplements worth $400,000 manufactured in Illinois and labeled as containing kratom, according to an FDA press release.

“It is a drug of potential abuse, and so it’s already labeled that, so that immediately puts the red flags up for everybody,” said Lloyd Vacovsky, executive director of Assisted Recovery, a Phoenix drug addiction treatment center. “We’re not dealing with a benign tea, like chamomile. We’re dealing with something that has potential – but at the same time, we really need to understand far more about it than we do now.“

Still, many addicts say kratom is better than the alternative. Gullon credits it with helping him through heroin’s withdrawals effects.

“I felt like I was going to be put into a mental institution or some homeless shelter, shaking, sweating, everything that you could possibly fathom,”Gullon said.

But, he said, he took two kratom capsules and “the shaking stopped, my anxiety went away, my nausea went away, things just felt more balanced.”
“It saved my life, it totally saved my life.”

Advocates for its use say the herb is safe and helps with anxiety and chronic pain, adding that it doesn’t “zombify” users like other drugs.

“When you can find a natural substitute for something like that, even if it’s just a way to get off of everything, that’s exactly what I think people should do,” said Centrone of Bud’s Glass Joint.

“But like anything in life, I think you really need to regulate what you put in your body, what kind of substances you’re doing,” he added.

Even so, Centrone said, “propaganda” about kratom could lead to unnecessary regulations.

“And that’s my fear, that that’s going to happen. Then they’re going to put regulations on it and ban it, so that they can keep promoting that prescribed medication,” he said. 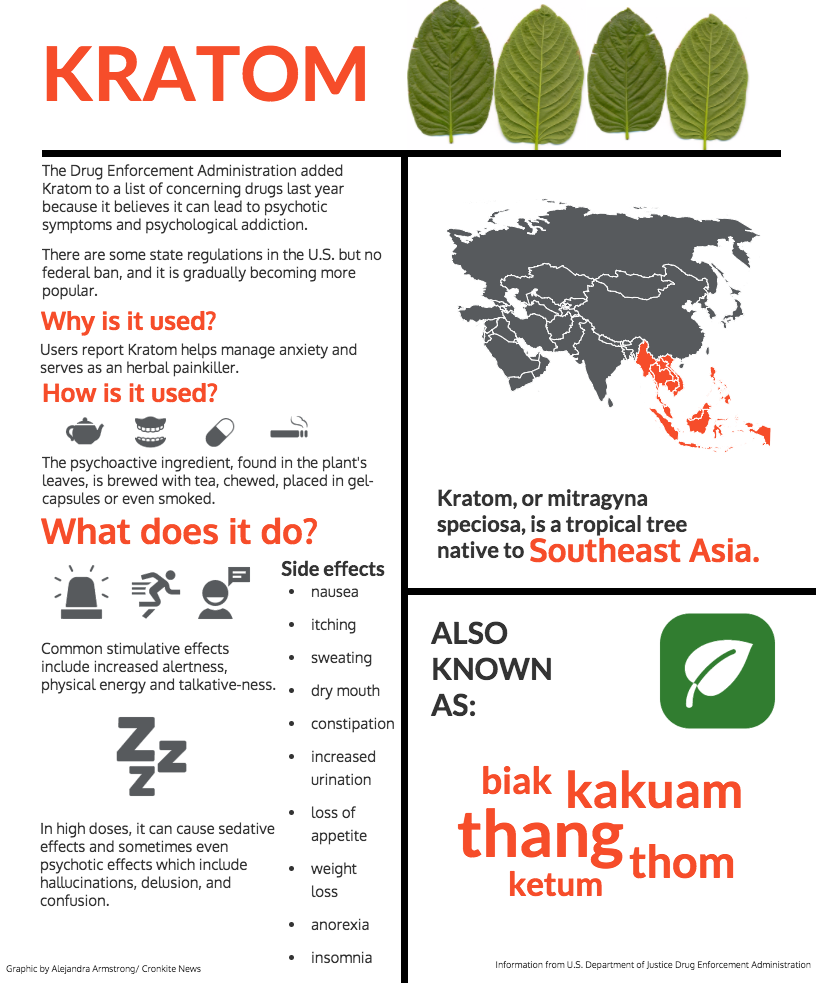