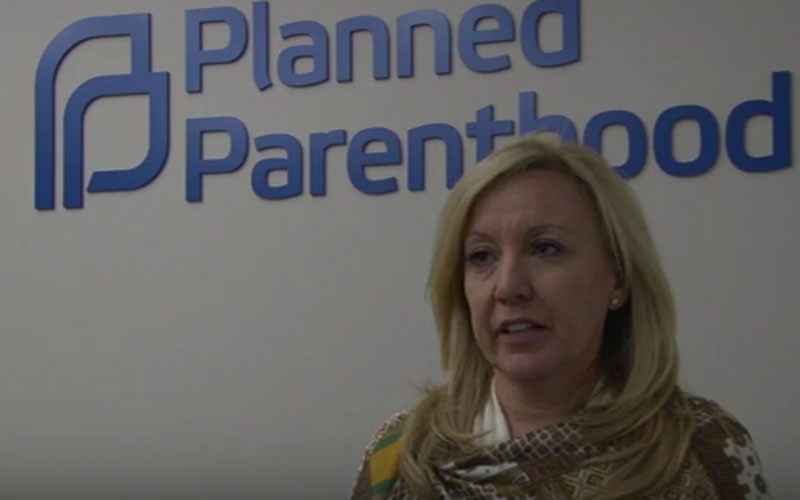 Planned Parenthood Vice President of Public Affairs Jodi Liggett says even if abortions aren’t required by law, the organization would still encourage minors to consult with their parents. (Photo by Lauren-Ashley Allen/Cronkite News)

Arizona Representative Ceci Velasquez (R-29) was 16 years old when she became pregnant with her son. When she found out, it was hard for her to share it with her parents.

“I was this young person. I was 16 and pregnant and didn’t know really where to turn or who to talk to,” Velasquez said. “My mom was like either something was very wrong with you and you need to go to the hospital. You have a tumor or you’re pregnant.”

In this legislative session, two specific Arizona House bills were introduced – HB2273 and HB2274. These bills will allow minors to receive an abortion with an exception.

HB2273 allows minors to receive specific information and counseling from their physician or the physician refers the minor to a counselor.

HB2274, similar to HB2274, allows minors to receive an abortion if the attending physician determines that the minor is physically and mentally competent to give consent on their behalf.

“I went four to five months without prenatal care and that’s scary. I was young and dumb,” Velasquez said. “I didn’t know what I was doing so just being able to have a physician or a counselor to talk to like you need to get on your prenatal care, you need to do this or you need to talk to your parents would have helped a lot.”

Planned parenthood is an organization that provides information to young women about health services. Abortion is one of the toughest issues they deal with in health care.

Though they support the individual rights to make their own decisions, they encourage minors to consult with their parents about abortion.

Planned Parenthood supports individuals rights to make their own decisions but Vice President of Public Affairs Jodi Liggett said even if it wasn’t required by law, they would still encourage minors to consult with their parents.

Liggett said, “It’s a very serious thing for a minor to be seeking abortion.”

Dr. Allan Sawyer, an obstetrician and gynecologist, doesn’t believe that minors should make that kind of medical decision alone.

“They don’t understand the long-term implications of their medical problems. They might not even disclose that to an abortion provider,” Dr. Sawyer said. “They tend to think that anything bad isn’t going to happen to me. They can happen.”

The bill has not been assigned to a committee since being introduced on January 14th.