Another report, another F for Arizona schools; but U.S. only got a D 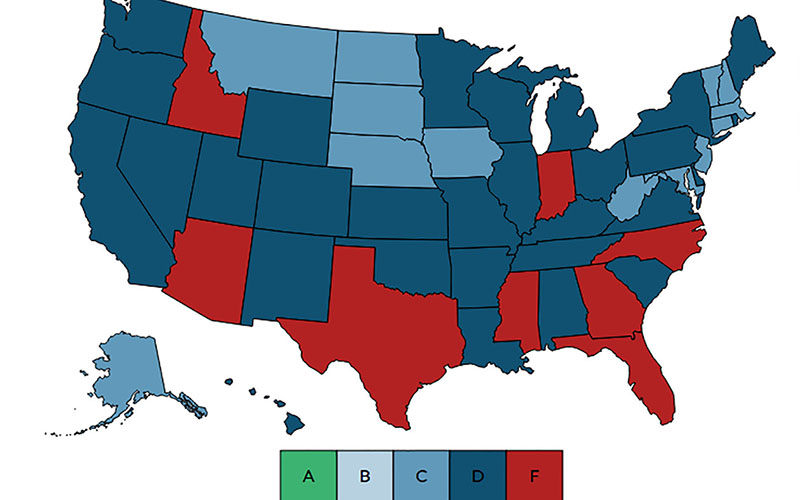 Arizona got an F on a new report card ranking states’ support of public education – but no state got better than a C and the national average was just a D. (Map courtesy the Network for Public Education) 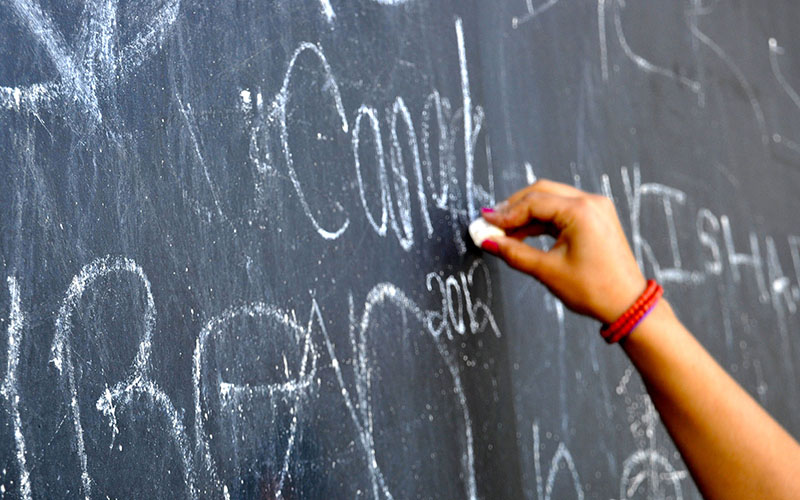 The new national report card gave states credit in typical areas like school funding and teacher support, but nicked them for not fighting privatization, for example. (Photo by Shelby Steward/flickr via Creative Commons)

WASHINGTON – Arizona got an F for its support of public education on a new report card from a national education advocacy group, but the nation as a whole didn’t do much better, with no state getting better than a C.

“The grades were not very high, but then support for public education was not very high,” said Diane Ravitch, president of the Network for Public Education, which released the report Tuesday.

It was the first time the organization has produced the report card, which looked at traditional measures like funding and class size – but ignored others like standardized test performance, while giving credit to states that “resisted privatization,” among other measures.

The Network for Public Education measured states’ support of schools by assigning grades in six areas and combining those into an overall grade. Arizona was one of eight states with an overall F, but the national average was only a D. Arizona’s grades were:

Arizona education advocates said Wednesday that they didn’t agree with all the report’s metrics, including losing points for supporting charter schools, but they did agree that it highlights challenges in state schools, challenges that they said the state is already working on.

“They are pointing out some issues that are valid that we are working on,” said Charles Tack, a spokesman for the Arizona Department of Education. “We use them (national reports) as a call to action. We want Arizona to be at the top of these lists.”

States were graded in six areas to get an overall grade. Arizona was one of eight states to receive an F, while the nation averaged a D.

Arizona’s best grade was a C for the “no high-stakes testing” – better scores were awarded to states that do not tie teacher performance, student graduation and other outcomes to standardized tests – but it got three F’s, for school finance, professionalization of teaching and “resistance to privatization.”

“I do think that some of their metrics were very heavy-handed to support their point of view,” said Rebecca Gau, executive director of the education advocacy group Stand For Children Arizona. “But it’s their point of view so they’re entitled to be able to say, ‘Look, we think any high-stakes assessment is a bad idea.'”

Although they disagree with some of the Network for Public Education’s stances, both Gau and Tack said the report touched on areas where the state knows it needs to improve, such as school spending and treatment of teachers.

“I don’t think there is anything in it that I said, ‘Oh, we should really look at this more,'” Gau said. “But it’s always good to have a framework in the dialogue to be able to come from, even if I disagree with it.”

Notably absent from the report is student performance on standardized testing. The report’s authors said that schools should be assessed based on the opportunities and resources they provide students rather than how those students perform on tests.

Instead of using test scores for accountability, Ravitch said states should use soft metrics, such as teacher longevity and class sizes. Arizona and Oklahoma were specifically mentioned for struggling to retain their teachers.

Tack said there is still a place for using student test scores as a diagnostic tool, but said Arizona Superintendent of Public Instruction Diane Douglas has called for testing to “go back to really a diagnostic approach instead of high stakes.”

Carol Burris, executive director of the Network for Public Education, said the group wants to shift the focus from student achievement to school opportunities, such as whether a school offers language classes or has enough nurses.

“What we’re hoping that what we’ll do is provide a very different window of what states are doing,” Burris said.