Teen who posed in racial photo apologizes at rally 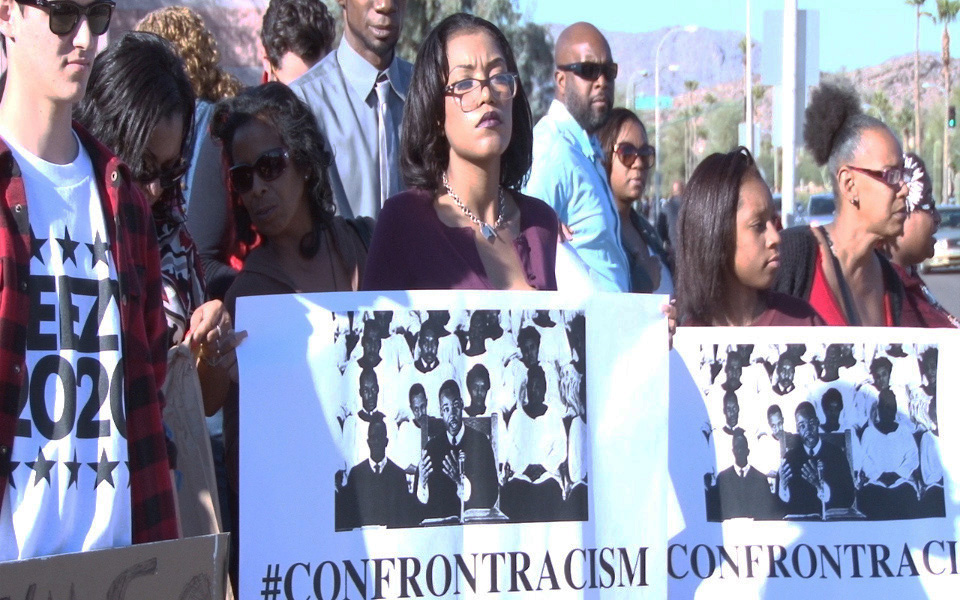 Community members gathered to express their opinions over the photo, taken during a senior class panoramic picture. Six girls spelled a racial slur with their shirts.

One of the six girls who was a part of the photo showed up to the rally to apologize.

“I know people have been offended by what I did and I have come here to say that I am incredibly incredibly sorry. I have love for everyone in my heart and I am not a racist,” Rachel Steigerwald said. “I am asking everyone for forgiveness to me.”

According to an email from the Tempe Union High School District’s community relations director, the girls have been suspended from school until further review. The director also said that the investigation is on going, students are being interview and reports are being compiled.

While some people are asking for a suspension, others say that isn’t enough.

“Expulsion is what I want to see from this district” said Bri Handy, who is the organizer of a petition asking for the expulsion of the six girls and the resignation from the principal. “They do not belong in an area where hate has apparently grown.”

Civil Rights Activist John Goodie did not think expulsion was the answer.

“I believe that there should be a harsh penalty to pay,” Goodie said. “I am not one to agree with expulsion. I think this is a teachable moment.”

The district said they do not know when a decision will be made in regards to a punishment, but they will not be sharing the decision because they don’t discuss those specific details with the public.