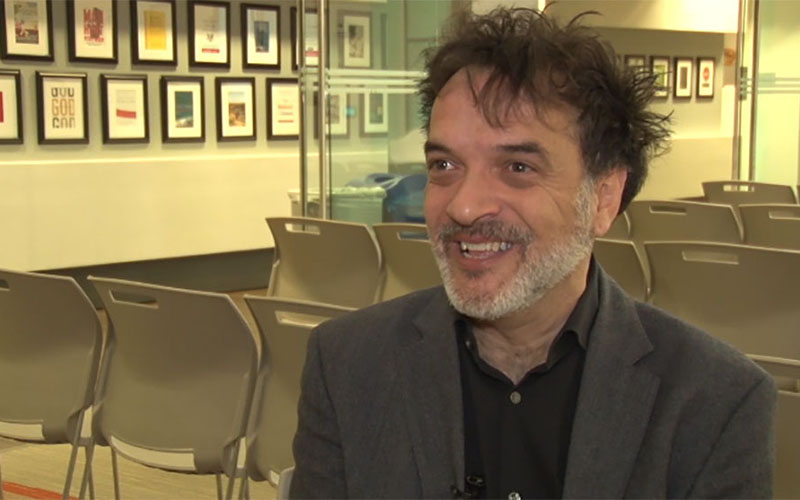 A robot displayed at the New America panel discussion on robots demonstrated its ability to walk, dance and kick a ball. (Photo by Wafa Shahid/Cronkite News) 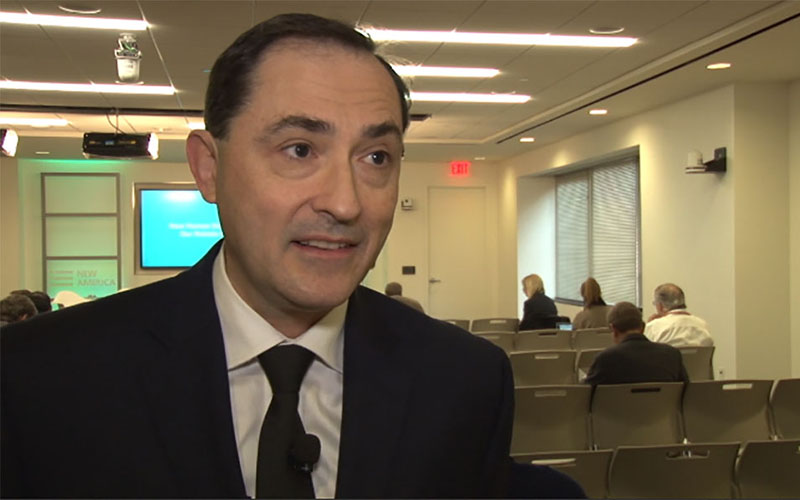 Television writer and producer Patric Verrone said he thinks that humans should be wary given the rapid advances that robots are making. (Photo by Wafa Shahid/Cronkite News)

WASHINGTON – Arizona State University Professor Lance Gharavi says his work with robots in the School of Earth and Space Exploration is aimed at moving toward “robot autonomy.”

Which may sound disconcerting until the drama professor explains that his work is meant to help humanize and expand robots’ mental capacities.

Rules of the robot

2. A robot must obey the orders given to it by human beings except where such orders would conflict with the First Law.

3. A robot must protect its own existence as long as such protection does not conflict with the First or Second Law.

The panel – which also included a writer, a lawyer and a blogger – didn’t come up with an easy answer but did ask some hard questions, expressing both enthusiasm and caution during the session.

“I’m here both to caution humans to genuinely be concerned,” said Patric Verrone, a television writer and producer of the set-in-the-future cartoon series, “Futurama.”

Verrone said his focus has been on “defending humanity” against the slow influence of robots encroaching on our daily lives. But he also said that as long as we can enforce Isaac Asimov’s Three Laws of Robotics – which generally prohibit robots from harming humans – “we should be fine.”

Verrone and others on the panel said the image of robots in popular culture, from killer bots to docile servants, can be hard to overcome.

“They have a plan, I mean that’s the fixation that we’ve been given by the years of Terminator movies and Matrix movies and the like,” Verrone said. “That’s more fictional than real, but it’s now bred into our bones, so to speak. We just have to be attentive to it.”

Gharavi’s outlook is not so bleak.

“Robots are really, really cool,” he said. “I grew up around all kinds of fictional robots – C3PO and R2D2, etc. – so it’s exciting in that sense, it really appeals to the little kid in me.”

Gharavi said he teaches robots how to move like humans, a step toward “robot autonomy” because the robots are able to interpret human action and act accordingly.

“The stage we’re at now is a somewhat more of an advanced stage. To try and create a grammar of human movements, a database … which will be a way for the robot to understand how we humans move,” Gharavi explained.

And for those concerned about the rapid advance of robots, Gharavi has some words of comfort: Humans, he said, can still do the robot dance better than a robot can.