Over the past few years, buildings throughout the warehouse district in downtown Phoenix have begun to see another life through the processes of rehabilitation and renovation. (Photo by Cammeron Neely/Cronkite News) 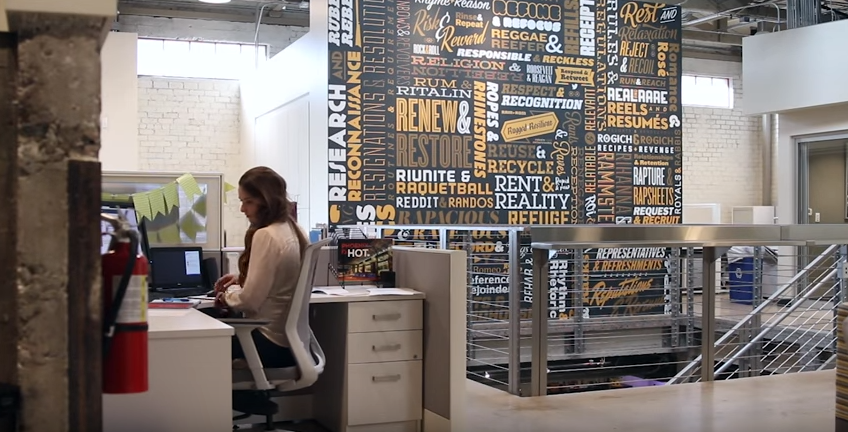 Matt Silverman, Vice President of R&R Partners, said that a lot of work was put into revitalizing, refurbishing and making their new location in the Warehouse District their own. (Photo by Cammeron Neely/Cronkite News) 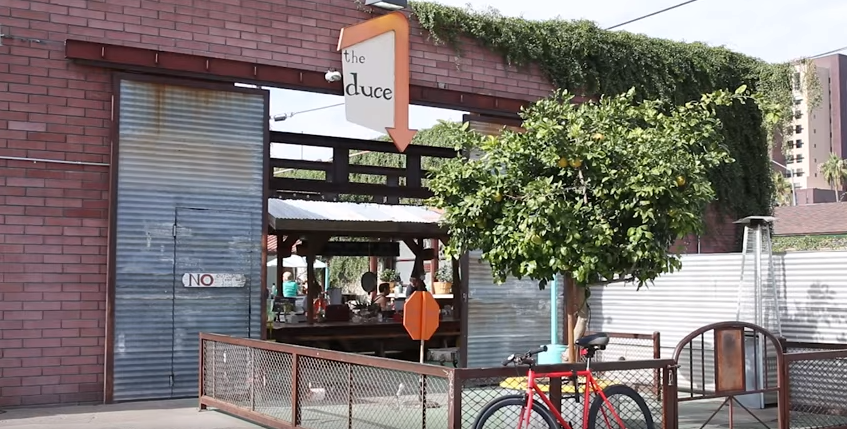 According to Steve Rosenstein, the owner of The Duce, the warehouses in downtown Phoenix may be considered a thing of the past, but they’re also a huge part of the city’s future. (Photo by Cammeron Neely/Cronkite News)

Editor’s note: This is part of an ongoing series called FYI, which examines Arizona stories and issues using data and multimedia.

Just south of the railroad tracks in Downtown Phoenix, warehouses that once played an integral role in the city’s historical development are now home to thriving businesses across the area.

Over the past few years, buildings throughout the warehouse district in downtown Phoenix have begun to see another life through the processes of rehabilitation and renovation, providing opportunities for businesses to create an atmosphere that preserves history but also allows them to grow.

According to Matt Silverman, vice president and managing director at R&R Partners on East Buchanan Street, choosing to move into the warehouse district one year ago meant bringing back to life a history that was lost.

“We were able to take this fabulous building and invest in revitalizing it,” Silverman said. “And we really believe in the city of Phoenix and saw the Warehouse District area as a really up and coming place.”

Silverman said that, as a creative agency, R&R Partners was drawn to their new location because of its authenticity. According to him, a lot of work was put into revitalizing, refurbishing and making the building their own.

After an 18-month process, Silverman said that R&R saved the history of the building as well as allow its employees to continue pursuing creative thinking.

“People that are creative and creative talent like to work in environments that inspire them and give them the freedom to think and the freedom to collaborate,” he said. “And that’s really what we saw in this building.”

Michelle Dodds, a City of Phoenix historic preservation officer, said that it has been exciting to witness the new interest and appreciation in the Warehouse District, and believes that the buildings offer an important piece of history for the city.

“The warehouse area down by the railroad are a very important part of the history of Phoenix,” Dodds said. “Buildings convey that history, so if you tear all these buildings down, that kind of takes away the physical, tangible thing you can reach out and touch that tells that story.”

She said that it takes people of vision to really see beyond what most see at a casual glance when looking at buildings in the Warehouse District, and that the warehouses are getting a lot of new use from businesses that want to be in a place that has a unique story.

Although the Warehouse District is now home to various architectural and advertising firms, one building is making use of the historic area in a different way.

The building, located on Central Avenue and Lincoln Street, is home to a local restaurant owned by Steve and Andi Rosenstein called The Duce.

After making the move from Chicago to Scottsdale and selling one of their previous businesses, Rosenstein said he and his wife started to miss the city, so they looked at possible locations in downtown Phoenix.

“For us, the building gave us most of our ideas,” Rosenstein said. “It’s almost like it was talking to us because we had a building very similar to this in Chicago previous to this in a neighborhood that was gentrifying and maybe turn around, which ultimately it did.”

Rosenstein said that, during the revitalization of their building, he was able to understand the importance of the history that each building can provide.

“We knocked down walls that didn’t belong here, cleaned up the floors, did some painting and, as we were doing that together, it was almost like you wanted to listen to what the building was and what it thought it could be again,” he said. “And that really is what inspired all of this.”

According to Rosenstein, the warehouses may be considered a thing of the past, but they’re also a huge part of the city’s future. He said the younger generation is so attracted to this area because it is looking for space and authenticity.

“So these warehouses are a tribute to that and that’s why you’re seeing everything south of the tracks and the Warehouse District becoming occupied by big tech companies that have a lot of young people working on them,” Rosenstein said.

Although it took a little time for The Duce to get more recognition after its relocation, Rosenstein said that those who choose to visit understand that what they and other businesses are doing can greatly benefit the city.

“The really, really smart people that walked in and saw it were like ‘Wow this is great for Phoenix, don’t give up,'” he said.