Mexico’s “three for one” matching funding program helps a group of immigrants in Phoenix build vacation villas to help create tourism jobs back in their hometown. (Courtesy photo) 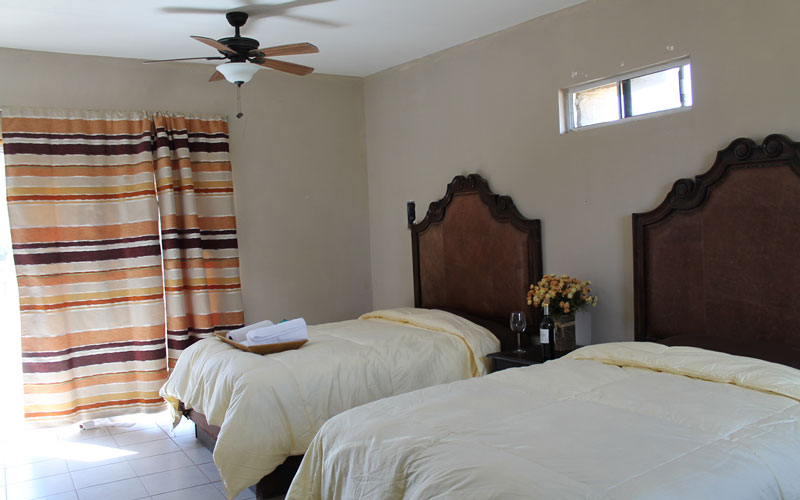 “For immigrants like me to be able to send U.S. dollars into Mexico to help our families grow businesses is great,” said Gil, 36, a meat distributor in Phoenix.

“Quickly the money we get multiplies,” said Rodrigo Navarro Garcia, Consul for Community Affairs at the Mexican Consulate in Phoenix. “You know someone gives $1,000 and we turn it into $4,000. They are productive investments and they make a big difference.”

Mexico created the program to harness the economic power of clubs or federations of immigrants committed to helping their hometowns.

SEDESOL, the federal agency in Mexico that runs the program, along with state and municipal governments match every peso sent home by migrants hence the name “three for one.”

“This money has contributed to building hospitals, schools, better roads and even some scholarship funds,” said Navarro Garcia.

“The groups participating in “Three for One” decide where they want their money to go,” Navarro Garcia said. “Some people want to make better roadways. Some want to bring in ambulances.”

“But in more rural areas, some people are just trying to get better electricity, water and pipes into that community,” he said. “The Mexican Consulate in Phoenix has 40 groups participating in the program.

“Instead of just wiring money, we decided to create a getaway village on my family’s property in Baja.” said Gil.

He partnered with a group of immigrants who put remittance money into an account to build Villas San Lorenzo to attract tourists who visit Baja California’s wine country.

“A lot of people in the area where we are building are unemployed, so by doing this we are creating a long-term business, but also creating jobs,” Gil said. “We’ve hired 16 people just to clean the village area up.”

Total remittances through October totaled $20.69 billion this year, an increase of nearly 5.4 percent over 2014, according to data from the Bank of Mexico. Mexico’s Central bank’s figures show immigrants living abroad, most in the U.S., sent $19.63 billion home during the same period in 2014.

The peso-dollar exchange rate has helped boost the value of remittances this year. And during the holidays the amount of money immigrants send home to Mexico typically surges.

“I think not only me but other groups of people can send their money for good and they can put their money to work,” Gil said. “They can create everything from little taco shops to a big industry company. It’s a good start for people who want to create more employment.”
Gil’s project is entering the third phase next year, he said. Remittances will help pay for furniture and landscaping to make the tourist villas seem “more like a home.”

During the past three years, “Three for One” migrant remittances averaged $36 million a year, with the government contributing an additional $100 million a year in matching funds.

“This money goes to the people hidden in part of the darkness in Mexico,” Navarro Garcia said. “A lot of the remittance projects we have are in Oaxaca, Guanajuato and Sonora where there are very very poor areas.”