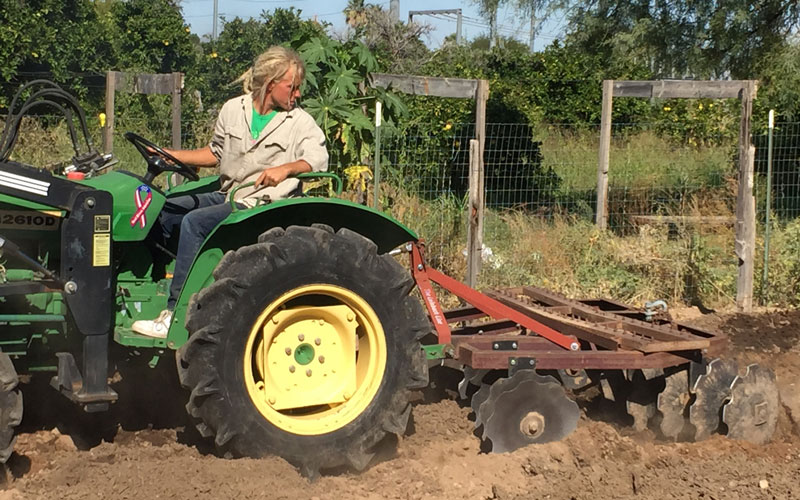 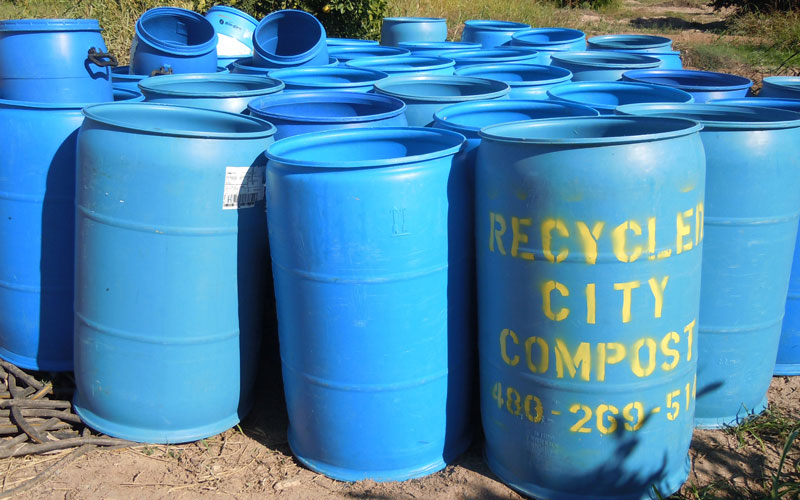 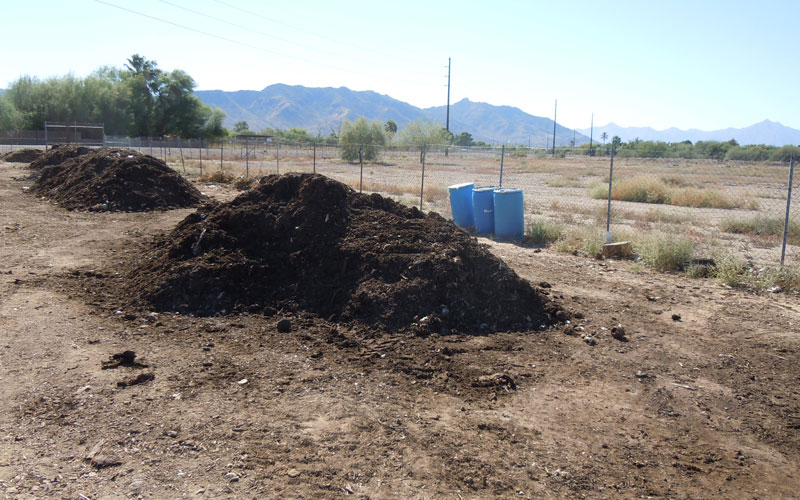 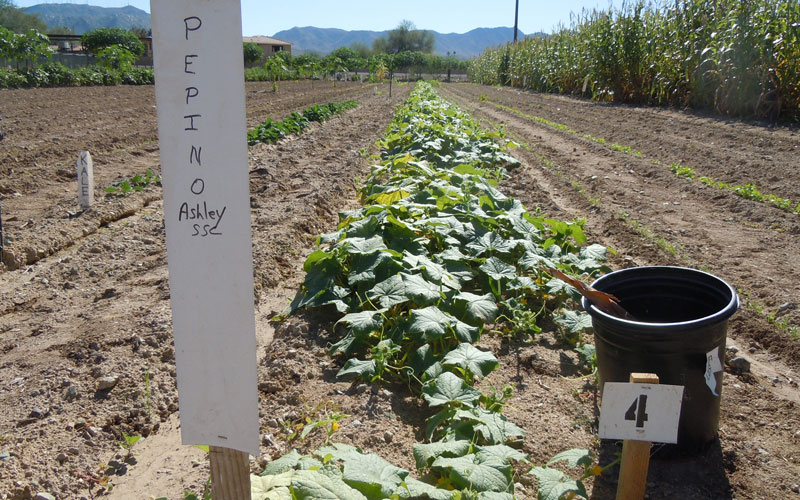 Recycled City charges individuals and businesses to collect their food waste, turns that waste into compost, uses it to fertilize locally grown vegetables and sells the harvested vegetables back to individuals.

“It’s a full circle connecting people to their waste, that goes to a farm, that builds farmland that grows more produce and comes right back to you,” said J.D. Hill, co-founder of Recycled City, which has been in business since January 2014 and employs three independent contractors.

Hill said the company currently breaks even, earning between $7,000 and $8,000 in revenue per month.

Thanks to a deal the company has negotiated with the city of Phoenix, that could soon change. On Dec. 2, the Phoenix City Council approved a contract to utilize Recycled City’s food waste services, too.

The city’s initial contract will last three years and net Recycled City $12,000 per year to divert food waste from the Phoenix City Hall, the Calvin C. Goode Building and Phoenix Fire Station No. 1, Hill said. The city could add additional buildings for service, which could net Recycled City up to $50,000 per year.

A city compost study showed yard waste and food waste made up 45 percent of Phoenix’s solid waste stream. The study also said the city has a goal to divert 40 percent of its trash from landfills by 2020, and Recycled City’s service will contribute to that goal.

Composting – the controlled decomposition of organic waste, like food scraps and certain paper products, into a fertilizer product – is the crux of the company’s sustainable services cycle.

“The idea of wasting is very negative, but in terms of a program such as Recycled City, you’re taking the negativity out of food production. It’s all positive,” said Auriane Koster, a senior scientist at Arizona State University’s Julie Ann Wrigley Global Institute of Sustainability and an energy coach at Pierce Energy Planning.

For John Harlow, a postdoctoral scholar at the Arizona State University Center for Policy Informatics and a Recycled City customer, the importance of composting lies in the utility organic waste can provide when it’s diverted from landfills.

“If you just separate it, it remains a resource and continues to produce dirt in areas where the dirt can be used to grow food,” Harlow said. “And because it’s good dirt, it seems like a waste to basically throw away good dirt with plastic.”

About six months ago, Harlow decided to use Recycled City as a composting service. For $10-$25 a month – depending on the frequency of waste pickup – Recycled City picks up the food waste from residents. Recycled City exchanges the bucket of waste with a sanitized bucket, paper liner, airtight lid and a bag of odor-preventing bokashi.

Harlow, who has been composting for about three to four years, said Recycled City’s service is “really convenient.”

He’s also one of Recycled City’s first customers to receive the company’s Community Supported Agriculture, or CSA box, which contains produce grown with the compost obtained from local food waste.

Recycled City started offering the box in October. A 10-week subscription for a weekly box of vegetables costs $300.

The produce – a combination of fruits, vegetables and herbs, depending on what’s in season – are grown in a 7-acre farm in south Phoenix Recycled City uses as part of a partnership with Orchard Community Learning Center, a nonprofit organization that offers experiential education across several fields and promotes healthy lifestyles.

Hill said each box contains between eight and 10 products. It’s been a grab bag of produce so far, but for Harlow, that’s part of the enjoyment.

“Because we don’t know what we’re getting week to week, the surprise element makes it feel like you’re getting a gift,” he said.

Restaurants and other businesses can’t currently get Recycled City’s produce. However, Hill has plans to roll out this capability in the future.

The two tentatively plan to start using Recycled City’s produce in their dishes in March.

Fox said the restaurant wants to promote transparency with its customers, letting them know where their food comes from and where it goes. When he told his Tempe location employees about his plans for getting the produce grown with their compost, they were ecstatic.

“Literally, the whole store broke out in cheers. I’ve never seen anything like it,” he said. “It was utterly impressive.”

Recycled City charges restaurant and business customers a different rate than residential customers. The company gives restaurants and other businesses 60 gallon totes and charges between $7 to $15 per tote picked up, with more totes yielding a cheaper cost.

Fox said that being a Recycled City customer has made the ChopShop more aware of opportunities for conserving resources. Before composting with Recycled City, the ChopShop only utilized the heads of the broccoli and threw out the stems.

“The majority of the nutrients are located in the stems of broccoli, as opposed to the heads of broccoli,” Fox said. “So now we’re sitting there going, ‘All right, we’ve got all this food waste that we’re throwing in compost bins, but can we be using this for something else?’ And we realized we could. We started juicing it.”

ChopShop isn’t the only restaurant interested in Recycled City’s compost-grown produce. Hill said Coconut Hut and Cutting Board Bakery & Cafe have reached out.

“We have a lot of restaurants talking to us about it and some of the more well-known chefs in the area have contacted us recently,” Hill said.

More than 150 communities in the U.S. offer some form of curbside compost collection, according to EarthShare, a national nonprofit group.

Some cities like Seattle and San Francisco prohibit food in trash bins and require residents to separate it from recycling bins.

Phoenix has no such laws: The city offers voluntary composting and diversion programs.

“We’re just trying to be a user-friendly city,” said Chuck Hamstra, deputy public works director of the Phoenix Public Works Department. “While mandates may drive diversion of materials away from the landfill, they also can create other inconveniences for residences that some residents don’t appreciate. So the city has chosen to go the voluntary route and to make programs available to people who are interested in using them.”

The city launched a pilot composting facility in January to process food scraps and compostables from public events like the Super Bowl and from a local grocer, Phoenix officials said. It processes about 50 tons of food scraps per month, which workers use in an ongoing compost study and in several Phoenix parks. The city has plans to launch a fuller composting facility by the end of 2016.

But as it stands, the city’s green organics curbside collection program is intended only for yard trimmings, which get mulched. Hamstra also said the city does not have a commercial compost collection program.

For Hill, this presents an opportunity for Recycled City to complement the city and promote sustainable waste practices.

Phoenix will start promoting his food waste collection service to residents as part of the contract, which will help grow his residential business.

“Food waste is a huge issue. It’s a huge percentage of trash going to the landfill,” Hill said. “So the city sees it’s very obvious they can make a big dent if they support programs like mine.”