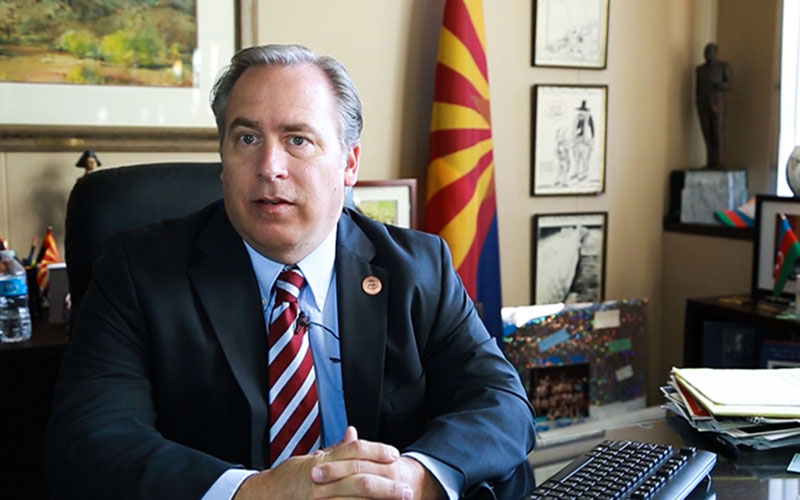 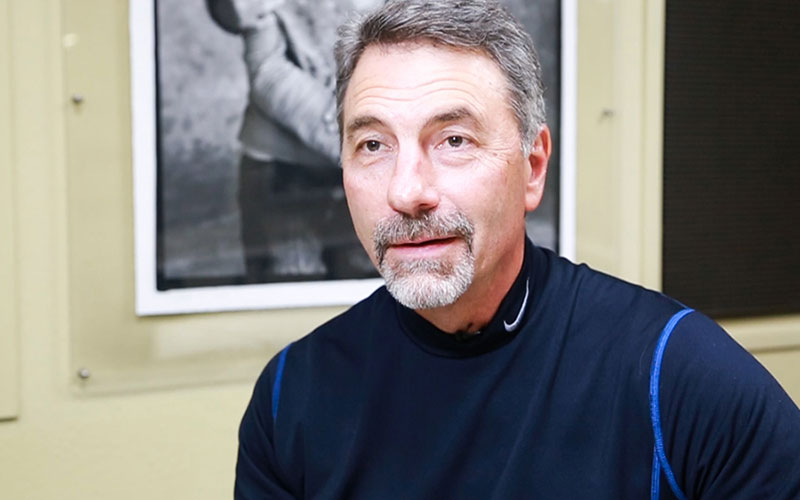 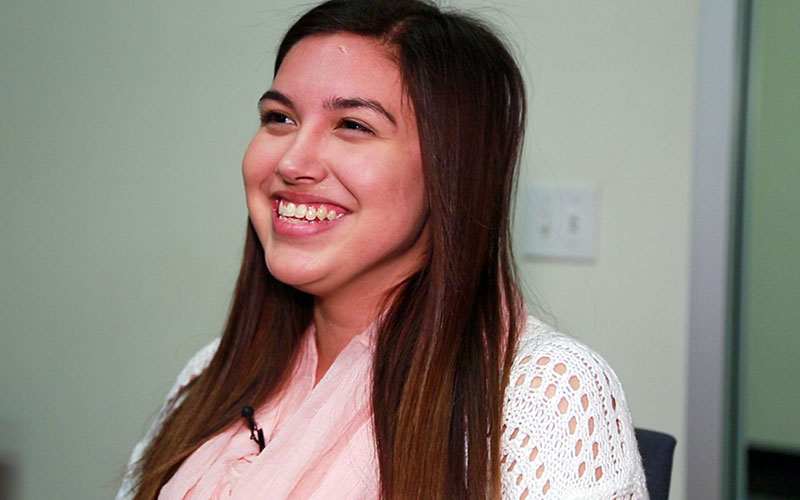 A series of “unfortunate circumstances” early in Breanna Carpenter’s sophomore year of high school placed her in the Arizona foster care system. That didn’t stop her from realizing her dream of attending college, thanks to a state program that pays tuition for foster youth.

“They are missing the opportunity to help amazing students,” the 18-year-old said when asked what message she would give if the program didn’t exist. Now a freshman at Arizona State University’s School of Social Work, Carpenter said by providing tuition assistance for foster youth “you are investing in your state and you are investing in your future society. Because those kids, while they may have been foster youth, are not any different than any other student, they just have lacked some of the support. They are just as smart and they are just as capable and they are just as motivated to do what any other ‘normal’ student may have.”

Arizona is two years into a five-year pilot program formed by SB 1208, which passed in 2013 and gives foster youth a tuition waiver to attend college. Sen. Adam Driggs R-Phoenix, authored the bill and former Gov. Jan Brewer signed it into a law June 20, 2013.

Foster youth are eligible for a $2,500 federal grant each semester. Arizona’s program covers the remaining tuition after any other grants and scholarships are applied to the cost.

“There were some concerns that came forward,” Driggs said. “One of the reasons we decided to do it initially as a pilot program was because when you come up with a concept like this you want to make sure it works.”

Driggs said the state will study the impact on the budget and the effectiveness for the students. Driggs said the legislature had input from foster youth who were in high school, college and post-graduation.

When the bill was passed, only 20 percent of foster youth were enrolling in college and only 3 percent were graduating with a bachelor’s.

The goal was to “change lives, to help change lives and to give hope to these kids who are aging out of the foster program, to give them a safety net, to allow them to plan for their future, to make something of their lives, and for the state to not to abandon them when they need the help the most,” said Driggs.

Approximately 700 Arizona teens age out of foster care each year, according to Arizona juvenile court records and the Arizona Department of Child Safety (DCS). Of those, one in four will be incarcerated within two years, one in five will become homeless within one year, half will become unemployed by age 24 and 71 percent of women will become pregnant before age 21.

“First of all, the tuition program is a great asset,” said Russ Funk, director of community engagement for Aid to Adoption of Special Kids in Arizona. “It’s a good tool for the kids in the foster care system. The challenge with a good tool is teaching someone how to use it.”

Funk said they promote the awareness of the program through foster parents and foster placement agencies. AASK supports about 1,200 foster and adoptive parents through its programs.

“We believe that the relationship is as important or more important than the tool,” said Funk. “Having that free tuition is very important and a great asset, but if somebody doesn’t tell them how to do it, or even encourage them to even think using it, it just goes unused.”

One shortcoming of the program, Funk said, is that the students need housing when the dormitories close. Many of these youth have no place to go and often end up living in their cars until school resumes. He said this could be done by creating communities and programs for these youth so they don’t feel embarrassed to talk to their resident advisers.

Justine Cheung, coordinator for ASU’s Bridging Success, said the school created a program that will support students from high school to graduation and beyond.

“It is just being out there and meeting with them and delivering the message and being very positive,” Cheung said. “Because the message isn’t always necessarily positive, that ‘yes, you can go to college’ that it’s a real aspiration you can achieve.” Cheung said that because it is “so new and organic” they are trying to find the best ways to support current students enrolled at ASU and to reach potential students in the communities.

“We’ve only been able to track this for a very short time and it’s difficult to give exact percentages,” said Cheung, “but we have definitely seen a rise in people who are identifying as former foster youth on their (financial aid documents).”

She estimates a 40 percent increase in enrollment of foster youth. Cheung suggested that state legislators should expand the age range because many foster youth are unable to attend college in the traditional sense after high school and on average it takes them longer. Many take breaks and finish degrees closer to their 30’s and even beyond.

In an attempt to reach more foster youth, ASU has partnered with Maricopa County Community College District. Together they go into schools to talk to students and guidance counselors and group home agencies.

The University of Arizona and Northern Arizona University have created similar programs.

Rebekah Salcedo, University of Arizona director of scholarships and financial aid, said the school has seen an increase of students requesting the tuition waiver for foster youth, but it’s too early to measure the program’s full impact. The University of Arizona offers the Foster Care to Success tuition award and helps students get connected with Arizona Assurance, which provides the peer mentoring and relational support these students need.

Grand Canyon University is private and doesn’t fall under the state mandated program, but has programs and tuition help through scholarships and tuition “discounts” based on high school GPAs for foster youth. GCU works with Hope and a Future, a charity that provides financial help for foster youth who want to attend college.

For ASU freshman Carpenter, the program has many benefits.

See what #ASU is doing w/ their Bridging Success for #fosteryouth from Freshman year to Graduation on @cronkitenews pic.twitter.com/mEXMDvgejk

“I think the meaningful part of it (Bridging Success program) is that I genuinely feel close to the students and that I care about them,” said Carpenter. “I want to be around them and it’s not mandated that I only hang out around them. … we’re not just statistics, we’re not just numbers and by giving (us) the resources to be able to attend higher (education) school and maintain a degree is amazing.”

The only advice she had for improving the program would be for the state to apply the tuition waiver before deducting scholarships and grants.

Arizona Foster Youth
Create your own infographics
Share this story: