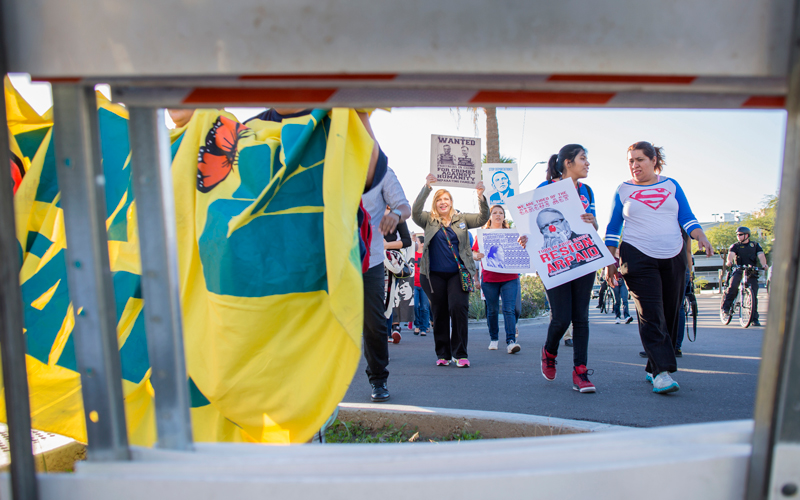 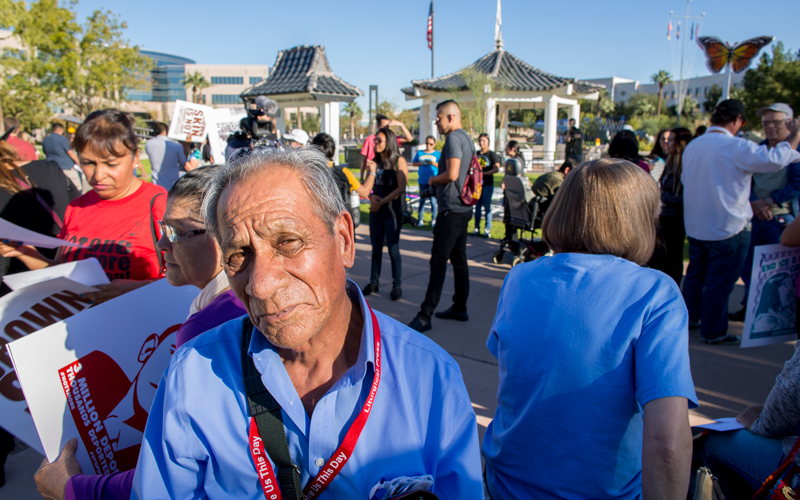 Daniela Jimenez marched alongside her mother. The elementary school student’s father was recently deported to Mexico.

“The last time I talked to him was on September 3rd. He told me, whatever happens [I will] always love you,” said Jimenez tearfully.

Since her father’s absence, she’s tried to comfort and help her mother around the house.
“I help my mom clean. I do my homework, go to school, and get good grades,” said Jimenez. “I told her that everything is going to be fine, and my dad is going to come home some day.”

The father of two U.S. citizens faced a DUI charge in 2011. After he settled the case deportation proceedings were put on hold. But this fall immigration authorities contacted him again.

“My husband showed up to the offices of ICE wanting to do things right and the immigration officer who helped us told us that everything was fine and that he was going to be a free person in the community,” said Adriana Bonilla, head of the family. “Well, a month later they called and asked if he knew he was going to be deported. We were in shock.”

According to PUENTE, an immigrant advocacy organization, nearly 300 people turned out for the march in Phoenix. The demonstration was among 18 others that took place across the country during the National Week of Action. The movement used the campaign #Not1More as they claimed, “ICE is in the streets, So are we.”

It was a year ago that President Obama announced a series of executive orders on DACA and DAPA and said the priority was to deport “felons and not families.” But protesters say little has changed. And families are coping with separation this holiday season.

“We can imagine Christmas. I don’t see how can celebrate,” said Bonilla.