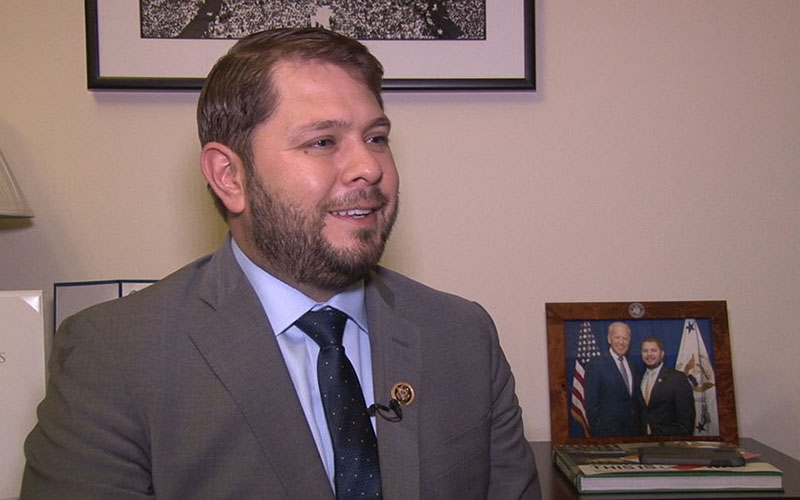 Rep. Ruben Gallego, D-Phoenix, said the partisanship in Washington during his first year in Congress was as bad as he expected, but that he is optimistic about the possibility of improvement in the future. (Photo by Adriana Barajas/Cronkite News) 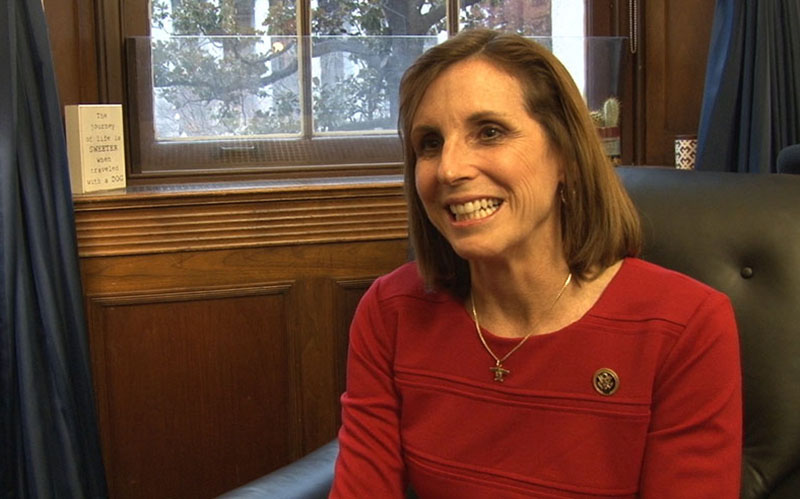 Rep. Martha McSally, R-Tucson, said there have been disappointments during her first year in Congress, but she also pointed out the successes, noting that four of her bills have passed the House and one is now law. (Photo by Adriana Barajas/Cronkite News)

WASHINGTON – Arizona Reps. Martha McSally and Ruben Gallego knew when they were sworn in to their seats in Congress in January that there were problems with partisanship and productivity in Washington.

And Washington, for the most part, did not disappoint.

But as they near the end of their freshman year in Congress, which veered from gridlock to a history-making papal address, both lawmakers said they have seen successes and they are hopeful for more.

Both said that navigating politics in Washington can be difficult. Gallego, a Phoenix Democrat, said it’s harder to get things done than in the Statehouse, where he served for four years. McSally, a Tucson Republican, said it’s different than the mission-oriented, fact-based objectives she was used to in her Air Force career.

“I often say that Washington, D.C., can be a fact-free zone, and sometimes a lot of rhetoric gets pushed around that are not related to the facts of a particular issue,” McSally said.

In order to be successful, both representatives talked about the importance of relationships and friendships in Washington, which often pave the way to getting things accomplished.

McSally said joining the congressional football team was a “fantastic” opportunity to develop relationships and garner support across the aisle, adding that she was able to approach Democrats on the team to get behind a mental health bill she sponsored.

Gallego said it hasn’t been hard to reach out to Republicans in terms of relationships and friendships, and he praised the across-the-aisle collaboration on smaller bills and projects. But on larger issues, like infrastructure and rising student debt, he said there is less collaboration because of what he called far-right conservatives making it difficult.

“I expected it to be not easy – it’s worse than I thought,” Gallego said, placing the blame squarely on the Republicans.

But McSally, who is a member of the Armed Services and Homeland Security committees, said governing is possible. She said she is proud of many accomplishments in the face of the D.C. dysfunction, which she accepts as a reality of Washington.

“I’ve gotten four pieces of legislation passed through the House and one actually signed into law so far,” she said.

McSally singled out the Jobs for Veterans Act as particularly satisfying. She touted the act – which became law in October – as a successful endeavor to bring two bureaucracies together in a “common sense solution” for providing jobs to qualified veterans.

She is also proud of several other pieces of legislation that specifically benefit Arizona, including language in the highway bill that she said is important to helping infrastructure and increasing trade with Mexico.

“It’s been an absolute honor to be representing southern Arizona,” McSally said of her first 11 months in office.

Gallego, who serves on Armed Services with McSally and is also a member of the Natural Resources Committee, said he has co-sponsored and been a part of many successful bills, but is especially proud of the meaningful work his office has done to affect everyday lives in the state. That makes him ultimately hopeful and determined about the future.

“I am hopeful every day,” he said. “My job here is to come to D.C. and work to make my constituents’ and other Arizonans’ day and life better and their future for their kids to have the same opportunity that their parents had. And I’m going to continue doing that no matter what.”