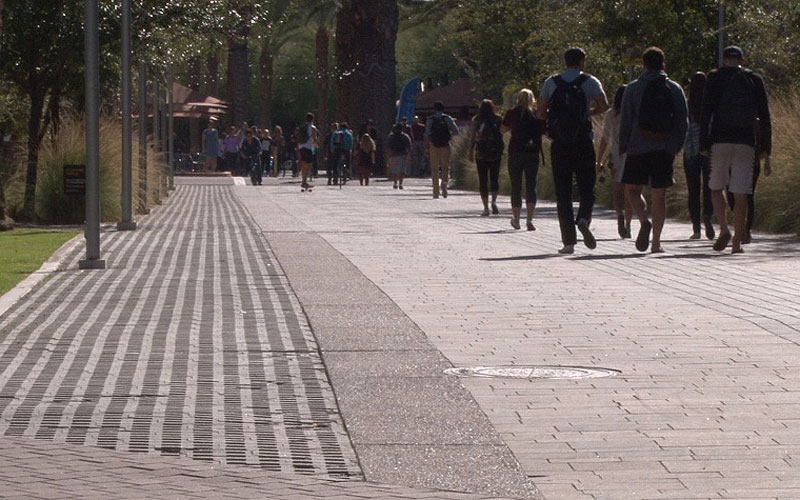 The goal is to add more than 60,000 students to Northern Arizona University, Arizona State University and the University of Arizona’s campuses, driven by the desire to increase the number of college-educated adults in Arizona.

Each school worked with the Board of Regents on the initiative, setting population numbers university officials believed they could attain by the start of 2025.

ASU is already the nation’s largest public institution, but it wants to add more than 35,000 students to reach a 125,000 student populace, a number university President Michael Crow called “challenging” but “exciting.”

“The people of Arizona are counting on us to figure this all out and do so at a level of unparalleled quality,” Crow said in a statement sent via email. “We have much to do and I am very excited to be a part of this effort at ASU.”

Crow added that expansion at ASU would focus on “the non-Tempe campuses,” primarily the West and Polytechnic locations.

But some students still fear overpopulation in classrooms and on campus.

“The class sizes are already pretty large,” said Nicolas Farrell, a freshman at ASU’s Tempe location. “So I don’t know if they’re just going to try to make them larger (or) if they’re going to have to build larger student halls to store these kids.”

Other students aren’t as concerned.

“As long as they can have staff and a place to put everybody, then I don’t see what the problem is,” said Abby Searl, another ASU student. “Better education offered to more people is always good.”

And that’s the perspective of the Board of Regents and its president, Eileen Klein.

Klein said students shouldn’t worry about if quality will diminish because of quantity, because she doesn’t think it will.

“No one would ever question, in the case of Apple as an enterprise, whether they’re both a large company and a high-quality company,” Klein said. “Likewise, we should expect that our universities are positioned to deliver high-quality education.”

ASU representatives sent an additional statement, adding that the school “is not defined by whom we exclude, but by whom we include. This has attracted high-caliber students who have and will continue to receive a quality education.”