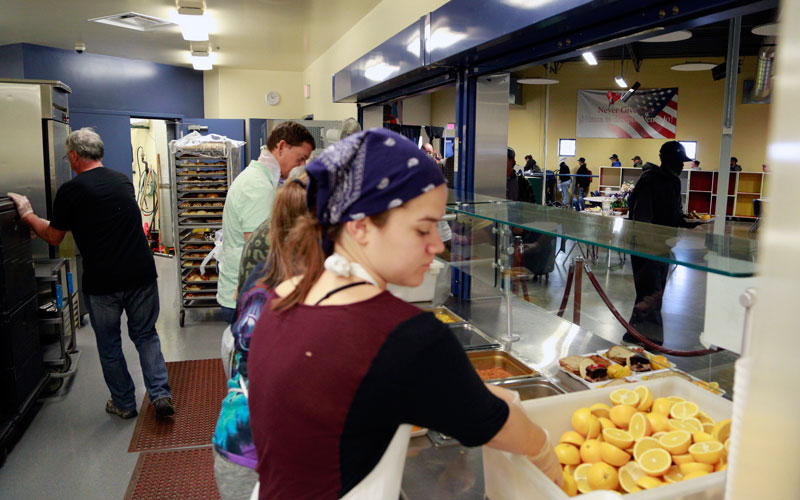 St Vincent De Paul has seen an increase in volunteers this year but say they still need more help. It has five valley locations with kitchens each expected to feed about 4,500 people a full Thanksgiving dinner. (Photo by April Morganroth/Cronkite News) 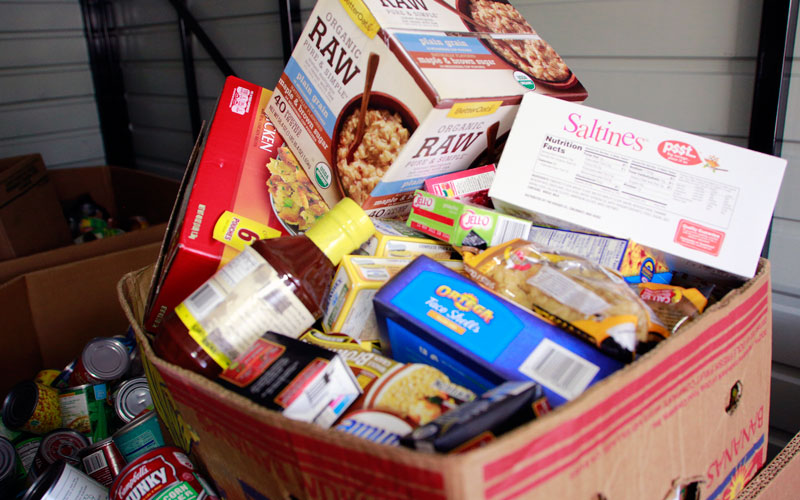 Xavier College Preparatory school in Phoenix beat their 40 thousand can food drive goal with their decades-old tradition ‘can your skirt’ promotion to donate to St. Vincent De Paul charities and raise awareness in the community. (Photo by April Morganroth/Cronkite News) 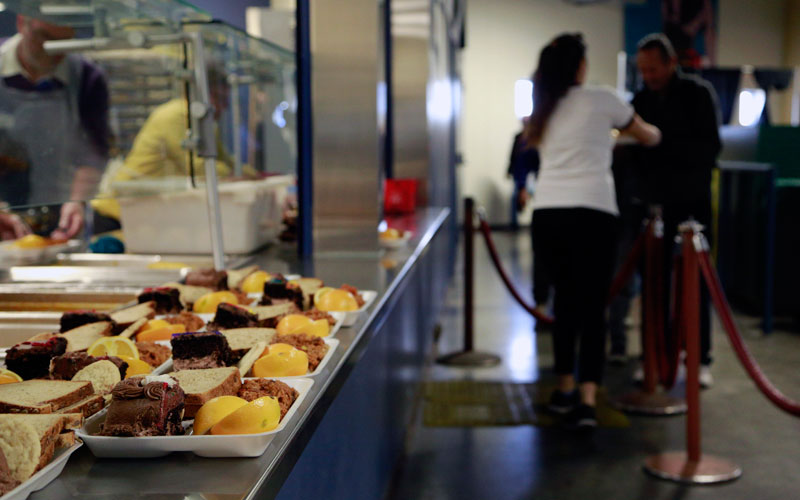 St. Vincent De Paul Food Bank said that donations have been up compared to last year, but that they could still use more donations and volunteers in their food reclamation warehouse and serving kitchens. (Photo by April Morganroth/Cronkite News)

“Xavier is really based on tradition of serving others,” said Ainsley Ramsey, senior at Xavier College Preparatory in Phoenix. “As women of faith we really we wanna make a difference here at Xavier.”

Ramsey said that in order to do that they are raising awareness throughout their school and their communities by having a “can your skirt” day food drive when the girls donate six or more cans that will go to St. Vincent De Paul food bank in exchange for being able to wear pants for a day.

“On ‘can your skirt’ day we have all hands on deck,” said Gail Hartman Xavier College Preparatory teacher and National Honors Society faculty adviser. “Participation goes up quite a bit when we do a ‘can your skirt day.’ ” Hartman said about 60 percent of the students had already participated in the one week alone and that being able to ‘can your skirt’ is an effective driver in getting the girls to participate and raise awareness.

Organic local turkeys from Gilbert sell out in a day

It’s a decades-old tradition that many administrators and teachers participated in when they once walked the halls as students. Xavier College Preparatory has made and exceeded their goal of collecting 40,000 cans for the past 14 years.

The prices of turkeys have gone up $1.60 per pound this year compared to last year, according to the Department of Agriculture, with a turkey that will feed 4-6 people costing about $23. The Department of Agriculture also said that the price of a full Thanksgiving Day meal has gone up 70 cents from last year, costing an average $50.11 for a family of five or less or about $10 per person.

Another Valley school also focused on a canned goods drive.

“We do have an underprivileged district and school in particular,” said Darren Hill, physical education teacher at Griffith School in the Balsz School District. “For those who aren’t really able to give money they are actually able to come up with canned food items that they found in their pantry or that their parents maybe another can or two at the store.”

Hill and some administrators worked with St. Mary’s Food Bank to devise the food drive called “Kids Feeding Kids” to raise awareness. Hill said it really is about kids feeding kids and the younger you start talking to children about the importance of community giving, the better the community will be in the long run.

“We tried to get away from prizes or anything. We wanted the kids to be able to do this on their own. They weren’t really getting anything for this other than giving back and that is what we were really striving to do,” said Hill. He said that the attitude of giving back to our community and those less fortunate than themselves is the message they hope their students got this holiday season.

St. Vincent De Paul Food Bank said that donations have been up compared to last year with preliminary numbers, but that they could still use more donations and volunteers in their food reclamation warehouse and serving kitchens.

“My parents set the example that life is giving and doing for others,” said Judy Bawcom, St. Vincent De Paul volunteer for 19 years, “it’s a treasure” to help others. Bawcom said that there is more joy in giving than receiving.

Last year St. Vincent De Paul distributed 1,443,409 meals and 6,062,004 emergency food boxes throughout the Valley. This year they will be open to anyone in need of a meal for Thanksgiving in one of their five kitchen facilities Valley wide.