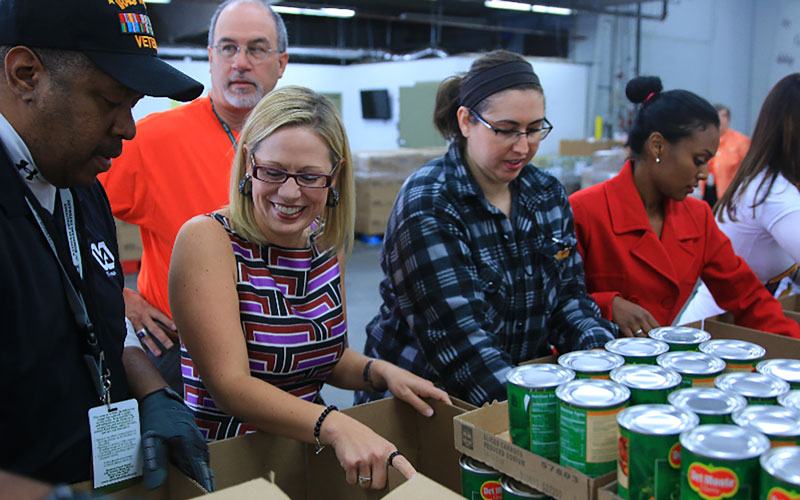 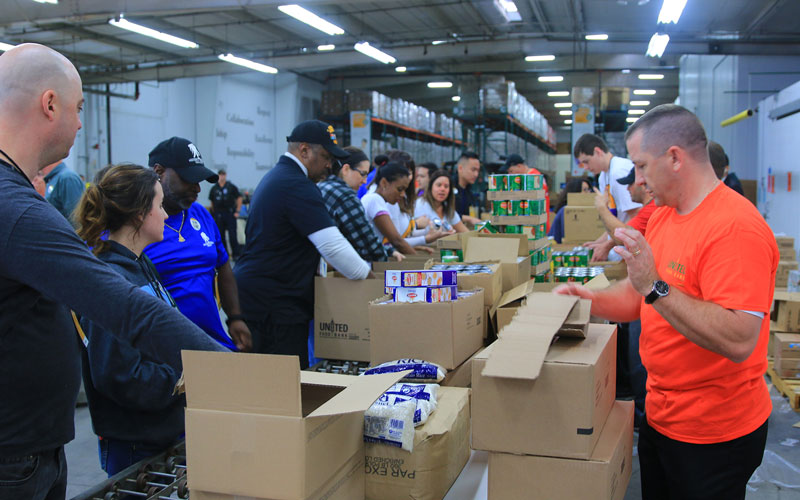 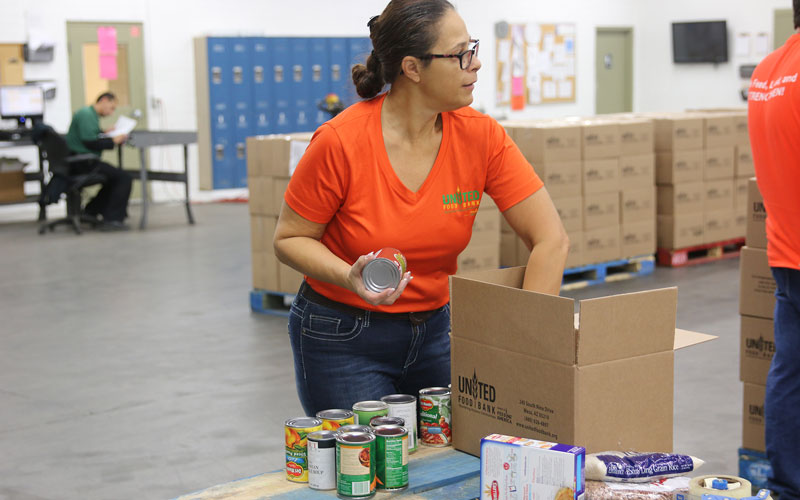 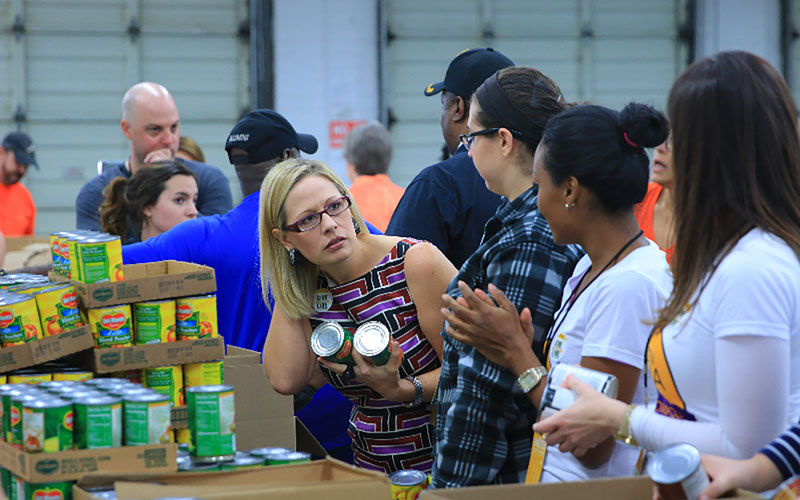 United Food Bank called on volunteers to help pack emergency food boxes that will be delivered to hungry children, seniors and families in time for the Thanksgiving holiday.

Congresswoman Kyrsten Sinema was one of the volunteers in attendance, along with a team from the Wounded Warriors Project, as part of a service her team does annually.

“Hunger is a very personal issue for me,” she said. “I want to make sure that every family in Arizona gets access to the healthy food they need.”

Sinema noted that, as a child, she grew up in a family that didn’t always have enough food to eat.

“When we were homeless, we relied on food banks just like United Food Bank to help us make ends meet,” she said. “That’s why we’ve joined today with the Wounded Warriors Project to volunteer and help put together food boxes for hungry families.”

Ginny Hildebrand, CEO of United Food Bank, said the organization packs food boxes and sorts food from food drives weekly at the volunteer annex with help from roughly 3,000 volunteers a year, but today they had a high demand and an abundance of help.

“We’re so busy today that we had to move to the distribution center so that we could have two activities going at the same time,” she said.

When the packing for the day ended, the volunteers at the warehouse had put together 663 meals to be distributed this week.

“United Food Bank is working hard to ensure that every family that needs a food box for the Thanksgiving holiday will leave with one of those food boxes before their family’s Thanksgiving,” Sinema said. “And at the rate we’re working right now, I think we can get there.”

The United Food Bank is accepting turkeys and volunteers on Monday, Tuesday and Wednesday from 8 am to 8 pm at 358 E Javelina Avenue, Mesa, AZ 85210.